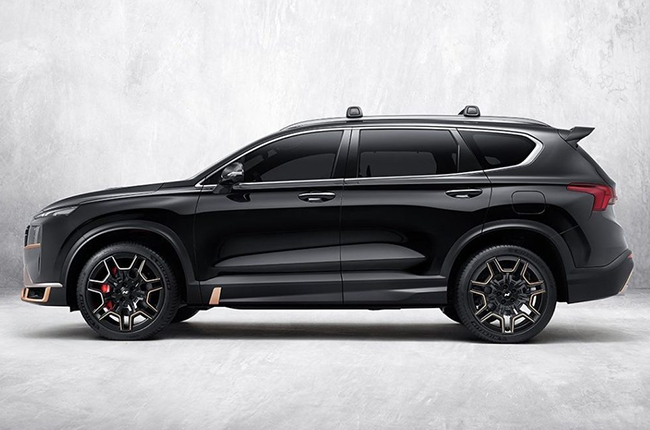 The Hyundai Santa Fe is known to be a family-oriented crossover as it sports a number of practical accompaniments such as a spacious cabin and some quirky features which are sure to appeal to most buyers of today. Just recently, the model has undergone a mild refresh, which surprisingly looks sleeker and bolder than before, especially its front fascia which is quite distinctive. Despite its already-good looking appearance, Hyundai has released the N Performance parts for its refreshed crossover, the Santa Fe. Yes, you heard it right, ‘N’ is a letter that’s often associated with high-performance Hyundais. Perhaps, this should entice those people who want to spice up their Santa Fe.

Related: Here’s an alleged sketch of the 2021 Hyundai Tucson’s interior

As per ‘The Korean Car Blog’, the following N-performance parts will only be available in South Korea later this year, perhaps, for now. Apart from the Hyundai Santa Fe, there are also optional parts available for both the i30 and Veloster. Though it still looks so darn good in its stock form, the following aesthetic upgrades did uplift the overall look of the midsize crossover. 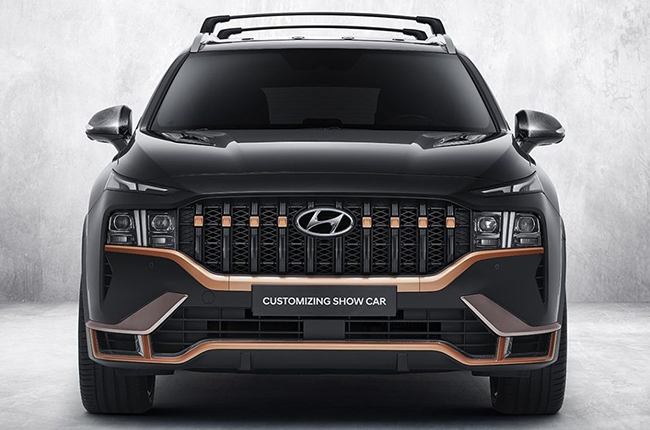 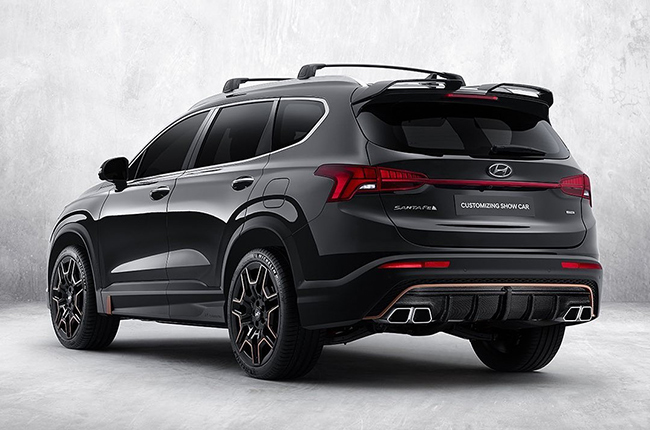 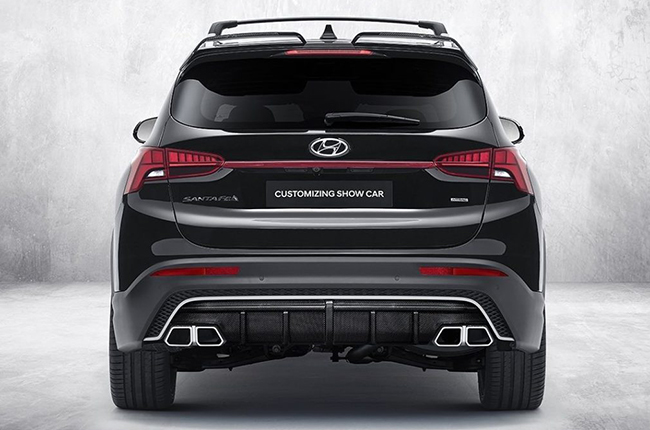 Exterior-wise, the Santa Fe is treated with a newly designed front bumper and grille that’s more aggressive than its stock counterparts. For the side, you get a unique set of 21-inch rims that's blacked out and accentuated with gold accents which sports the same treatment applied on the front bumper and grille. As for the side mirrors, it now sports a carbon cover which further empowers its overall sportyness. The rear also gets a revised bumper which gets the accentuated with gold accents for consistency and a new rear spoiler. Moreover, the N-performance package includes a carbon diffuser, carbon bonnet garnish, performance brakes, fender flares and side steps. 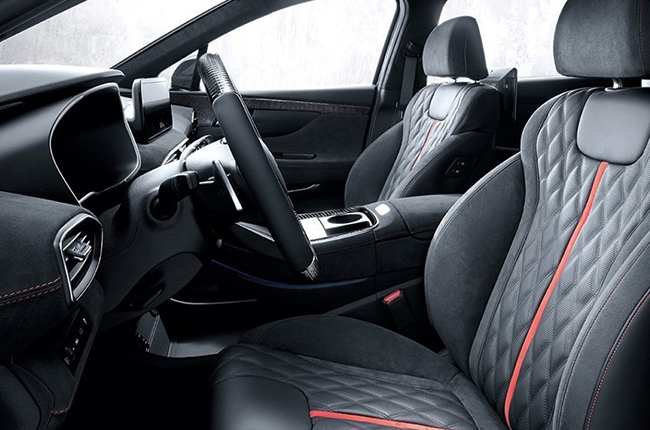 Moving inside, its seat upholstery is alcantara with red accents, notably, there’s also an application of carbon fiber for the rear portion of the seat, this replaces the plain plastic found in its stock form.

Still no official statements if the brand plans to bring its N-performance parts throughout the rest of the globe. Although we gotta admit, it is indeed possible to turn a family-oriented Santa Fe into a mean-looking machine.