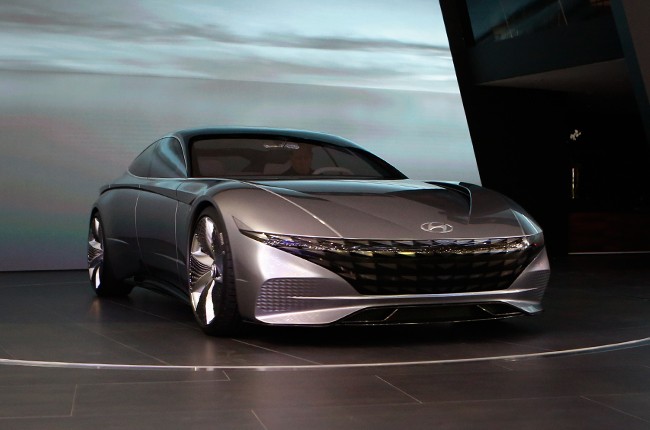 Before we start off with everything, the Le Fil Rouge ('common thread' in English) concept is one decent work of a car design – we can’t argue with that. However, something in it is putting us slightly on the edge. Something like, "gather the five armies, Frodo; looks like the battle for Middle Earth isn't over yet."

We're talking about that 'Cascading Grille'. It's like one heck of a huge slab that seems to have nothing to do with letting some air into the radiators. It looks like a scale mail armor, such as the one on the Toyota Alphard. Yes, it's stylish but if you're more into functionality, this design will make you raise one eyebrow. And wait a sec...oh, there they are – the headlights are concealed in the grille. Speaking of headlights incorporated on the grille, similar style is observed in other brands, like Honda with the Civic, or Mitsubishi with the Expander, or Toyota with the Rush. They're all heading towards the same direction: grille engulfing the headlamps. The style is also observed in the Volkswagen Arteon, sixth-generation Nissan Altima, and the Aston Martin Lagonda Vision concept. Well, it seems like it's the trend now, apart from the hexagonal style.

The Le Fil Rouge concept features what Hyundai calls 'Light Architecture'. This approach is what makes the front and rear pillars seamlessly blended to the roof. The car has a long hood and a raised rear, which is complemented by the arching character line on the side. 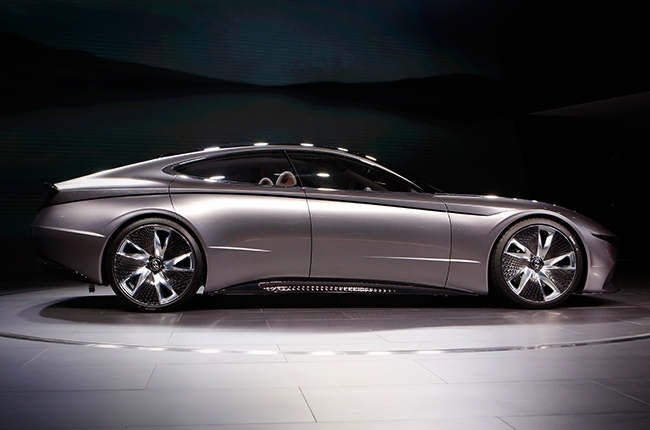 Meanwhile, the interior features aircraft-inspired ventilation, as well as revitalized wood and high-end fabrics. But, the thing that fuels our curiosity the most is the haptic technology featured on the panoramic floating display – hooray for holograms?

Overall, the Hyundai Le Fil Rouge is an intriguing concept. It's something you'll want to see face-to-face after seeing it on the internet. The Korean concept car is currently on display at the 2018 Geneva Motor Show until March 18.