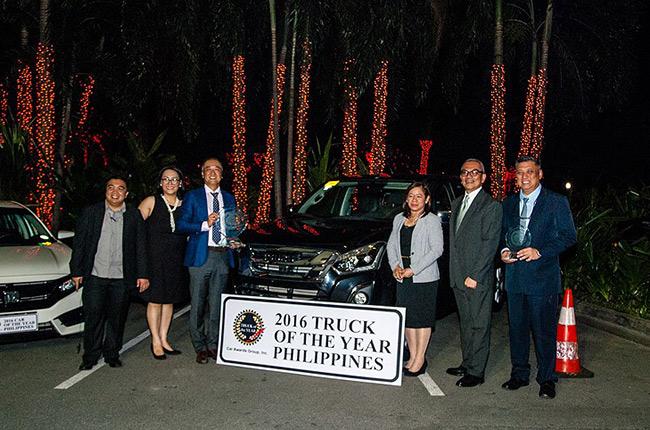 The Isuzu D-MAX emerged in the top spot for best truck in the country despite the presence of newer and more expensive models in the market.

The awards gala was held last November 21, 2016 at One Rockwell East Tower in Makati City. Included in this year's testing for the awards were almost a hundred different models from all vehicle segments in the Philippines.

The awards, according to CAGI president Robby Consunji, is the only one in the country that is based on instrumented tests used to gather real-world acceleration, braking, and handling performance evidence. He further noted that the awards will hopefully be a basis for consumers for choosing the right vehicle for their next purchase.