Isuzu Philippines Corporation (IPC) formally holds the groundbreaking ceremony for its new dealership in La Union. This brings the Japanese brand one step closer to hitting its goal of 50 establishments nationwide.  Currently, the automotive manufacturer has 43 dealerships nationwide. The new showroom will feature the full roster of the Japanese brand such as the mu-X, D-MAX, and its series of trucks such as the N-Series, F-Series, and the newly introduced Traviz.

IPC led the ceremonial installation of the time capsule on the 7,300 sqm lot. The site is located along the national highway in Barrio Paringao in Buauang, La Union. The facility is expected to be finished by mid-2020. The new outer facade of the building features the new design guidelines for Isuzu dealerships which feature a clean and more streamlined interior and exterior facade. 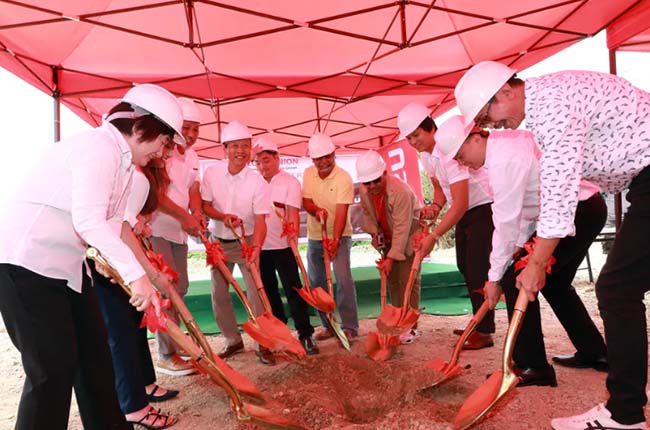 The Isuzu La Union dealership holding true to its union based location also marks a new partnership between IPC and One Maharlika Motor Sales and Services Corporation.

We at Isuzu always look for ways to connect and reach out to our customers. Today marks the construction of our new dealership as we aspire to serve our customers here in La Union. Isuzu La Union will be a place of finest Isuzu vehicles, genuine Isuzu parts, and exceptional services
Hajime Koso
IPC President

Koso further adds by saying that La Union is known for its tourism industry and its economy is diversified with service, manufacturing, and agricultural industries spread throughout the province. He continues by saying that IPC is very happy to establish its presence in La union in response to the area’s growing transportation requirements.