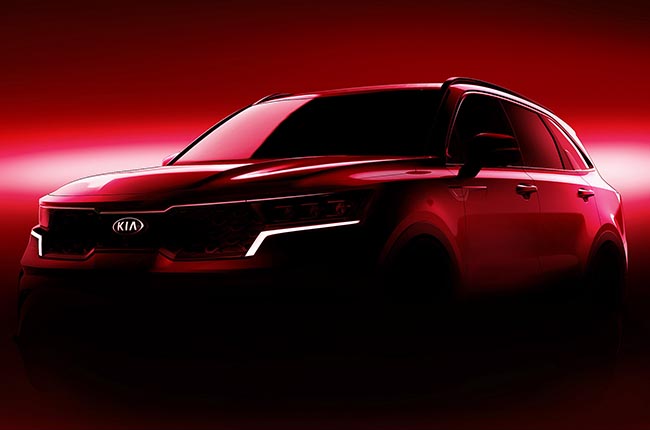 Kia has released teaser images of its all-new Sorento midsize crossover SUV. While the official teaser photos still leave a lot to the imagination, what can be seen is that the all-new crossover will feature a tiger-nose grille.

Along with the grille, the fourth-generation Sorento will also feature a distinct set of headlights akin to that seen in the new Seltos. Unlike its smaller crossover stablemate, the bigger Sorento will have L-shaped daytime running lights right under the headlights. Its lower bumper also chiseled design with what appears to be air ducts or vents on either side of the bumper. These look functional but might just be there to add to the design.

Following the trend of redesigns, the hood also gets a fresh look. While the 2020 Sorento retains the same clean lines, there is a bump in the middle giving off a muscular vibe to the hood. 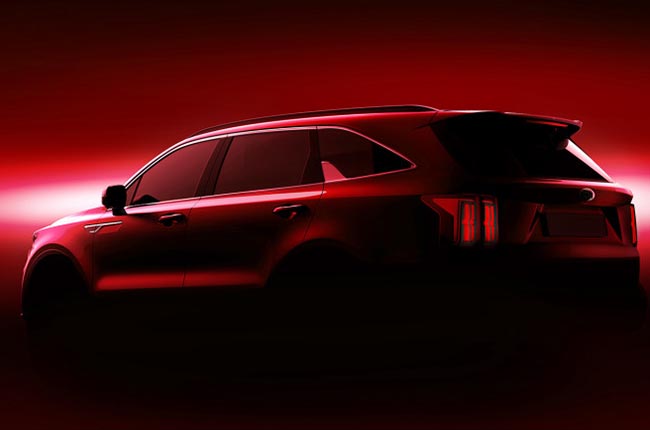 The Sorento’s rear features a pair of redesigned taillights. They now come in a vertical design compared to the previous generation’s horizontal setup making it look like a slimmer version of the Palisade’s rear lights. The tailgate of the vehicle also receives a revamp. It now appears bigger and wider than before and features a couple of new sharp angles to complement the new design.

For the side of the vehicle, the 2020 Sorento has a tall beltline that abruptly rises up and ends in a corner which then cuts sharply to the roof. It results in an angular D-pillar. What appears to be a chrome triangle accent can also be seen on the lower part of the D-pillar window.

A lot is still unknown about the vehicle, such as the official specifications of the interior, what kind of safety features it will have, and what kind of power plant it will possess. But for now, only time will tell. The Korean crossover is set to make its official debut at the Geneva International Motor Show in March. Only then will we find out what surprises Kia has in store with its newest offering.