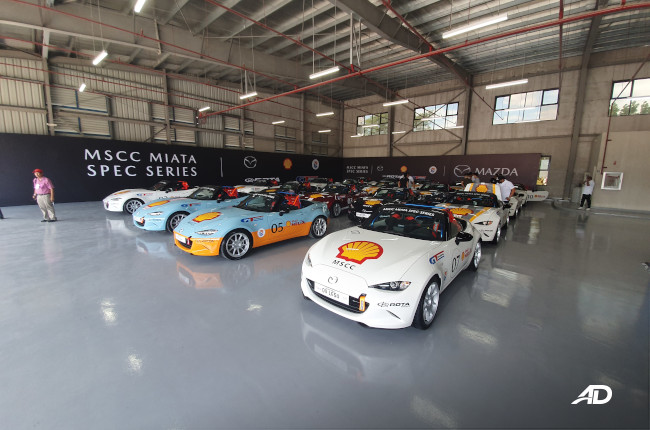 Today marks the official launch for the Mazda Miata Spec Series, made possible by Mazda Philippines along with the Manila Sports Car Club (MSCC) and the Clark International Speedway (CIS). The launch was held at the Mazda Center for Excellence in Cabuyao, Laguna.

The 2022 MSCC Miata Spec Series will be the first official one-make racing event by the MSCC, and it is also a first for the Mazda brand in the Philipipnes. The series will serve as the Club’s official racing event for this year, and all of the cars will be raced exclusively by MSCC members. 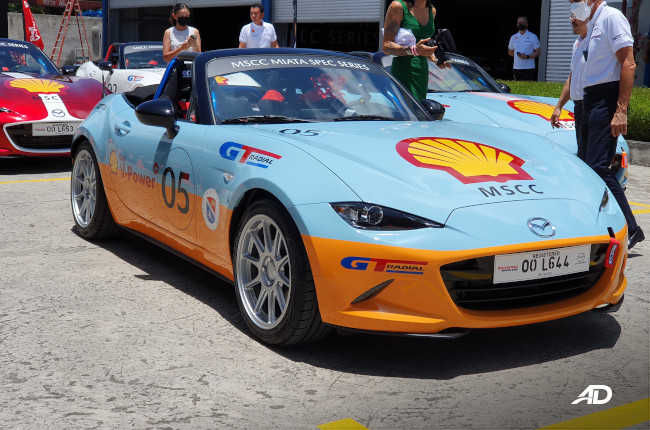 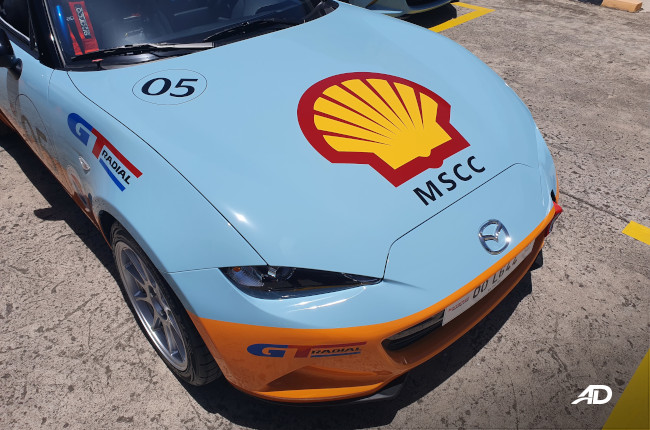 Made possible by Mazda Philippines with help from its event sponsors which include Pilipinas Shell Petroleum Corporation (PSPC), GT Radial tires, and Rota Wheels, the event will have a total of four legs at CIS. 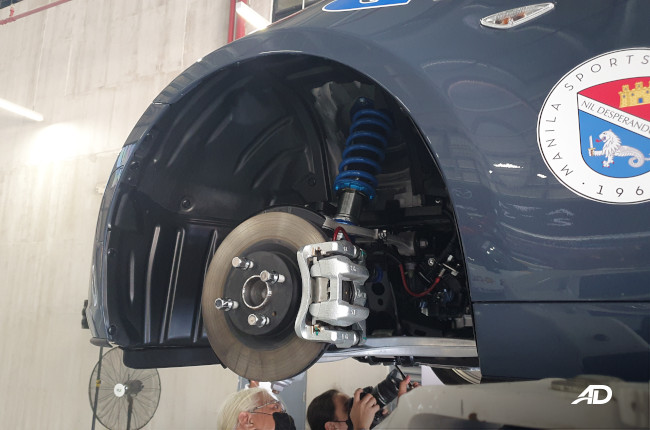 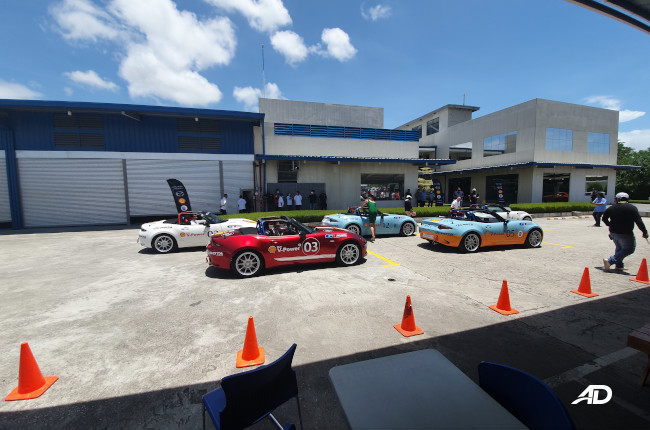 As for the cars, all 20 of the Miata Spec MX-5 Soft Tops are fitted with race-specific parts to ensure the convertible is as safe as can be on track reinforced by Cusco chassis components which include sway bars,  braces, and a roll cage. The coilovers are also from the Cusco brand, which improves handling. Some of the components are also branded Mazda Speed which is the Kodo brand’s tuning arm that specializes in performance parts for its vehicles. 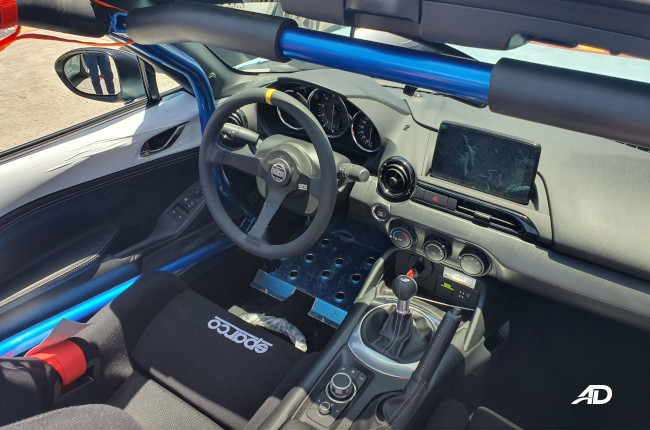 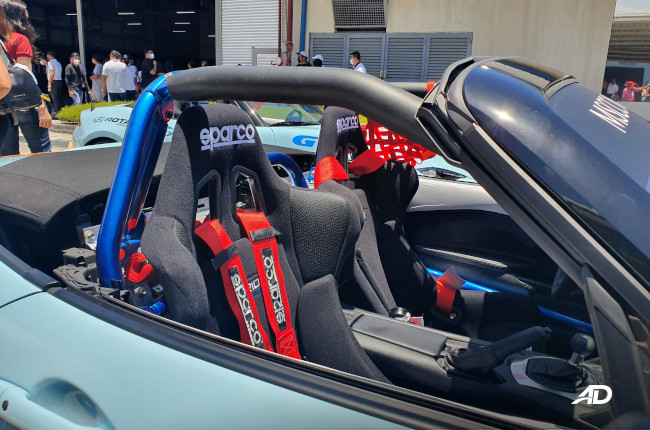 In the cabin, Sparco contributes to the Miata Spec by adding a bunch of race-ready enhancements which includes a steering wheel, bucket seat with harnesses, netting, and tow straps that refine the ergonomics of the roadster for the track and readies it for the rigours of the race track. 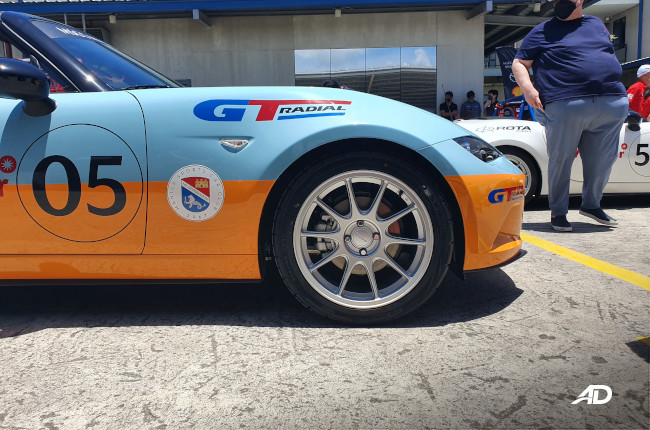 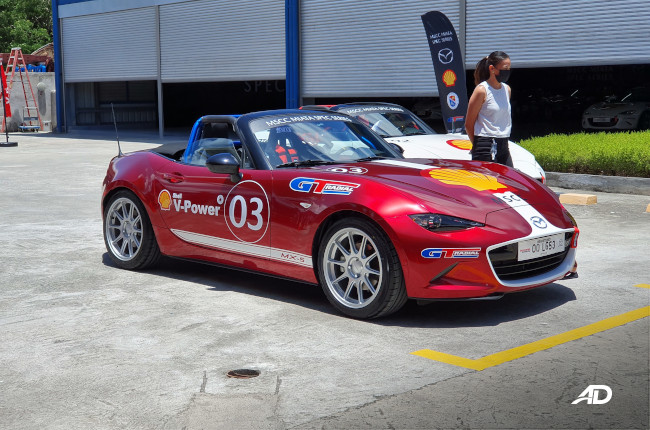 Rota Philippines also joins the party with a custom set of 17x8.0 J Rota Strike wheels. These tires are subsequently wrapped in GT Radial’s Champiro SX2 sport tires, and this setup is standard throughout the grid. Finally, for engine-related modifications, the Miata Spec cars will come with a full exhaust system from the local brand, Drift Xaust (pronounced Drift Exhaust). The full system is made from 304 stainless steel and was specifically designed to maximize airflow and let out an aggressive but blanched tone from the MX-5’s four-cylinder motor capable of 181 horsepower. As a one-make race, all of the cars will be standardized for the competition, which means that no other modifications can be made to the cars that will give competitors an edge over one another. The 2022 MSCC Miata Spec Series joins other one-make racing series in the Philippines like the Vios Racing Festival, but with the most popular and best-selling roadster in the world, the Mazda MX-5.