The DENDO Drive Sation features a solar power system that comes with vehicle-to-home equipment (V2H). The V2H system allows the vehicle to charge at the owner’s home using a standard wall plug. This system also allows charging of electric vehicles (EVs) and plug-in hybrid vehicles (PHEVs) at the showroom.

Moreover, the electrified Mitsubishi cars can also supply power back to the showroom, if needed. The whole solar-powered system ensures that the dealership will be charging EVs and PHEVs with clean energy and renewable energy.

The Japanese automaker has already opened 79 DENDO Drive Stations showrooms in Japan. The first of its kind opened in Tokyo back in 2016.

Mitsubishi Motors Corporation (MMC) aims to open DENDO Drive stations in 5 regions in the Philippines. It also plans on releasing the Outlander PHEV, the flagship crossover in Mitsubishi’s lineup, into the country by the end of 2020. The introduction of the vehicle aims to promote a better understanding of electric vehicles and PHEVs in the country and support the development of the local industry and the local economy.

Similar to Japan, the Philippines is a country that often experiences many natural disasters.
Osamu Masuko
MMC’s chairman of the board 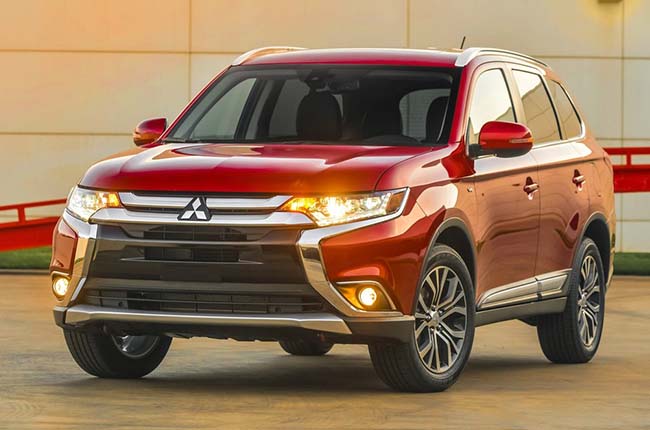 Masuko continues by saying that with the technology of the DENDO Drive Station, communities will be provided with a dependable self-sustaining power source. The hybrid vehicles don’t only generate efficient energy but also serves as a reliable source of electricity during emergency power shortages.

As to when exactly these new charging stations will be seen in dealerships nationwide is still a mystery. Mitsubishi Philippines did not provide details yet about when the exact roll-out will happen. Details for when the exact launch for the Outlander PHEV is also sparse but expect it to launch during the last quarter of 2020. We will update you further once new information comes in about Mitsubishi’s electrifying new plans.