In our Insight Report for Q3 2018, we have noted that the Mitsubishi Xpander tops the list of the most inquired for vehicles on the website, thus making it the first among the popular cars on AutoDeal. The curiosity of the local car buyers towards this highly sought after small MPV from the Japanese manufacturer is actually a shared sentiment across Asia, where in Indonesia alone the demand for this seven-seater family car has resulted to a queue of about 40,000 units in the waiting list.

Related: How fuel efficient is the all-new Mitsubishi Xpander?

Arlan Reyes Jr., General Manager for Marketing Communications & Product Planning, Mitsubishi Motors Philippines Corporation (MMPC), told AutoDeal during the test drive for the Xpander that was exclusive for the media, that they were really struggling to get the number of units that would meet the demand of the Philippine market.

He said, “We had to firmly make them understand that we need to increase the number of the Xpander units for the Philippine market, most especially during this season of giving as well as it is almost year-end. The Mitsubishi Motor Corporation (MMC) heeded to our call, and now, we can say that we have enough supply that would cut the waiting time to one month.” 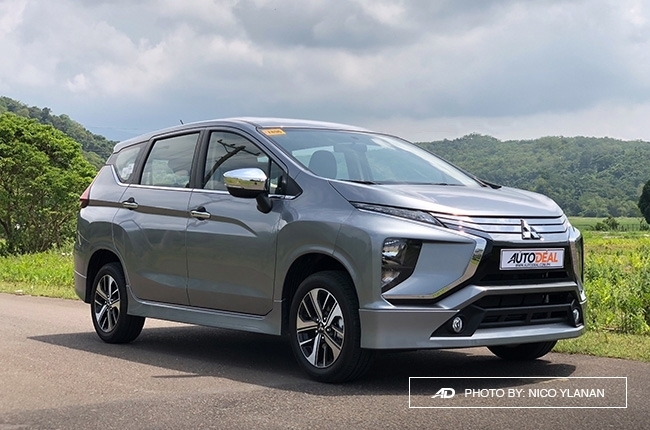 Since the launch of the Mitsubishi Xpander in the country early this year, the interest on this new MPV player has gone through the roof where car buyers had to wait at least three months before they could take home one. Because of such supply issue, there were some opportunities, Reyes explained, that the car buyers opted to take the Montero Sport instead while some shifted to other brands.

But beginning the season of ‘ber months, the MMPC assures car buyers that there will be no need to look elsewhere. The Xpander will be available in steady volume, and will definitely be in the running as the fastest growing nameplate for the carmaker. In fact, it is now actually one of the top sellers in MMPC’s books, with the Montero Sport still considered as the bestseller based on volume.

The continuous growth of the compact MPV could be attributed to what we’ve accounted for in our initial car review of the Xpander, where we reported our observation that it “offers one of the best driving small MPVs in the market to date, combining technology, safety, and comfort in an interesting looking vehicle that deserves more attention.” With a price range of P995,000 to P1,130,000, the Mitsubishi Xpander provides a value proposition that is both competitive and tempting.