Since the arrival of the Mitsubishi Xpander and Toyota Rush in the Philippines, a lot of people are talking or even debating as to which is better. We put both in a classic comparo matchup to know which really is the better choice among the two, along with the season veteran Honda BR-V defending its throne. Which among the Mitsubishi Xpander, Toyota Rush, and Honda BR-V will take home the bacon? 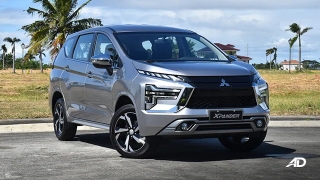 Imposing & Versatile - the Mitsubishi Xpander is the new all-around utility vehicle fit for your family.