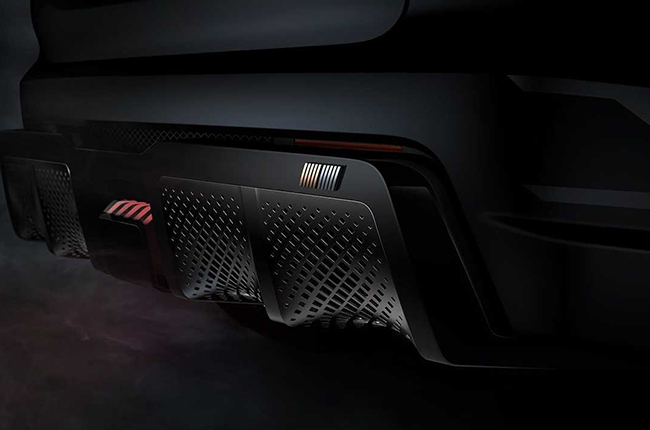 Mitsubishi Motors has released a teaser image of its upcoming Ralliart concept vehicle ahead of its official reveal which was slated for January 2022. While the Ralliart brand itself has officially returned to the Japanese automaker only for cosmetic purposes, there is a glimmer of hope that the concept car could lead to a sporty production vehicle.

The concept vehicle was originally supposed to be debut at the 2022 Tokyo Auto Salon and carries the caption “engineering and passion for Monosukuri challenges craftsmanship.” While that isn’t much to go on, it could indicate that Mitsubishi has something special planned for the upcoming car, as to what is still unknown.

One key takeaway from the teaser image, however, is that the concept vehicle looks like it will come with some sort of sporty diffuser which will be adorned by the Ralliart logo. It is also important to note that the diffuser also comes with something similar to an F1 fog light which is mounted on the center of the diffuser itself. Also evident in the image are thin red reflectors which together with the rest of the design elements hit at an aggressive vehicle.

Something else that we noticed with the teaser image is that there is no visible exhaust tip which could mean that the new Ralliart concept could be an electric vehicle (EV). While this is purely speculative, there have been reports indicating that the automaker could be planning to release a Ralliart-spec version of its Mitsubishi Outlander PHEV which could point to Mitsubishi going with a sportier look for its future electrified lineup of vehicles.

With that said, we will just have to wait and see what the Japanese automaker has in store next year as the new Ralliart concept could lead to something very interesting as more EVs are expected to make their debut next year as well.