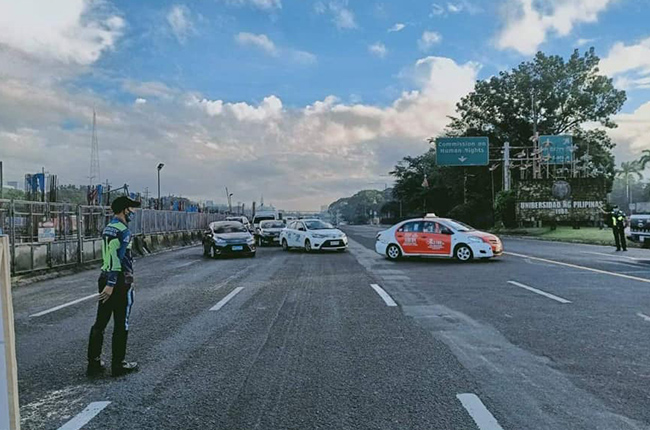 Motorists traversing from Commonwealth Avenue now have access to Carlos P. Garcia via the new zipper lane which serves as a seamless shortcut. Just recently, the Quezon City Government along with the Metropolitan Manila Development Authority opened this counterflow lane along the major road.

Related: The number coding scheme is still suspended according to the MMDA

Since the construction of the MRT-7 began a few years back, many drivers along Commonwealth Avenue have been going through quite a struggle given the horrendous traffic condition. This is perhaps why the authorities have then decided to open this new zipper lane which should alleviate traffic along the major thoroughfare, plus, it should also give motorists more convenient access to University Avenue.

As per Alberto Kimpo, Quezon City Assistant City Administrator, instead of a road diversion plan along the major thoroughfare, the eastbound lane of Commonwealth Avenue will then have a stop-and-go scheme, specifically vehicles moving towards Batasan and Fairview.

Going further the new zipper or rather counterflow lane shall alleviate the heavy traffic that’s usually being experienced during weekday morning rush hour. It should also serve as the alternative route for motorists coming from Fairview, instead of going through the entire stretch of Commonwealth Avenue towards the Elliptical Road, this new shortcut, as mentioned, shall give drivers easier access to University Avenue.

The zipper lanes can be used from two locations, namely along the Luzon Avenue-Tandang Sora area, where the previous flyover was, and the second is near the UP-Ayala Technohub area. Along with that, MMDA and Quezon City traffic enforcers will be positioned at key locations in order to properly monitor the flow of vehicles as well as prevent any probable accident.

Take note that the new counterflow lane will only be open from 6:00 A.M. to 11:00 A.M. By then, it is expected that this new route will somewhat lighten up the morning rush hour traffic being experienced along Commonwealth Avenue.