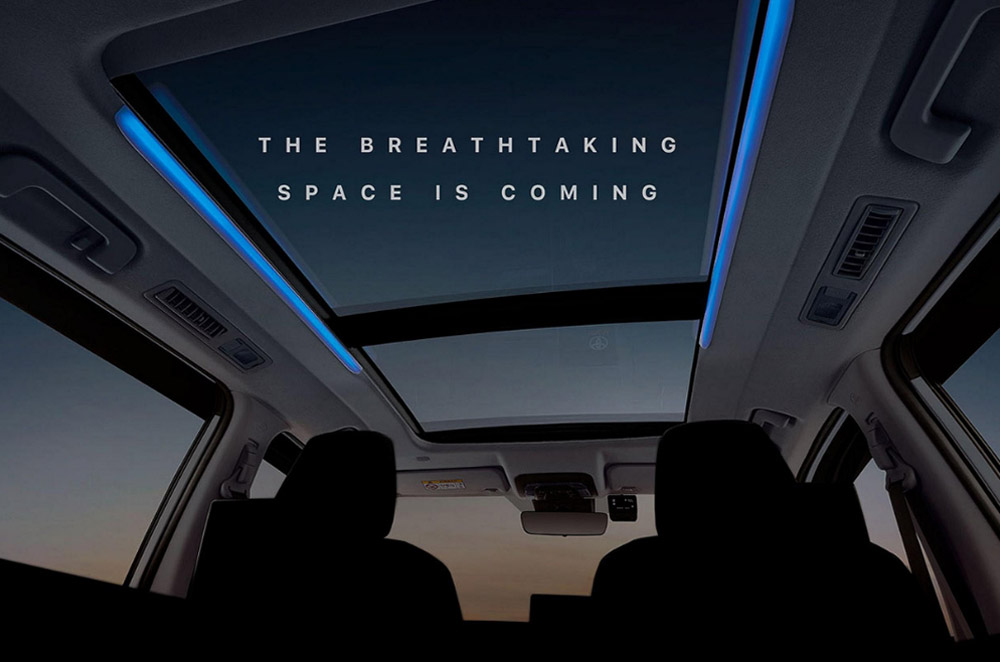 As the launch date for the upcoming 2023 Toyota Innova gets ever closer, more teasers are being unveiled by Toyota slowly showcasing the key features of the next-generation MPV. While the first few teasers all but confirmed that the Innova was going to be hybrid and showcased its new exterior design, this latest teaser shows a bit of the interior of the MPV.

The teaser image shows that the next-generation MPV will have a massive panoramic sunroof complemented by LED ambient lighting. It will also come with rear air vents that are located on the sides of the ceiling instead of the current version which is located right above the front row of seating.

While this is a great glimpse into the cabin, Toyota has yet to show the new dashboard of the vehicle. However, based on what the teaser image shows we could see a floating infotainment system similar to what you would see on the Toyota Raize, Toyota Avanza, and Toyota Veloz. There also appears to be a dashcam also available with the all-new Innova, however, we suspect that it's only for an accessory that will be available for the Indonesian version.

With the Innova looking to have a new more luxurious interior, it seems like the switch to a front-wheel-drive platform could really become a reality. It will reportedly use a new TNGA-based platform that will allow Toyota to equip the vehicle with more features and with a hybrid powerplant. There is still no word on what the actual engine will be, however, some media outlets have already reported it will come with a 2.0-liter naturally aspirated gasoline engine.