Mazda Philippines announced that it has plans to start its own one-make race (OMR) series called the Miata-Spec race series. The series is organized by RaceGAS Dynamics. The main protagonist of the upcoming motorsports event is the race-spec MX-5 sports car, which you can now order through Mazda dealerships.

The aim of the series is to promote gentleman driving etiquette, sportsmanship, and positive racing values.

What’s in a Miata OMR car? 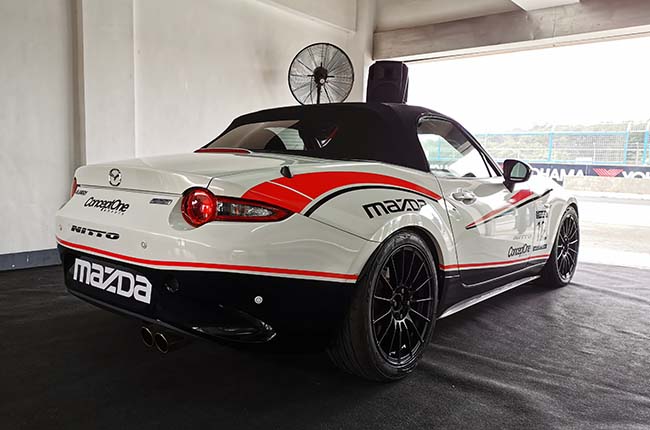 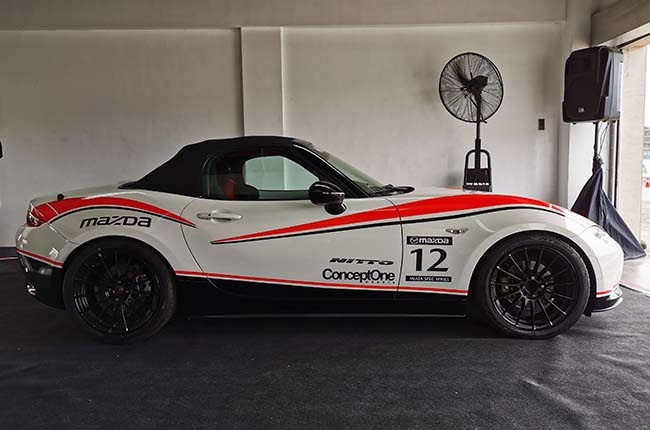 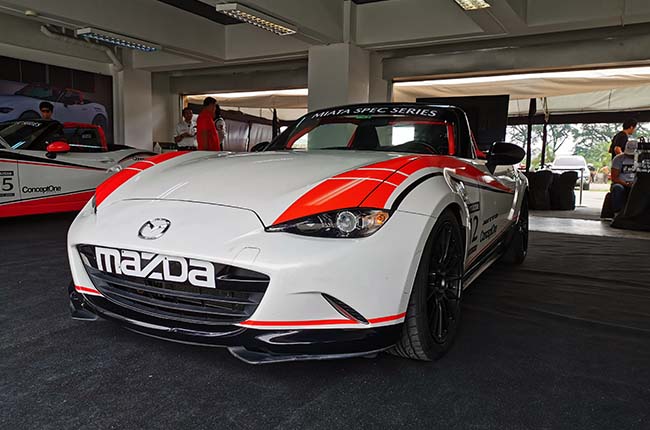 The OMR-spec Miata will have Cusco street coil-overs, Cusco front and rear sway bars, Cusco power brace. The car will also have mods from Sparco such as a racing seat, racing safety Harness, kill-switch, tow harness, steering wheel, and custom footplates. Other mods include a custom exhaust, Mazda Speed strut tower brace, steel-braided brake lines, and a roll cage. The Miata will ride on 17x7.5 Concept one wheels with 214/45/R17 Nitto NT555 tires.

All these can be had for a price tag of P2.5 million pesos, including the car. A hefty price tag but the car and gear you get out of it is worth it. Along with the P2.5M price tag, you do get racing gloves, racing suits, and shoes as part of the package. Not included, however, is the racing fees which both companies say could cost up to P40,000 for an entire four-race season. Mazda will also return all the stock parts that were taken out of the car prior to making the vehicle race-ready. 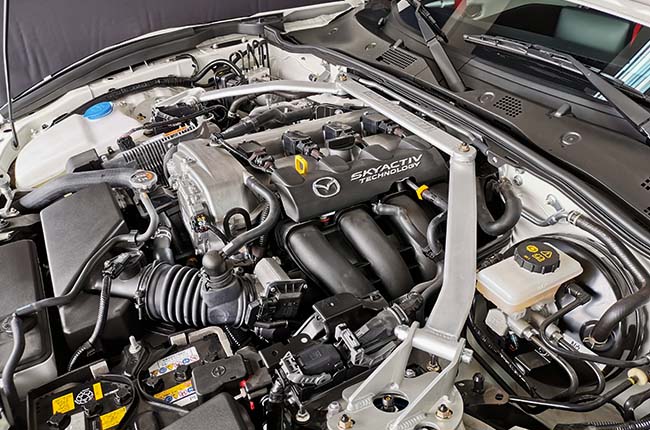 All Miata Spec series cars will retain their 2.0-liter stock engines and drivetrains, as well as brakes and bodywork. The OMR cars will only be using OEM brake pads as there is no extra power added to the car itself. Vital components are to be sealed so that no tampering can occur. Tires cannot also be swapped out, too. All vehicles will be using the Nitto NT555 tires that come with the package. Owners are allowed to swap back to their original wheels and tires after the races.

Similar to that of how the Vios Racing Festival functions, there will be inspections done to the vehicle before and after races. A minimum weight will also be enforced during the series to make sure that there is no weight advantage. This is done to ensure that everyone is on an equal playing field. Everyone will drive the same cars and only driving skill will be the determining factor. RaceGAS further emphasized that only Miatas with these modifications can join the race series. However, current Miata owners are also allowed to enter other racing series with the vehicle provided that their vehicles aren’t modified away from the specifications for the Miata Spec race series. Mazda also wants the vehicles to be useable daily as a commuter car as well.

As of the announcement the current grid consists of eight cars that already have been sold. Out of those eight vehicles, only one is still under the process of modification. RaceGAS says that it takes about 4-5 months to make one of these OMR cars upon ordering the vehicle from Mazda. This gives the company enough time to make sure that the cars are made to meet racing’s high safety standards.