The Formula 1 (F1) teams Renault and Alfa Romeo Sauber have unveiled its 2018 challenger with less than a week to go before pre-season testing. Aside from showcasing their machines, both squads took the opportunity to debut their full driver line-up.

With hopes of continuing its upward progress in both driver and constructor standings, Renault revealed its 2018 challenger called the R.S. 18. This is the third chassis built and developed by the French team since returning to the top-tier motorsport back in 2016.

The R.S. 18 still has its yellow and black livery, however, the former can be primarily seen when viewed upfront while the latter covers the side. It also has the mandatory Halo safety device and redesigned engine cover to conform to the 2018 regulations. 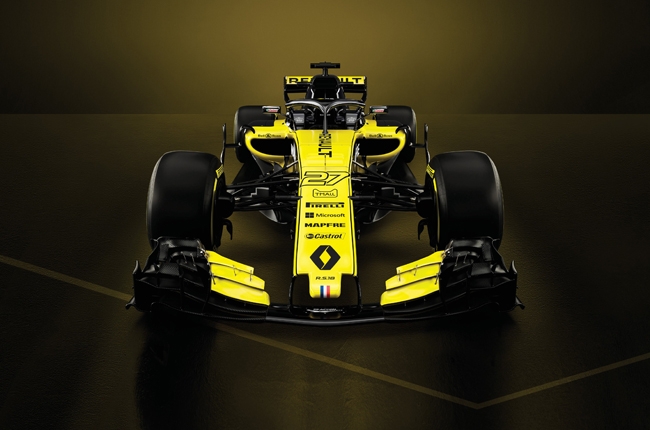 Renault boasts that its new machine has an improved suspension and greater aerodynamic downforce. In addition, the R.S. 18 will be powered by a 1.6L turbocharged V6 Renault R.E. 18 engine that has improved reliability. This is something that the French outfit will need, considering that only three internal combustion engines (ICE), two MGU-Ks, and an energy store unit are allowed for the upcoming season.

Driving the R.S. 18 will be Nico Hülkenberg and newly acquired Carlos Sainz. The pair will be backed up by the third and reserve driver Jack Aitken. As for the development and testing role, Renault picked up Formula 2 (F2) driver Artem Markelov.

If the latter part of last season was any indication of Renault’s 2018 campaign, we could see the French team in a tight race for fifth or even fourth in the Constructors standings with Williams and Force India.

On the other hand, Alfa Romeo Sauber F1 Team also launched its new C37 race car. Like the rest of the 2018 cars, it will come with the Halo and new engine cover. Noticeably, the C37 doesn’t come with Sauber’s blue and white livery, instead, it has the red and white colors of Alfa Romeo.

Marcus Ericsson and the 2017 F2 champion Charles Leclerc will be behind the wheel of the new C37. Hopefully, with Alfa Romeo stepping in, Sauber would climb the ladder this year or at least show some promise now that they have the F2 champ in their stable.