It hasn’t been a while since Subaru launched the Forester for the ASEAN markets. While there aren’t explicit changes in its exterior design, the biggest surprise is the power plant option that’s bound to hit the Philippine shores by January 2019 – a 2.0L naturally-aspirated Boxer engine.

And yet, we’ve gathered a report about the next-generation Legacy – the brand’s midsize sedan offering. Dubbed with the family code B4, the seventh-generation Legacy is rumored to be doing the opposite of what the Forester has done. A report from a Japanese publication, Response.jp, indicates that a turbocharged version of the Legacy is bound to happen, replacing the 3.6L flat-six Boxer engine of the current model. This new mill is projected to produce 260 metric horses, effectively replacing the V6.

Alongside the new turbocharged engine is the mainstay, the 2.5L flat-four Boxer. It is said to have a maximum output of 182 hp, which is a bit more powerful than the current performance figures. 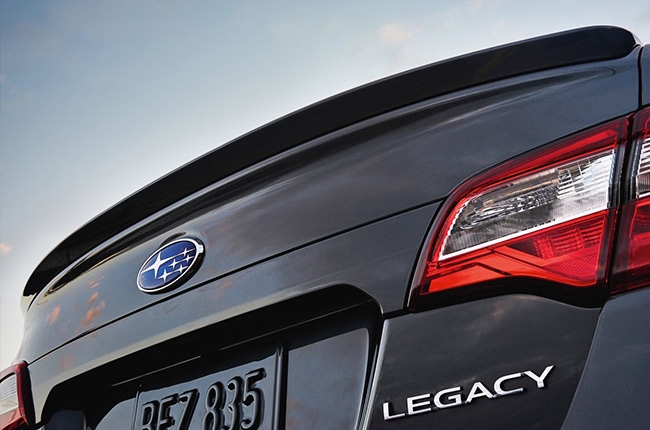 Of course as expected, the next-generation Legacy will sit atop the Subaru Global Platform, as is the Impreza, XV, and now, the Forester. This all-new platform promises sturdier construction and lower center of gravity for better on-road performance. Also, just like the all-new models of Subaru, the Legacy will only have subtle design updates. Not surprising, but we can't say we're not disappointed considering that its rivals – Toyota Camry, Nissan Altima, and Honda Accord – have already stretched their limbs a bit design-wise.

Subaru is yet to release more concrete details about the next-generation Legacy, but the Japanese publication said that it will be premiered in the first half of 2019, and will be officially launched as a 2020 model within the same year. Hope the star-spangled brand reconsiders upping the ante when it comes to design. Or just follow what the XV has started: drop the chromes.