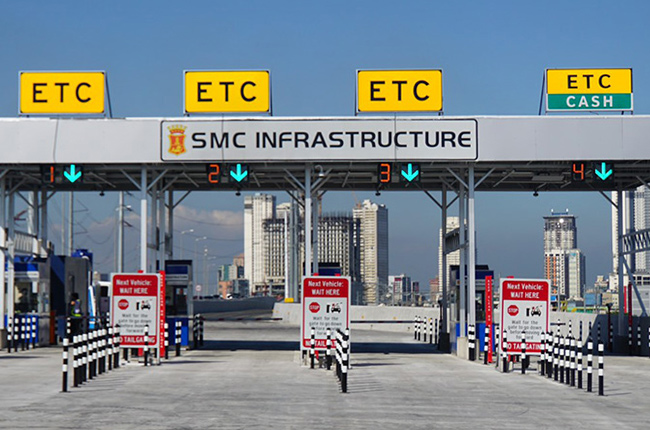 The southbound Quirino exit of the Skyway Stage 3 has just been opened to class-1 vehicles. Motorists coming from Balintawak and Quezon Avenue can reach Manila in less than 20 minutes which is a vast improvement from the previous one and a half hour travel time. The opening was led by San Miguel Corporation (SMC) President Ramon S. Ang together with Department of Public Works and Highways (DPWH) secretary Mark Villar.

The opening of the Quirino southbound exit will greatly improve accessibility from Quezon City and Manila. With more private vehicles diverted to Skyway Stage 3 on their way back from NLEX, or coming from Quezon Ave., to Manila, traffic on our major public roads as well as on streets usually utilized as ‘shortcuts’ or ‘alternate routes’, will be a thing of the past.
Ramon S. Ang
SMC President

The SMC President also mentioned that this newly opened exit “will redound to relief from congestion and faster and easier commutes for many of our countrymen on our major thoroughfares.” His statement ended by expressing his thanks to President Duterte and the government team led by DPWH Secretary Mark Villar.

The full completion of Skyway Stage 3 will divert at least 75,000 vehicles away from EDSA or C5. This is a realization of President Duterte’s promise to decongest EDSA. Skyway Stage 3 is proof that the private sector and the government can work together towards a unified solution.
Mark Villar
DPWH Secretary

Currently, the Skyway Stage 3 now has a total of 15 operational ramps. The following include:

As per Ramon Ang, SMC will continue to deliver motorists quality infrastructures for a convenient and seamless travel as well as to help decongest traffic in Metro Manila.