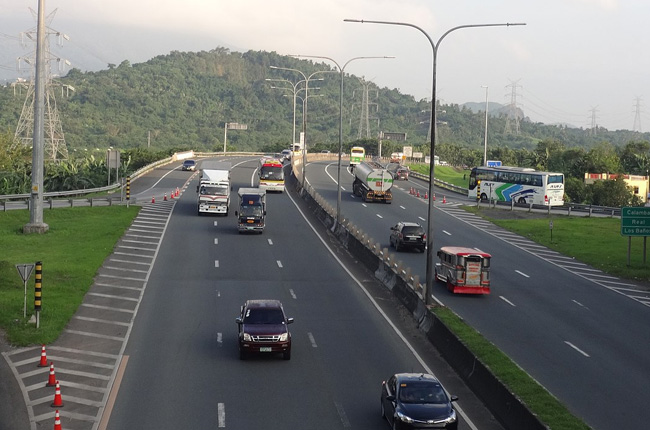 The San Miguel Corporation (SMC) has announced that it is looking to finish work quickly on the South Luzon Expressway Toll Road 4 (SLEX-TR4). The new 66.74-kilometer-long segment will further extend the expressway all the way to Mayao in Lucena City. Aside from this, it will also connect Sto. Tomas, Batangas with Lucena City in Quezon province once construction has been completed. The SLEX extension project initially started in 2019 and is now focusing on Section B in Alaminos Laguna, and Section C in Tiaong, Quezon near the Hacienda Escudero area. Work on Section B is now focusing on the project’s PNR underpass, the Koquinkona bridge, and the Maharlika underpass; all of which run parallel to the Alaminos-Tiaong Bypass Road. Drainage and embankment work is also being carried out on the aforementioned segments as well.

Section C is also on the right track as work on the Tiaong, Quezon interchange has already hit significant milestones. Aside from this other construction works for other parts of the segment are progressing steadily as well. These include the Tiaong Quezon Interchange, the construction of the Tiaong bridge, the Tiaong underpass, and the Dolores bridge as well. Embankment and drainage work is also well underway for the expressway extension project. SMC president Ramon S Ang has also announced that they will pick up the pace of construction on the SLEX-TR4 segment in spite of right-of-way (ROW) acquisitions and pandemic-related restrictions. ROW acquisitions are currently at 92% with another 93% already being appraised by the Development Bank of the Philippines.

We are in the initial stages of construction for SLEX-TR4, but despite the limitations of the pandemic and delays in right-of-way acquisitions, we’re moving forward and making good progress
Ramon S. Ang
CEO of San Miguel Corporation 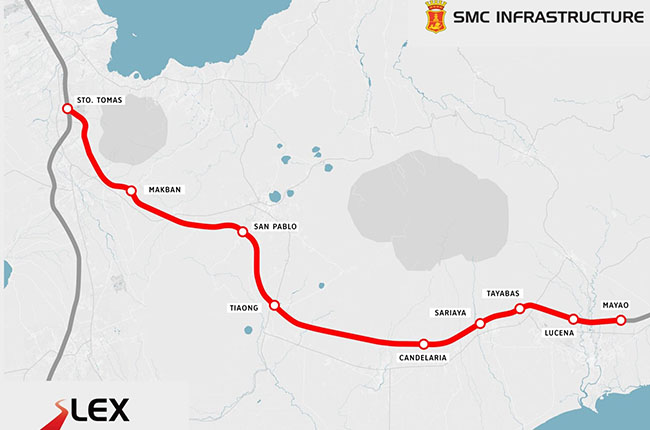 Ang continues by stating that “As with any project of this size, acquiring all the necessary rights-of-way is the primary challenge. While we anticipated that it would take some time, it also doesn’t mean we don’t do anything. We are using the same strategy we utilized for our Skyway 3 project—which is to concentrate work on all workable areas—and then adjust as other areas become available”

There is no official date yet as to when the SLEX-TR4 segment will be completed. However, the DPWH has stated that work should be finished by 2022 but could extend into 2023 depending on the progress of construction. Which gives SMC still plenty of time to finish the several segments that have yet to be completed. Once completed, the 4-lane toll road will be able to significantly reduce travel time between Sto. Tomas and Lucena City during peak hours from four hours down to just one.