Japanese carmaker Subaru will soon release the XV Hybrid tS. It’s based on the regular XV model and is fitted with styling and suspension upgrades from the brand’s performance department Subaru Tecnica International (STI).

Exterior-wise, the XV Hybrid tS comes with a fascia that’s highlighted by a blacked-out lip spoiler. Its sides, on the other hand, are fitted with 17-inch aluminum wheels with orange highlights. Additionally, a blacked-out roof spoiler can be seen on the crossover’s rear portion completing the sporty look. Inside, Subaru wrapped the steering wheel, shift knob, and seats with leather and suede materials. The front seats feature STI logos on the backrests and beige/orange highlights on the torso and thigh supports. Additional beige/orange color accents are found on the door panels and armrests. Other interior details include a piano-black instrument panel and orange-accented air conditioning controls. Aside from the styling, Subaru also fitted the vehicle with STI-tuned suspension upgrades such as new front struts and new rear dampers with both suspensions having new STI coil springs. 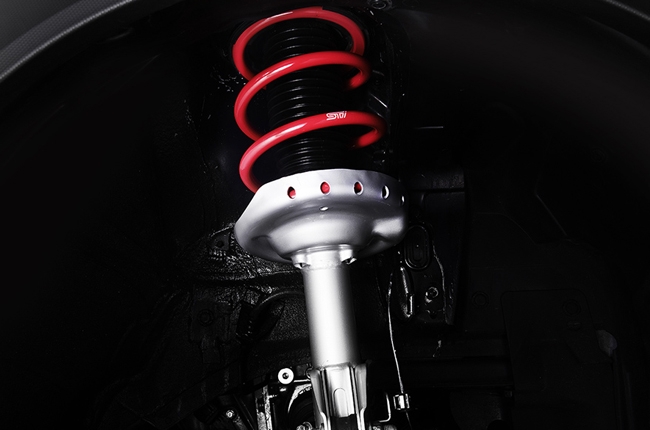 Under the hood, the Subaru XV Hybrid tS is powered by a 2.0L 4-cylinder Boxer engine which is paired with an electric motor and mated to a continuously variable transmission (CVT). Its hybrid engine still produces the same power output of 150 hp and 196 Nm of torque. But what we would really want to see is its fuel efficiency rating, which we think will be better than the non-hybrid XV. Unfortunately, the numbers weren’t disclosed as of this writing.

This hybrid variant of the XV has been recently launched in Japan. Motor Image Pilipinas Inc. (MIPI), the exclusive distributor of Subaru parts and vehicles in the Philippines hasn’t said anything if they will release this locally.