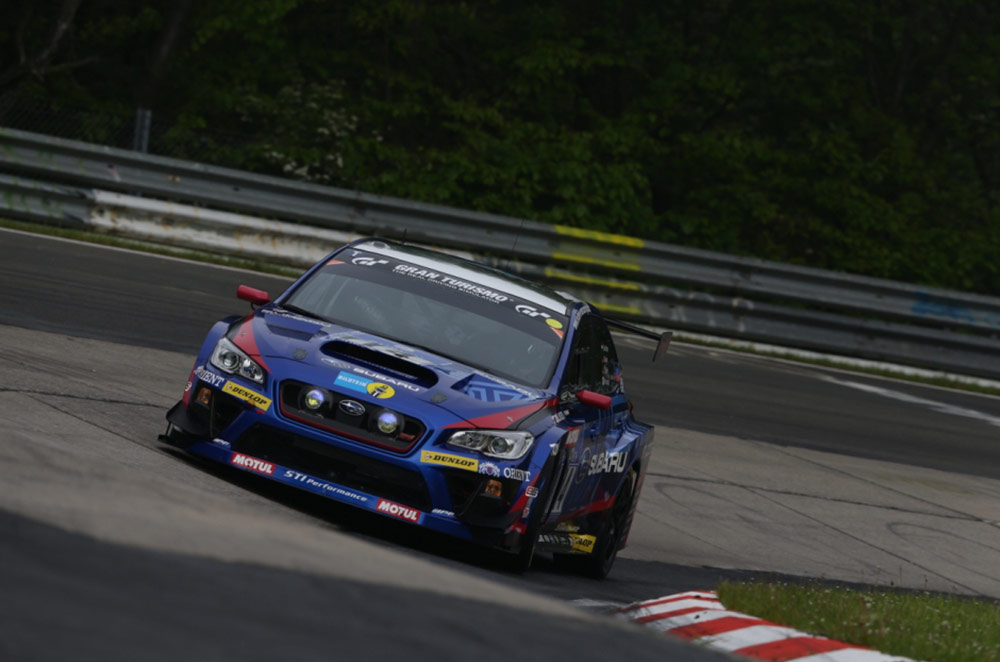 In the past 7 years, Subaru Tecnica International (STI) has won the Nürburgring 24 Hour race twice in the SP3T class. But last time they stood on the top spot of the podium was way back in 2012, or at least that was the case before the 2015 race ended.

The team returned to the Nordschleife with the WRX STI NBR Challenge – the same car that finished 4th last year no thanks to a broken drive shaft. This time though, they suffered no serious problems in the race, which allowed them to finish 12 laps ahead of the of the Lexus RC, Audi TTs, 1st in SP3T and 18th overall.

Still based on a production WRX STI, the NBR Challenge race car runs on a Subaru Boxer 2.0L turbocharged flat-4 from the WRX. The reason for opting with this smaller unit is to comply with SP3T class rules that only allow for turbocharged engines displacing 1.75 to 2.0L. And while everyone else is shifting to either FWD or RWD, Subaru stayed with their trusted Symmetrical AWD drivetrain.

The machine was then shared between Carlo van Dam from the Netherlands, Marcel  Lasée and Tim Schrick from Germany, and Hideki Yamauchi from Japan.

Starting from pole in SP3T, the WRX STI NBR Challenge was already 39th overall out of 152 competitors after only 12 laps. By lap 35 they were up to 29th place and 22nd after lap 63 as the night sky fell. With only 5 hours to go, the team had an 8 lap advantage in SP3T and sat in 20th overall. And after 24 hours of non-stop racing, Subaru crossed the line 1st in class, completing 143 laps and covering approx. 3,629 km.

What's more impressive is the fact that No. 114 WRX STI NBR Challenge was never overtaken by the other cars in SP3T and never lost its lead.