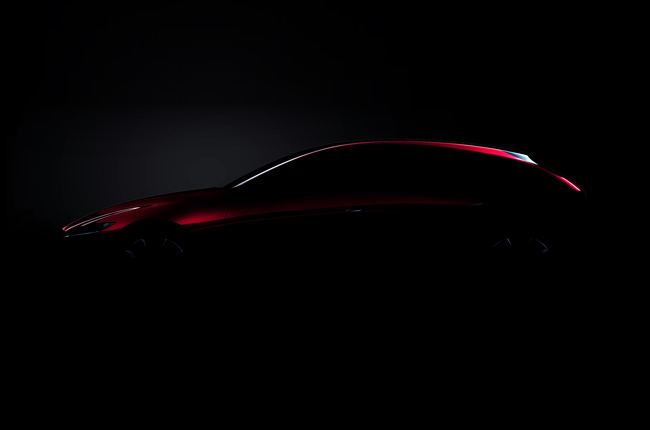 A number of Japanese automotive brands have already announced its participation in the upcoming Tokyo Motor Show. Toyota, Nissan, and Honda are just some of the manufacturers that’s going to showcase their new machines at the said event. Now, Mazda is set to join the ‘Tokyo battle royale’ with 2 concept cars as its main arsenal.

One of the cars that Mazda will bring at the show is the ‘product concept model.’ This is a compact hatchback that will feature the brand’s next-generation technology. Simply put, and judging from the teaser images, this so called product concept model could most likely be the all-new Mazda3 hatchback.

The images suggest that the all-new Mazda3 hatch is set to get slimmer headlights and a revised grille, which is similar to the CX-5’s fascia. We could also see that vehicle is integrated with sharper character lines and new taillight design. Power output rating is not yet available as of this writing, but Mazda said that the vehicle is equipped with a SkyActiv-X gasoline engine.

Mazda will also debut the ‘design vision model’ at the Tokyo Motor Show. This concept is set to define the future design language of Mazda. You can consider it as a preview of the brand’s updated KODO: Soul of Motion design.