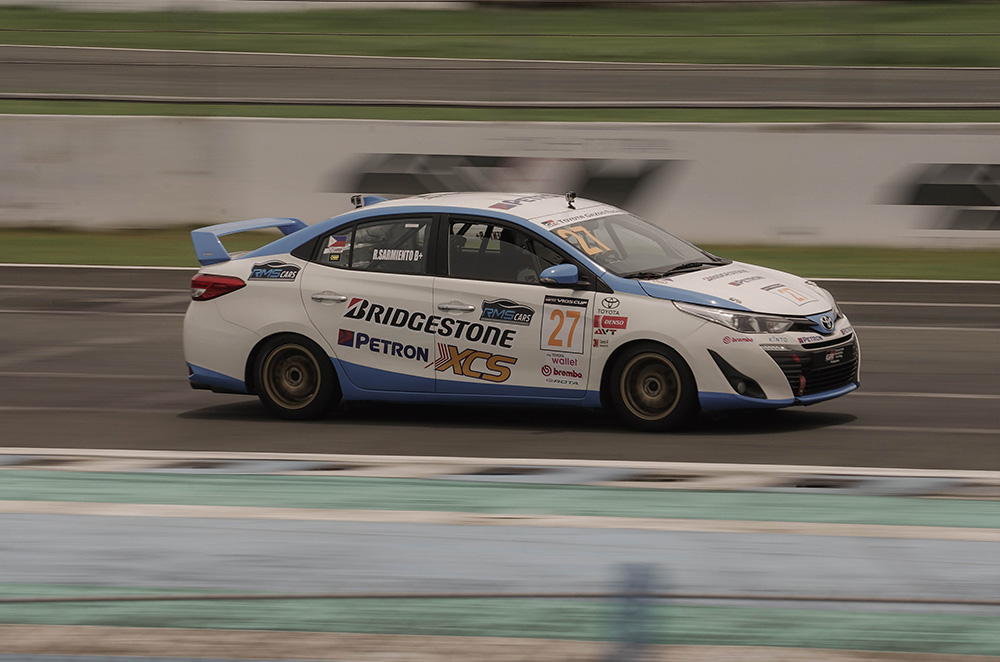 The thrill and excitement have returned as Toyota Philippines has officially started the 2022 race season for the Toyota Gazoo Racing Vios Cup at the Clark International Speedway. The start of the race season why greeted by heart-pounding cheers as veteran racers, celebrities, influencers, and members of media welcome motorsport enthusiasts back in the grandstands.

The TGR Vios Cup is our way of celebrating our ever-growing racing community. We are thankful to our races and racing teams for showing the Gazoo Racing spirit, especially in this challenging times.
Atsuiro Okamoto
TMP President Vios Cup celebrity veterans Troy Montero, Daniel Matsunaga, and Fabio Ide were back in the Circuit Championship using their One Make Race (OMR) Toyota Vios, perfect for the thrill and excitement of wheel-to-wheel racing. Young and fresh faces joined them in driving full-throttle in their respective classes.

Meanwhile, in the Super Sporting class, the Obengers Team had a dominant performance as they lead this category of the circuit championship. Over in the Sporting class celebrity Troy Montero, from Toyota Gazoo Racing PH took the win followed by oyce Sarmiento of RMS Cars Racing Team and Joaquin Garrido of Toyota Otis – Obengers Racing Team. In the promotional class things were also getting heated up as Alain Alzona of Alzona Racing Team-Toyota Team General Santos grabbed the first place, followed by Alan Placios and Ian Robles from Toyota Cebu.

The does stop with the circuit championship as over in the Autocross Challenge side, viewers were treated to an exciting show where celebrities, influencers, and members of the media showcased their speed and racing skills by navigating the specially designed obstacle course. First-timer Benedict Cua became an instant favorite and even claimed the top spot in the podium for the Influencer Promotional Class. He was joined by Gino Quillamor as the champion in the Influencer Sporting Class. For the media class, Autoindustriya’s Jan Lacuna won the Sporting Class and Pablo Salapantan of YugaAuto took the trophy for the Promotional Class.

There is no mention yet as to when the next round of the Toyota Gazoo Racing Cup will be held but in the meantime, do head on over to our website to check out the latest deals and promos on all the products that Toyota Philippines has to offer.