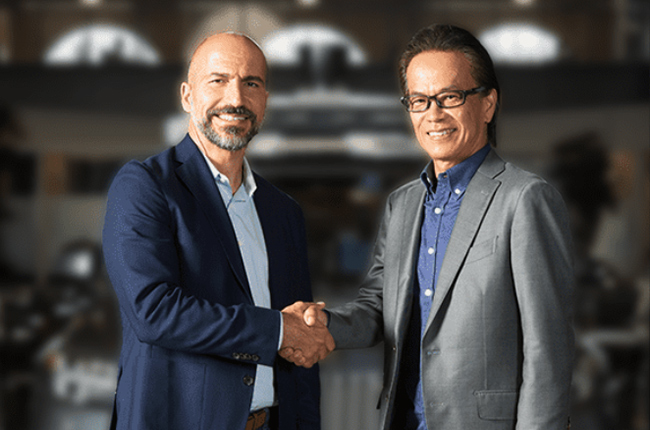 Toyota Motor Corporation will invest $500 million (about P26.6 billion) in ride-hailing giant Uber, and this stake is set to value the ride-sharing firm at $72 billion according to The Wall Street Journal. This investment is part of the agreement of both companies to further escalate its self-driving car project.

As a matter of fact, this is not the first time the Japanese marque has invested in Uber. Toyota had a strategic partnership with the San Francisco-based company in 2016, in which Uber drivers can lease their cars from Toyota and cover their expenses with the income collected as Uber drivers.

Aside from that, it is also said that Toyota plans to come up with an “Autono-MaaS” or autonomous mobility as a service fleet that will be based on Sienna minivan’s platform. The vehicles will be integrated with Uber’s autonomous driving system and Japanese brand’s Toyota Guardian automated safety support system. The testing of the vehicles is scheduled to start on Uber’s network in 2021.

This is just one of the multiple moves Toyota has been making in order to step up the game when it comes to autonomous cars. Just recently, it has inaugurated the Toyota Research Institute that aims to create Artificial Intelligence (AI) technologies. The brand has also announced its plans in establishing a facility in Michigan for autonomous vehicle testing, as well as an investment in a software company for driverless cars.

The Toyota-Uber partnership is also a good opportunity for the ride-sharing giant to revive its reputation and push through the research, after the fatal crash happened on March, which forced the company to shut their headquarters in Arizona.

"Our goal is to deploy the world's safest self-driving cars on the Uber network, and this agreement is another significant step towards making that a reality. Uber's advanced technology and Toyota's commitment to safety and its renowned manufacturing prowess make this partnership a natural fit. I look forward to seeing what our teams accomplish together."
Dara Khosrowshahi
Uber's CEO