Toyota Motor Philippines (TMP) is proud to present the sportiest variant of its most popular model in the country. The Toyota Vios gets a sports-inspired restyling under the Gazoo Racing (GR) brand. Toyota’s locally manufactured subcompact sedan gets a slew of upgrades to spruce up its already edgy looks. With over 340,000 Vios owners in the Philippines, TMP’s goal in launching the GR-S is to transform the reliable everyday car into something that is more pleasurable to drive and even more exciting to look at. According to Okamoto, “the Vios GR-S will bring the next-level thrill in your everyday drive.”

The “S” in the GR-S variant name stands for “Sport.” The parts were developed under the guidance of the GR arm of Toyota, the brand’s main motorsports arm. Just like the Toyota GR Supra, the Vios bears the GR badge which indicates that it’s something a little more special compared with the more normal variants of the Vios. 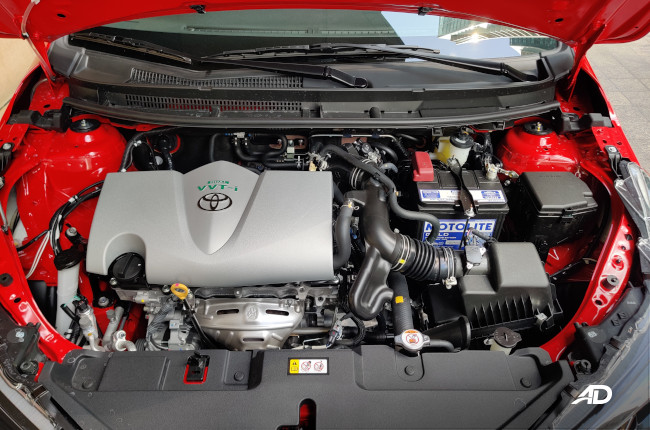 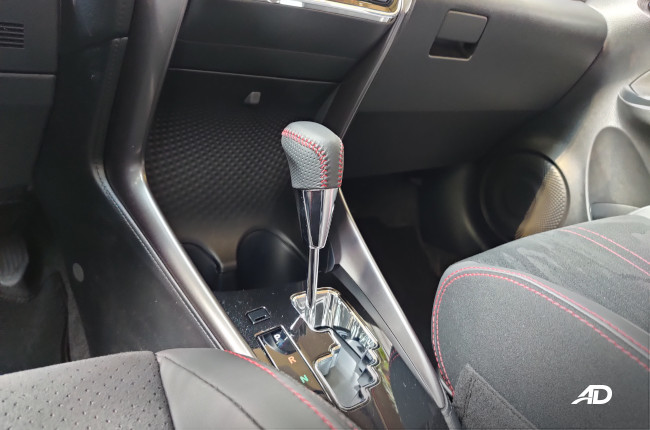 Expect the same level of performance from the 1.5-liter gasoline engine of the current-generation Vios. With 106 horsepower on tap, and 140 Nm of torque, the Vios still retains the ever-reliable 2NR-FE that is also used in Vios Racing festival and Formula V1 race cars. As for its transmission, the Vios GR-S gets a CVT with 10 simulated speeds. The additional equipment the Toyota GR-S Vios comes with include the prestigious GR emblem which accompanies a redesigned front bumper, grille, aerokit, and rear decklid spoiler. The interior was also given attention to in the form of “race-ready” leather seats with red stitching, making this the only Vios in the lineup to have a leather seating option. Other parts clad in leather include the steering wheel and, the shift lever. You also get hits of suede around the cabin, which add to the premium sporty feel of the automobile.

As for tech and safety, the GR-S comes equipped with 7 airbags and Apple CarPlay and Android Auto compatibility along with a backup camera. Be sure to use our Buy Online feature to get the Vios as soon as it’s available.