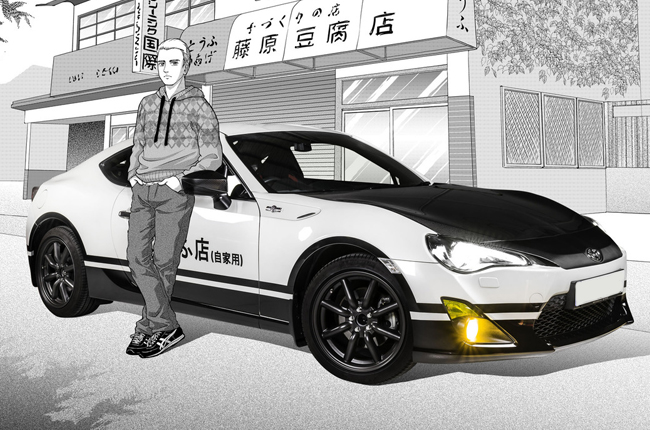 In the 1980s, Toyota launched the Corolla Trueno – also known as the AE86 – which later starred in the hit Japanese car racing manga Initial D. Its appearance in the comic book further launched the vehicle into fame and gave it a cult following. To honor this, the Japanese brand re-imagined its “spiritual successor”, the GT86, in its famous livery and body kit to match its predecessor.

The outcome was a one-off called the GT86 Initial D Concept. The coupe sports the same black and white color scheme found in the original AE86. It’s also fitted with the modern versions of the Japanese aftermarket upgrades such as the 17-inch RS Watanabe F8 alloys with optional black finish, TRD Sportivo suspension system, and Fujitsubo Authorize S exhaust system. 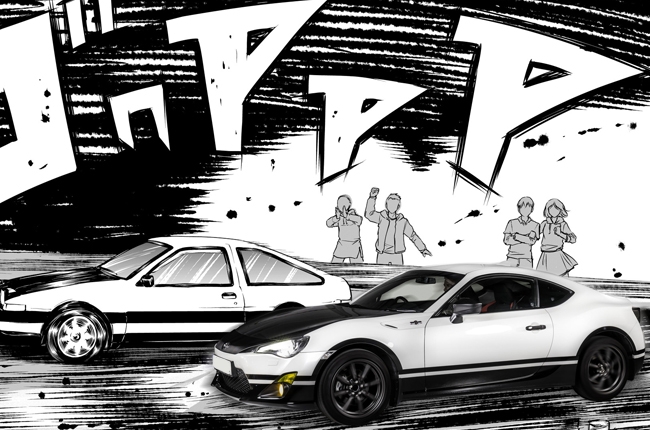 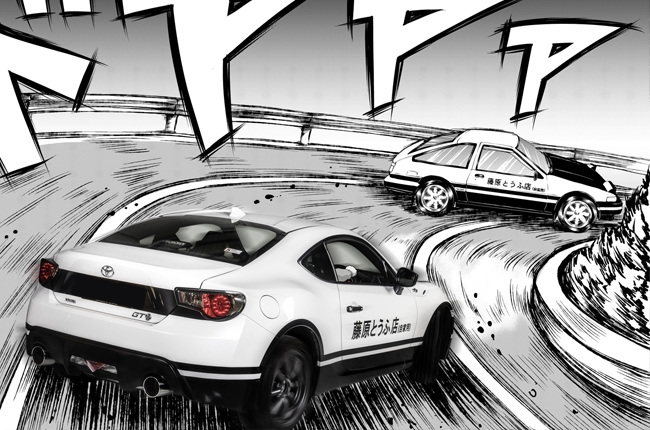 But the people behind this, Toyota UK’s Special Projects Department, didn’t stop there. To emphasize the new concept’s roots in pop culture, they hired UK-based manga artist Sonia Leong to draw up panoramic backdrops that put the GT86 in the world of Initial D.

Right from the start, the Toyota GT86 was developed as a car that would appeal to enthusiasts, whether in standard trim or as an exploitable base for further modifications. With this Initial D concept we not only acknowledge how important the AE86 was in influencing Toyota’s modern approach to sports cars but also demonstrate how the GT86 can be aesthetically and dynamically improved with relatively simple aftermarket accessories,” said Joe Clifford from the special projects team. 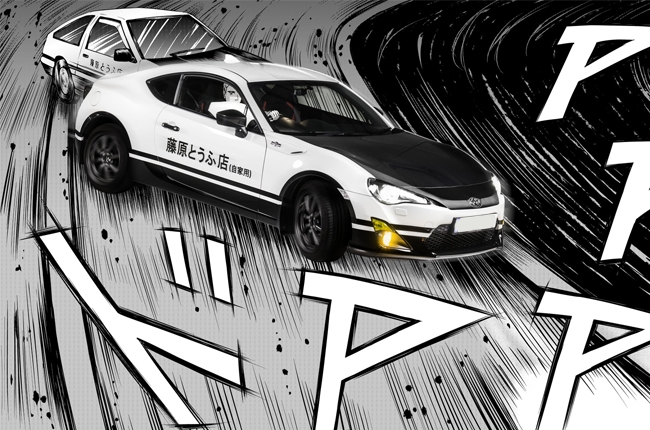 Designed as a coupe, the Toyota GT86 boasts a superb power-to-weight ratio with its 200 hp 2.0 L boxer engine, adding up to its famed high levels of agility on the road, even more on the track.

For more information about the Toyota GT86, visit the AutoDeal Car Guide.