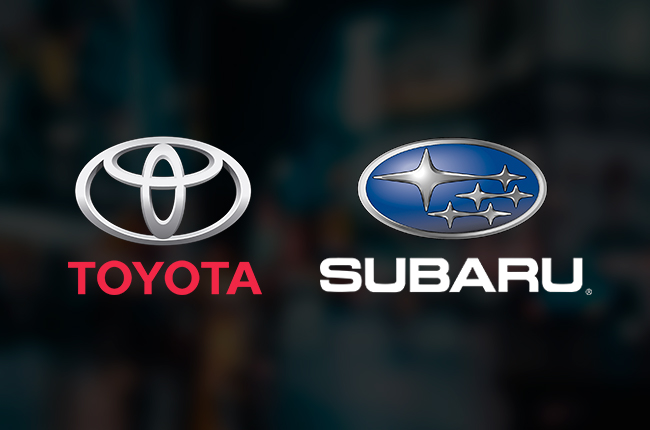 Toyota and Subaru aren’t coming together to just make another 86/BRZ. The two Japanese powerhouses recently disclosed that their partnership will extend from sports cars to battery electric vehicles (BEVs). The partnership will develop midsize and large passenger cars. Both companies will also develop a compact-sized BEV SUV to be sold under each of the company’s respective brands.

Related: Car rebadging and platform sharing explained: Is it a bad thing?

Toyota has already been making leaps with its hybrid electric vehicles (HEV). The Prius is the prime example of the company’s technological developments so far. It so happens that the brand is also pursuing the potential of fully electric cars with endeavors such as the CH-R EV, and the RA. Though small, it is a step in the right direction. The subcompact BEVs are but concepts for now.

All-wheel-drive technologies are what make Subaru a force to be reckoned with in the industry. The brand has developed its reputation for making capable vehicles over the years. Paired with Toyota’s prowess for electrification, the two companies plan to accept the challenge of creating modernized products that only BEVs can be capable of offering.

The two companies are deep in relations with each other. As mentioned earlier, look no further than the 86 and BRZ. The twin sports cars are jointly developed and stand as a testament to what good the two companies are capable of. In the United States, Subaru’s Crosstrek has an HEV powertrain that took knowledge from Toyota’s HEV technologies. Known as the XV in the Philippines, the crossover takes from the Toyota library of knowledge to bring the vehicle out to market in the West.

Subaru and Toyota believe that going outside of the convention is the key to success. Crossing over industrial boundaries together with other companies that share the same goal and aspirations will be the way to move forward. The two companies will both be developing a BEV-dedicated platform, that will be for use in compacts, midsized SUVs, and crossovers, further improving the outlook of future electrified vehicles.

So we can expect a Toyota-Subaru car in the near future, and if their sports car is any indication of the two companies’ capabilities to collaborate, then we can be assured that the impact that these two brands can make in the industry will be one to watch and take note of. As for when the two brands will start to collaborate, there is no word yet. The plans are still in their infancy, but patience will be the key here.