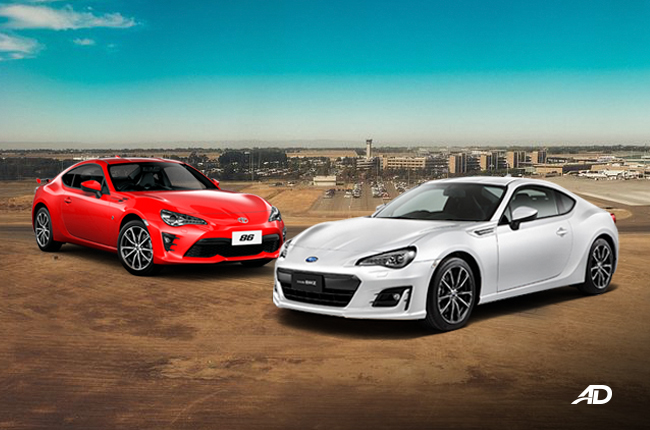 The car industry is smaller than it seems, but the choices that consumers have in terms of new models is at an all-time high. Every country nowadays seems to have its own car manufacturer. Across the world, many brands create their own platforms to market and sell to consumers. The diversity is so vast as well, with different domestic markets being home to different nameplates, each with their respective histories and models.

The industry keeps a secret not known to all, however. Since cars are getting more advanced, requiring millions of dollars in funding to research and test, it makes sense to take something off the shelf from a cost standpoint. The practice of platform sharing or parts sharing is not just prevalent in the car industry but in other industries as well. Take an example from the watch industry. The Swatch group has a brand called ETA, which manufactures off-the-shelf movements. The movement is where all the magic happens, and is the engine that lets the watch keep track of time. The brand makes its tried and true movements and sells it to other companies to have it cased, branded, and sold to consumers.

The same rings true for the car industry. There are different ways that manufacturers share such as collaborating, platform sharing, and rebadging. These are among the more common types of borrowing that happen in the automotive industry, and there are quite a few that can be pointed out. Here are a few examples you may or may not have known about. 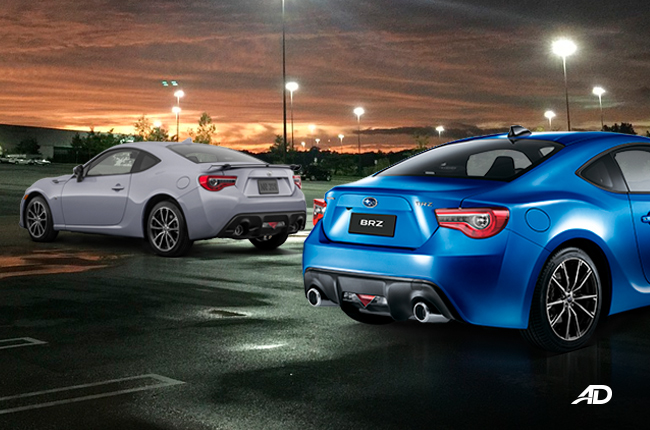 Toyota and Subaru’s sports car, introduced and brought to market in the earlier part of the decade, has been one of the most recognizable sets of twins on the market. The differences between the two are negligible, with each manufacturer giving their own model a different badge, body, and lighting systems to seemingly create some slight uniqueness between the two. The interior sports small differences as well. The gauge cluster has a different color, and the interior trims sport different patterns. Other inclusions are the bumpers and how they’re styled to be more Toyota or more Subaru. Small touches here and there set the two cars apart, but at its core, the platform is the same. Obviously.

The sports car was created as part of a collaboration between Toyota and Subaru. Each brand contributed to the project in its own way. As we all know, the 86/BRZ is powered by a 2.0L boxer engine from Subaru. Toyota developed the interior and provided the transmission, as well as the legacy that the car is built upon. The two brands collaborated to create something new. Instead of taking something off the shelf, the two brands took the best of their technologies and ingenuity at the time and created something remarkable in the auto industry. 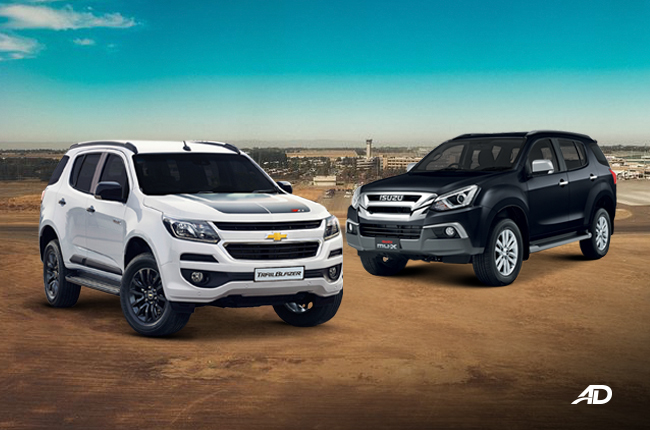 If the climate controls weren’t a dead giveaway, then we don’t know what is. From the shape to the dashboard to the steering wheel, the Isuzu and the Chevy are very similar. Sporting different engines, and different facias however, you’d be forgiven for thinking that the two mid-size SUVs were unique.

Peeling back the layers of sheet metal reveal a very similar platform for the two vehicles. As the core of the car remains the same, manufacturers take the extra step by designing manufacturer specific body panels and trimmings to give each nameplate its own likeness. This also extends to the powertrains, as Isuzu supplies its own engines to put into the mu-X, while Chevy opts for its own mill to run things. The Isuzu’s 3.0L or 1.9L diesel offerings are not the same as the 2.8L and 2.5L engines that can be found in its American cousin.

Take note that the two brands took a platform and plopped their own parts into it. Unlike Toyota and Subaru, the SUV was not necessarily a collaborative effort built from the ground up by the two brands. Think of the Toyota and Subaru as a set of twins, nearly identical, and beating with the same heart and soul, but with subtle changes across the two brands. The mu-X and the Trailblazer are cousins, sharing the same DNA because of the platform the two are based upon. 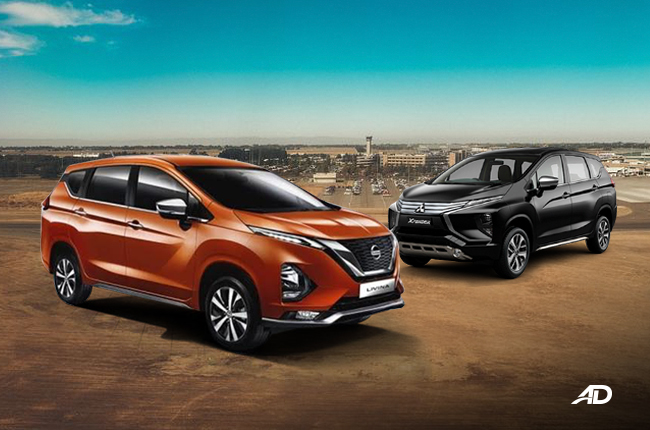 What is a Nissan Livina? We have an article on that linked down below. So far we’ve covered collaborations and platform sharing. Where platform sharing involves manufacturers placing their own spin on a chassis and collaboration involving the marriage and harmony of parts into a model, rebadging or ‘badge-engineering’ involves only a few things. Namely, a new badge with some double-sided adhesive, and a set of new bumpers and trimmings. Perhaps we are oversimplifying things, but this is shallow way that car manufacturers debut a new model; done with good reason, however.

Badge engineering is not inherently bad. It makes sense from a business standpoint. Case in point: under the Renault-Nissan-Mitsubishi alliance, the three brands have a pool of parts to choose from to cut development costs and bring new cars to market quicker. But since Mitsubishi and Nissan have their own design language, the cars need to be set apart somehow. With that said, the Xpander and Livina are different yet are very uncanny. Everything, save for the front and rear clip, is more or less the same between the two models. The Livina also sports the same engine and transmission as the Mitsubishi so it’s more Xpander than anything.

The Livina isn’t out here in the Philippines, though it would be plausible for it to arrive here later in 2019. It’s not that weird but think of it this way, imagine having to go to the Nissan dealership to purchase a Mitsubishi. The thought is a little meta, if you ask us.

Rebadging under the same roof: Toyota and Daihatsu 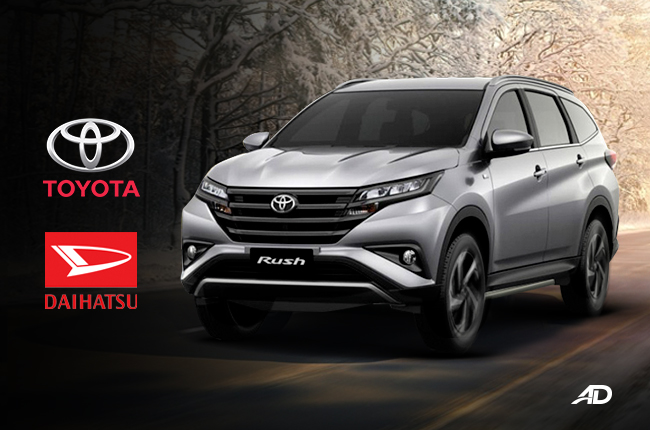 There is another form of rebadging that we feel deserves its own segment. It is not uncommon an especially large brand like Toyota to own another car company. That car company happens to be Daihatsu.

With the Rush as popular as it is here, it is always sold under the Toyota badge and branded as the ‘Rush’. In other countries where Daihatsu is known, Toyota sells it as the Terios. This is badge engineering at its most basic. With notable features that include a different badge, the Terios is a one-to-one incarnation of what we know as the Toyota Rush.

Of course, there is a good reason for this. The Rush sells better as a Toyota in the Philippines. If the Terios were to debut here, the Toyota model would sell better because consumers flock to what is most familiar and recognizable. It poses the question, however, what would you pick? Will a Daihatsu badge tickle your inner hipster in a bid to be different from the rest, or will you be one with the crowd and blend in with a Toyota Rush? Ultimately it seems that the brand alone can move units as Toyotas are known to have exceptional service and reliability, even if other manufacturers are not far behind the Japanese brand in these aspects. The illusion of choice is real when it comes to these two sister brands. Did you notice that the Reina is a more budget-oriented version of the more refined Soluto? We’ll keep it short and say that most, if not all, Hyundai and Kia models are the same and are kitted differently to cater to different market segments and tastes, because Hyundai and Kia are under one roof. That is all.

We can go on and on and showcase more models as examples to drive home our point, but we feel we’ve dragged your attention span long enough. With the world getting smaller and smaller as technology connects us, manufacturers from different parts of the world know are in cahoots with each other, releasing models that are similar but not-too-similar.

Marketing will play its part and sell the cars, but from an engineering standpoint, similar platforms mean similar driving characteristics. Does it bother consumers though? Honestly, it shouldn’t really matter so much. It drives the costs of these new cars down if manufacturers rebadge. If you want to be snobby about it and only drive the most original and manufacturer specific models, then you’d be more and more hard-pressed to find a truly unique vehicle nowadays, unless you go ultra premium.