It seems that the race to develop the best self-driving cars are the trend in the global automotive industry. From Ford to Renault-Nissan and even Apple, self-driving technology is the buzz.

Now, the Toyota Research Institute (TRI) showcased its first fully-automated 2nd generation "advanced safety research vehicle" (ASRV) at the brand's Prius Challenge event in California. TRI's all-new driverless unit (a.k.a. the 2.0), of which platform is based on a Lexus LS 600hL, will lead the company's exploration in autonomous driving. It was recorded that the Japanese marque started its autonomous research way back in 2005, where it secured the first patent in the U.S. related to autonomous tech. Now, Toyota holds the most patent in the field than any other company according to Reuters' report. Then in 2013, Toyota introduced the 1st generation of the ASRV at the Consumer Electronics Show.

Going back, the 2.0 ASRV is equipped with overlapping LIDAR, radar, and camera sensors that reduce the system's dependence on high-definition maps. Moreover, it features a drive-by-wire interface, which uses electronic systems that either augment or replace the mechanical controls (steering, brakes, and throttle) of the car. 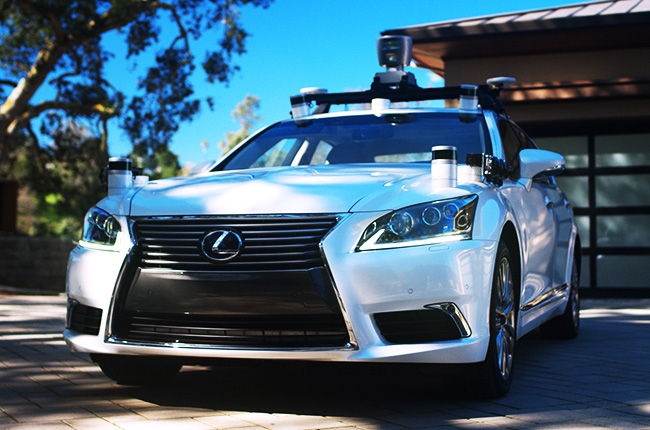 Additionally, the 2.0's technology is said to optimize the core research paths that TRI's development is set: Chauffeur and Guardian systems. The system varies in functionality whereas Chauffeur links directly to fully-autonomous system, while Guardian refers to the high-level driver assist system.

Of note, Pratt believes that it is the kind of technology that is built smart to get even smarter over time, as it adapts to individual driver habits and shares intelligence from other car's data.