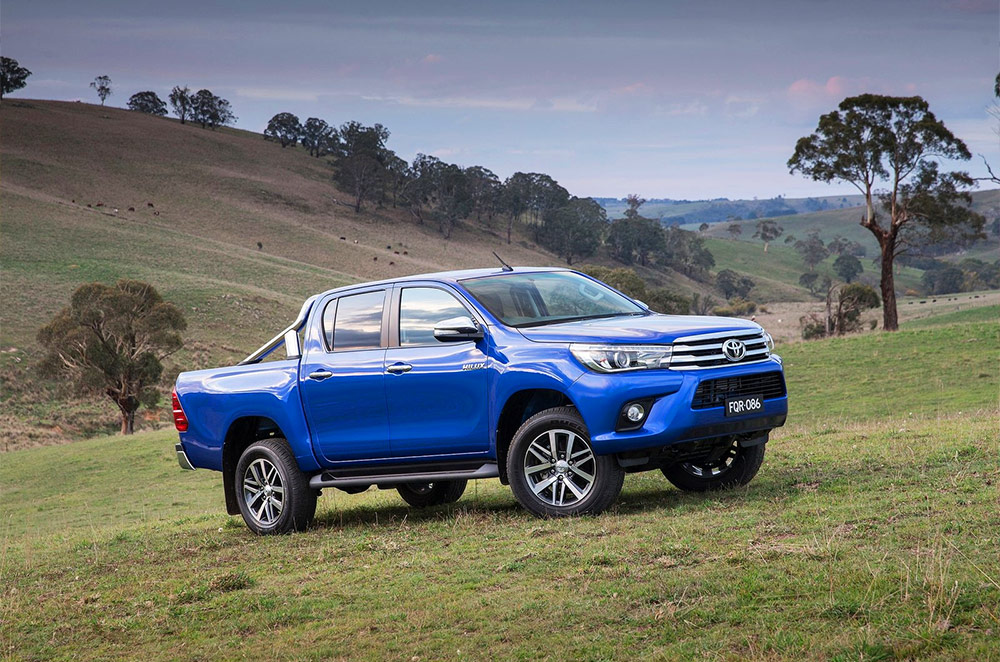 It’s a bit surprising when you realize that the current gen. Hilux has been on sale since 2005. Thankfully, a new one is on its way after Toyota unveiled the 8th generation all-new 2016 Hilux simultaneously in Thailand and Australia.

This all-new model is now bigger, tougher, and is loaded with a host of improvements that make it the best iteration in its 47-year history.

They say that “if it ain’t broke, don’t fix it.” This holds true with the Hilux’s muscular and functional exterior. Apart from an increased overall dimension, all the engineers had to do was to continue with the current generation’s sporty styling and tweak it a bit to fit in with Toyota’s latest design language. But internally however, the engineers had other plans.

Utilising the bigger body, engineers were able to increase the cabin space to allow more front shoulder and headroom. Also, people at the back will have more moving space with a 35 mm increase in knee room thanks to the thinner interior materials used. These according to the engineers, give more space and increased noise insulation.

Car-like comfort and convenience still beckon its occupants. But in keeping with Toyota’s modern dynamic design, the interior decor was further refined. This complements with the exterior to attract private and family buyers.

The latest Hilux’s chassis was beefed up with more strength and rigidity. This not only suppresses more vibration, but also allows for a more stable ride. Spot welding and the use of high-tensile steel help weight reduction and overall body strength retention.

This is partnered with an Australian-developed suspension system which allows tighter turning radius, better off-road stability, and improved shock absorption. Moreover, the improved frame and suspension also refined the Hilux as a pickup truck with an increased payload at 1,240 kg.

The greatest highlight of the 2016 Hilux however is its new 2.4L and 2.8L turbo diesel engines. These produce 150 hp and 400 Nm, and 177 hp and 450 Nm of torque, respectively and are mated to new 6-speed manual and automatic transmissions. An “intelligent” rev-matching manual transmission will also be available, which eliminates shifting chock by matching rpms to the transmission speed.

The 2016 Toyota Hilux is set to be available in Australia by early October 2015 and is expected to be given a 5-star rating by the Australian New Car Assessment (ANCAP) safety tests with its 7 airbags, ABS, stability and traction control, hill-start assist, and reversing cameras.

Toyota Motor Philippines Corporation (TMP) has yet to announce the 2016 Hilux’s local availability as of this writing. But when it does, we’re quite sure that it’ll be a hot item in local Toyota showrooms.