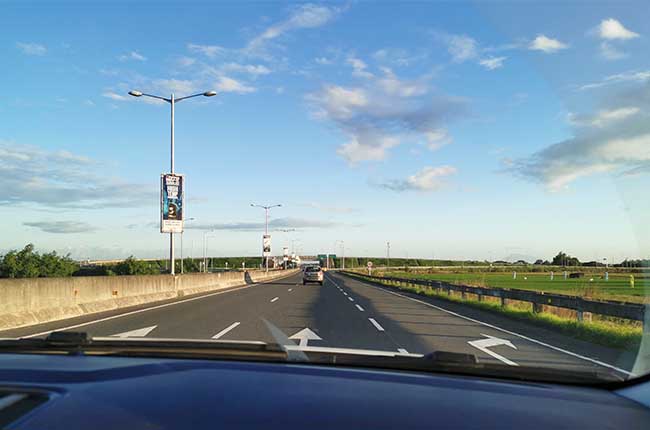 The travel time going up north has just been shortened thanks to the opening of another new extension of the Tarlac-Pangasinan-La Union Expressway (TPLEX) segment. The new segment was opened to the public on Sunday, December 15 for use during the holiday season. The segment will then again be closed in January of 2020 in order to complete the final section of the expressway.

Related: Know your toll fees before you travel

The four-kilometer Sison-Rosario stretch runs parallel to that of the existing highway and the route can shave an estimated 30mins off your travel time from Metro Manila to the City of Pines, Baguio City. San Miguel Corporation (SMC), the company in charge of constructing the expressway has stated that the Sison-Rosario section will be toll-free during the Christmas season, but specific dates weren’t given. Trucks, buses, and other heavy vehicles, however, are not allowed to pass through the operational Sison-Rosario section.

The opening of the section was originally set much earlier but due to issues with the right-of-way, the project was delayed by two years. SMC says that the section should be officially open by February of 2020.

Another section in the works is the Pozorribio-Sison section and it will be about seven kilometers long and is expected to open in the first quarter next year. The completion of the segment will complete the TPLEX, as a result, it will cut the travel time to Baguio from Metro Manila down to just three hours instead of the usual four.

SMC also has future plans to extend the expressway system even further all the way to La Union specifically to the San Fernando area. The new roadway will be divided into three section segments, these are Rosario to Tubao, Tubao to Naguilian, and Naguilian to San Juan. There are even further plans to extend the expressway all the way to Laoag, Ilocos Norte. But as of now, there are no details regarding the Laoag extension plan.