If you are planning to go out to any point in Luzon from Metro Manila and vice versa the quickest way around except air travel is to go along the major expressway spread throughout the island. Although these roads provide the most convenient way of driving across provinces and towns, they come at a price.

Remember these numbers when you plan your trip, so you won’t be surprised if you exceed your accounting, budget-wise. These numbers will also come in handy if you want to make sure that your RFID accounts are topped up so that you won’t encounter any problems on your journey ahead.

The Southern Tagalog Arterial Road (STAR) Toll is a 42-km expressway that stretches from the intersection of Pan-Philippine Highway (Maharlika Highway) to Santo Tomas SLEX toll gate in Batangas. The STAR Toll connects to the South Luzon Expressway (SLEX) and shortens the travel time from Manila to Batangas, and vice versa, to at least two hours. 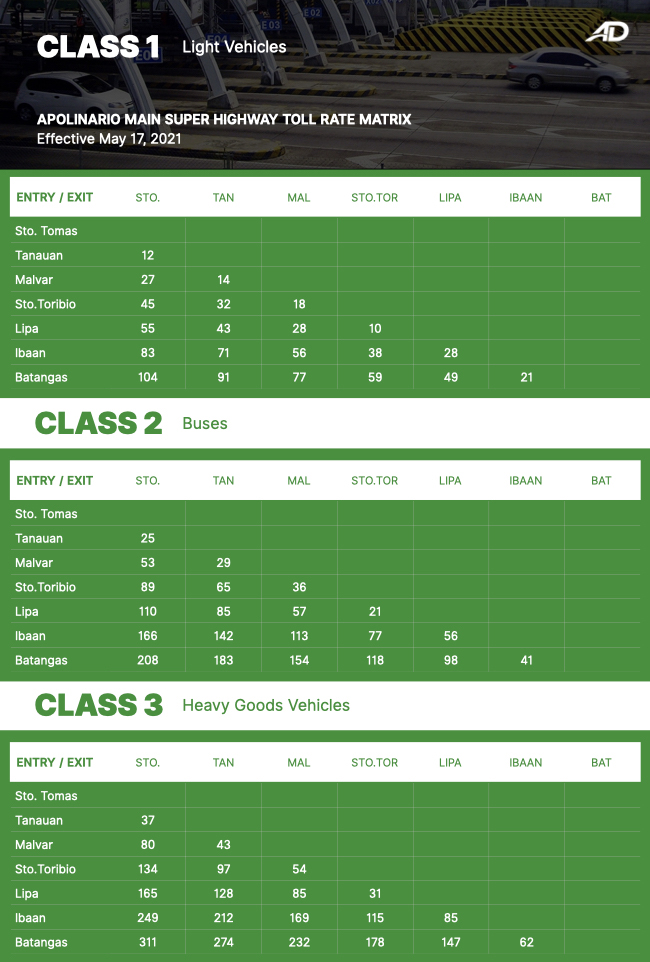 Related: New roads we look forward to this 2018 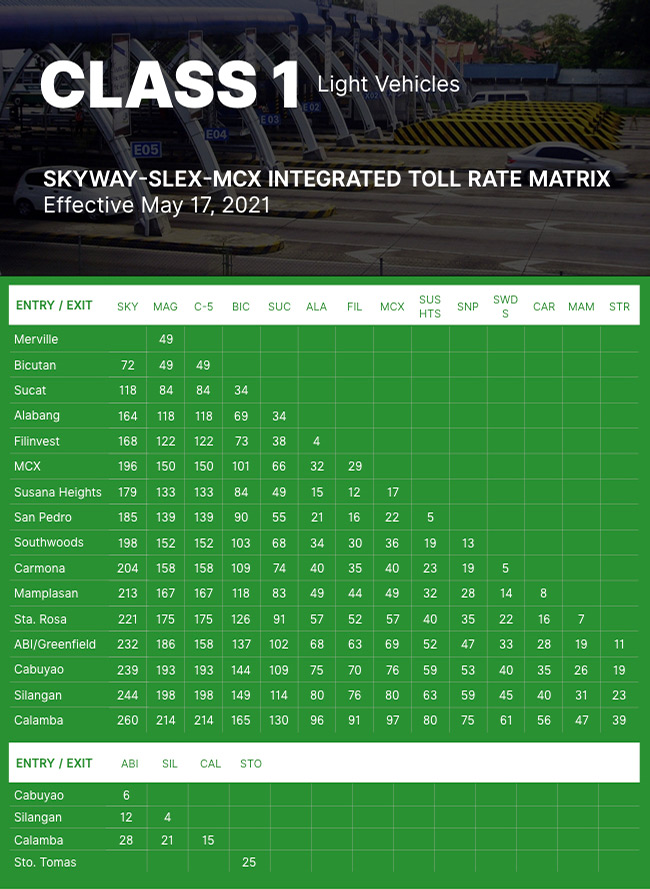 Aside from the STAR Toll, travelers driving to the south can pass through the South Luzon Expressway (SLEX) and/or Muntinlupa-Cavite Expressway (MCX). The SLEX links Metro Manila to Calabarzon (Cavite, Laguna, Batangas, Rizal, and Quezon). It is reached through the Expressway Route 2 (E2) of the Philippine expressway network, two-part highway roads composed of the Skyway and the South Luzon Tollway. Recent additions to this network are the Skyway extensions to the south along with the new Skyway Stage 3 that links NLEX with SLEX.

Another expressway in the south is the Manila-Cavite Expressway (Cavitex). Also known as Coastal Road, this 14-km thoroughfare connecting Cavite and Parañaque was designated as the Expressway Route 3 (E3) of the Philippine Expressway network. The Cavitex has two toll barriers: one in Las Piñas and one extension barrier in Kawit. Of note, cars are charged a flat rate based on class. Cavitex has began implementing an electronic toll collection via Easydrive, a feature that can also be used when traveling through NLEX and SCTEX.

Related: Why RFID tag is better for toll transactions

If you plan on going to a destination to the north chances are you will end up taking the North Luzon Expressway (NLEX) or the Subic-Clark- Tarlac Expressway (SCTEX) to get there.

The NLEX begins from Balintawak interchange in Quezon City, extending to Angeles City in Pampanga. It is a component of the Philippine expressway network's E1 and measures 84 km long.Meanwhile, the SCTEX is the longest expressway in the Philippines. It measures 93.8 km from Olongapo to Tarlac. Estimated travel time of the entire stretch is 1 hour and 40 minutes

Meanwhile, the SCTEX is the longest expressway in the Philippines. It measures 93.8 km from Olongapo to Tarlac. Estimated travel time of the entire stretch is 1 hour and 40 minutes.

If you plan on going up further north to destinations such as Baguio City, your best choice if you want to get there fast is the Tarlac-Pangasinan-La Union Expressway (TPLEX). This 88.85-km road can cut your usual travel time to Baguio by as much as 40 minutes.