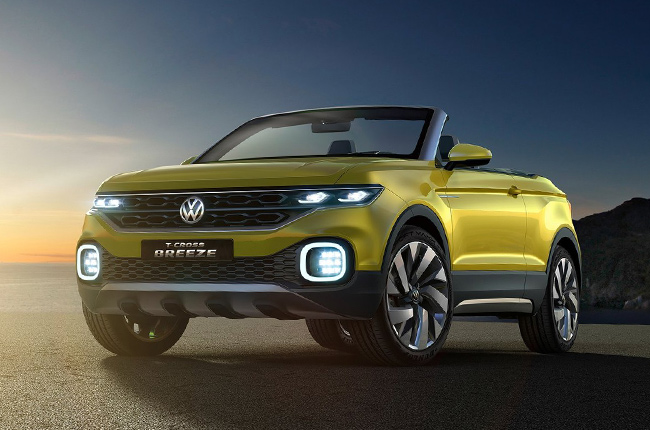 After teasers were released a week before the 2016 Geneva Motor Show, Volkswagen finally revealed their small SUV concept car – the T-Cross Breeze. This is the benchmark of the German car maker’s newly developed SUV model series, which we should all be expecting in the years to come. The T-Cross Breeze’s structural design took dibs from the Polo. That said, it would most likely sit below the Tiguan in the fleet should Volkswagen commence with its production. 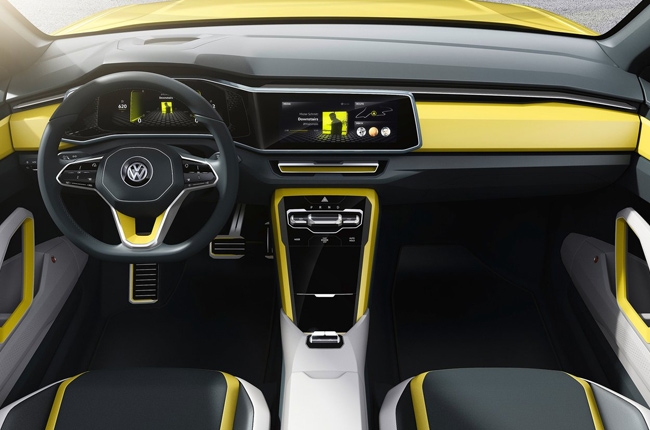 The interior of the T-Cross Breeze is just as fresh and modern. Volkswagen aimed for an ambiance that’s cleaner with less to no buttons and switches. Almost everything is either touch-based, gesture-based, or controlled using a new “by wire” technology like the power windows and soft-top controls.

And did you notice the missing air-con vents? They’re still there, but are now molded to fit the interior contours.

Finally, under the hood of the Volkswagen T-Cross Breeze is a turbocharged 1.0L TSI gasoline power plant. This is interesting as this engine size is relatively small given its size, which is about as big as the Nissan Juke. But that doesn’t mean it’s less powerful. It can generate 110 hp and 175 Nm of torque, which is near the average rating of the vehicles within its class.

While the T-Cross Breeze is still a concept at this time, we’re hoping that Volkswagen will take the next step and make these roll out of the production line someday. For now, their latest Tiguan and Touareg models are what’s keeping them upbeat in the crossover and SUV segments, respectively.