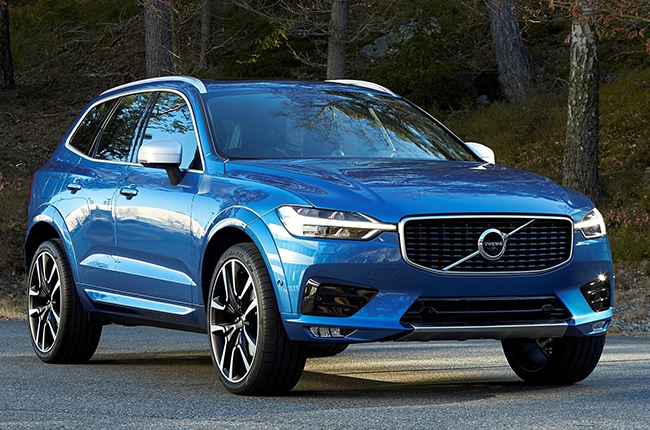 Volvo’s recent winner of this year’s World Car of the Year, the XC60, is now available at local Volvo dealerships as of this writing. This luxury midsize SUV has finally made it to showrooms after a few quirks with unit allocation around the world. After all, the XC60 is a best seller in Europe, accounting for 30% of Volvo’s total global sales.

The 2018 Volvo XC60 carries on the torch that was previously lit nine years ago, garnering great sales figures and a few awards along the way. It also scooped up the prestigious North American Utility of the Year Award earlier this year, while the smaller XC40 SUV bagged the European Car of the Year Award at the Geneva Motor Show earlier in July.

Related: The 2018 World Car of The Year Award goes to… Powered by a choice of a diesel or two gasoline variants, all turbocharged, the XC60 comes in three trim levels. The D4 has a 2.0-liter turbocharged diesel engine that makes 181 hp and 400 Nm of torque, and is mated to either a six speed manual or eight speed automatic transmission. The T4 and T5 are powered by a 1.7-liter gasoline engine and a 3.0-liter gasoline engine respectively, both turbocharged, and offer an option of six or eight speed automatic transmissions. The new XC60 also happens to be brimming with safety technology, making it one of the safest vehicles on the road today. Steer Assist and the City Safety system work in conjunction with Oncoming Lane Mitigation to help mitigate head-on collisions. Blind spot information system also uses the Steer Assist function to prevent lane changing collisions. Pilot Assist is also an option, and is Volvo’s semi-autonomous driving assistance system that can steer, accelerate, and brake on well marked roads at speeds up to 130 km/h.

We are brimming with pride as another accolade is added to Volvo’s growing list of awards. The recognition given to our cars by people who really know cars is a nod to Volvo’s continued dedication to making excellent vehicles. Volvo enthusiasts and loyal patrons will surely appreciate the perfect combination of masterful design, intuitive technology, and class-leading safety evident in this new generation Volvo.
Alberto B. Arcilla
President and CEO of Volvo Philippines

The XC60 also features a new CleanZone four -zone climate control system that removes harmful pollutants and particles from outside the cabin to deliver fresh air on the inside. There’s also Sensus, Volvo’s latest driver infotainment system, that features a graphical update and improved usability.

Drop by your closest Volvo dealership to see the XC60 in the metal and decide whether or not to take home one of the most advanced midsize SUVs in the market today.