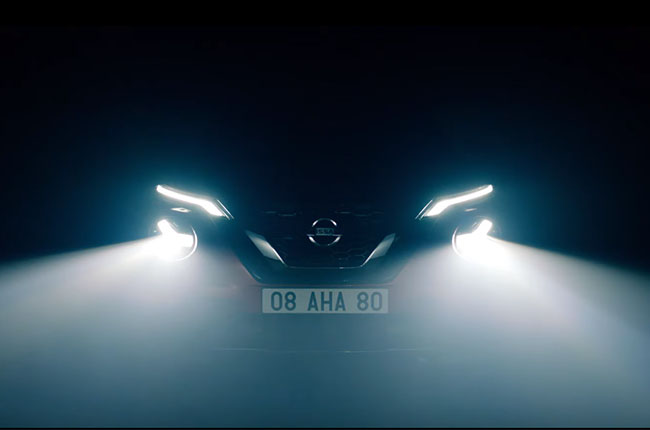 From a report by Motor1.com, it looks like Nissan isn't done teasing the all-new 2020 Juke. Just one day before its release, the company shows off a quick 10-second video of the next-generation Juke. This latest teaser is part of many other teasers that the company has released throughout the month. The video, however, is the only teaser of its kind that Nissan has released for the 2020 Juke.

The short video shows off quick flashes of various parts of the crossover. It starts with a quick shot of the front of the car, showing off the vehicle’s V-motion grille and part of the headlights. The V-Motion grille is now a shared design language of most of Nissan’s vehicles like the Terra and Navara. The next shot is of the badge somewhere along the back of the vehicle.

Then, the video shows the rear right side of the vehicle. It showcases the redesigned C-pillar along with its roof-mounted spoiler. The shot may also indicate that the Juke may come with a blacked-out roofline.

The video then showcases the front of the vehicle yet again. It focuses on the lights of the all-new vehicle, it is framed as to emulate the first photo teaser of the vehicle that showed off the lights. The Daytime Running Lights (DRL) can clearly be seen along with its newly designed headlights.

In the last shot of the teaser video, the Juke’s lights are turned off while being surrounded by darkness with only its DRLs on. With the lack of light, the all-new 2020 Juke can easily be mistaken for its bigger SUV brother the Terra. Once the lights turn on, however, a portion of the front face of the vehicle can be seen. The shot also showcases how the main headlights of the Juke work.

A missing element in the final shot, however, is fog lights. It is still unknown if the vehicle comes with fog lights or if the newly designed LED headlights will pull double duty in foggy conditions. With the launch date fast approaching, we will make sure to keep you posted with more news about Nissan’s second-generation Juke.

Watch the 10-second teaser below: