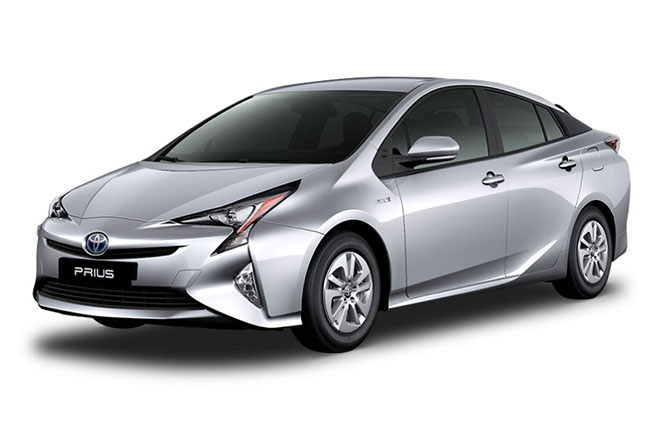 The all-new Toyota Corolla Altis Hybrid finally reaches the Philippine shores and it comes with a relatively affordable P1,580,000 price tag. Emphasis on the word relatively because when you look at Toyota Motor Philippines’ lineup, there’s a similar hybrid vehicle that has been there for quite a long time – the Toyota Prius.

With this in mind, it looks like the fate of the more expensive Prius has been sealed: it’s now available as a special order. If this is an indicator for anything, it means that the Prius won't be roaming the Philippine streets any time soon.

Related: What you need to know about servicing the 2020 Toyota Corolla Altis Hybrid

The all-new Toyota Corolla Altis hybrid now provides a better value for money proposition compared to the much older and under-geared Prius. The Prius is currently priced at over P2 million pesos while the Altis Hybrid just barely touches the P1.6 million mark. The Corolla is able to achieve the sub P2 million price point by being made in Thailand. On the other hand, the Prius is made in Japan. Japan-made vehicles don't get similar tax breaks like the ones made by our ASEAN neighbors.

The Corolla Altis shows better value for money when you compare its features with the Prius. Apart from the price, the first advantage is the Toyota Safety Sense (TSS) system, which provides the vehicle adaptive cruise control, lane keep assist, and a pre-collision system. These systems make the vehicle safer and easier to drive. Though the Prius does have cruise control it isn't as advanced as the one found in the Altis.

The compact sedan also beats the Prius in terms of lighting. The Prius only comes with halogen projector, while Corolla Altis comes with bi-LED headlights. The bi-LED headlights are paired with Toyota’s Automatic High Beam which will automatically dim the lights when an oncoming vehicle is picked up by the vehicle’s sensors.

Another place where the Altis has an advantage over the Prius is the suspension. The Prius uses torsion beam rear suspension while the Altis now has double-wishbone suspension in the rear. This gives the Altis a smoother more comfortable ride compared to that of the Prius.

In terms of infotainment, the Altis also has the Prius beat by providing the user with a bigger seven-inch touchscreen compared to the Prius which only has 6.5 inches. The Altis also has smartphone mirroring via its T-Link feature which is supported by both Android and Apple devices.

For now, the Altis offers the better value for money proposition for prospective hybrid Toyota buyers. If the Prius is to return next year, it can maybe come in a plug-in hybrid variant. Having a plug-in Hybrid variant in the Toyota lineup will offer some competition to Nissan, which is planning to launch the LEAF here in the Philippines next year. But for now, the Altis Hybrid has the crown in the Toyota lineup for being the most affordable hybrid vehicle.