Aside from the Rush hype, Toyota Motors Philippines (TMP), one of the well-sought-after brands in the Philippines, has taken another step up its ladder by bringing in the 2018 Toyota Alphard. Since its local debut back in 2015, the Alphard has been respected as a yacht-on-wheels, because of its luxurious cabin. Well, things have just gotten better and we're here to tell you what changed.

On the front, the armor-like grille has leveled up and is now larger than what's on its predecessor. It comes with new chrome accents – so as the LED headlight design that seamlessly flows towards the grille. One can’t deny, the chrome accents on the fascia alone is a statement that if you are to ride the Alphard, you're off into an entirely different world. 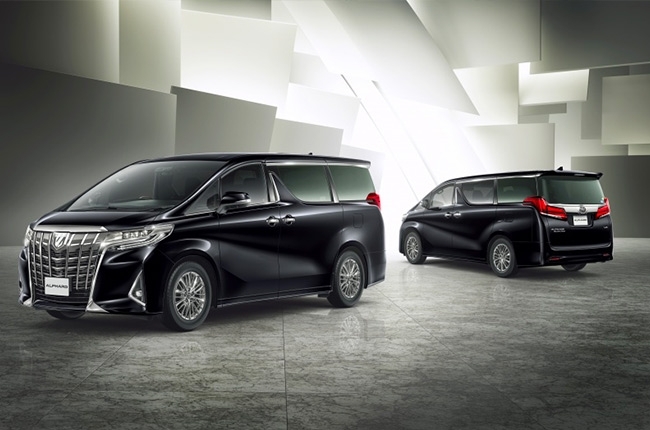 By saying different world, we pertain to its exterior and interior. The interior is the crucial detail in luxury vehicles like the Alphard and Toyota knows how to keep up with expectations. The familiar two-tone cabin design and dual sliding doors were still there but a new infotainment and instrument cluster has been added to improve convenience.

Other features that were added are the electronic parking brake, ventilated and heated front seats, second-row power-adjusted seats with individual map lights, and a power tailgate. Are you still keeping up? Well, you better be as the Alphard has more new stuff under its hood. Although the 2018 Alphard retained the 3.5-liter V6 engine, Toyota has given it better fuel efficiency by installing a new transmission. From a 6-speed automatic transmission, the 2018 Alphard now has an 8-speed gearbox, plus a bonus of idle start/stop system. With the same engine in the bay, power is still at 275 hp and 340 Nm of torque.

The 2018 Toyota Alphard will soon be available at all authorized Toyota dealerships and will be offered with a new paint finish, Steel Blonde Metallic, among the usual colors. How much do you need to take out from your bank to own this one? Well, the new price is slightly higher compared to the outgoing model, as the 2018 model is tagged at P3,580,000.