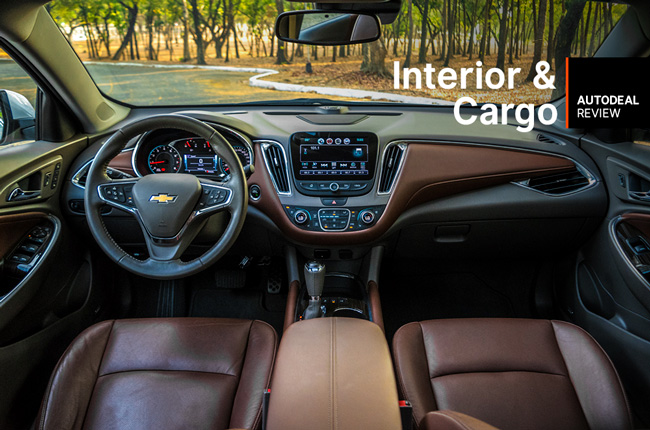 There’s an on-going trend among midsize sedans these days: these used-to-be-boring executive sedans are going sexier and sportier than ever. Chevrolet Philippines’ entry, the 2018 Malibu, is up to speed with that trend but it has something up its sleeve that the other entries don’t have – an Earth color-themed cabin to match the seemingly peculiar layout.

A tan cabin may be polarizing, but I can vouch that there’s more than meets the eye with the Malibu’s overall cabin offering. Here’s a closer look.

Interior: Dauntless with a tad hint of class 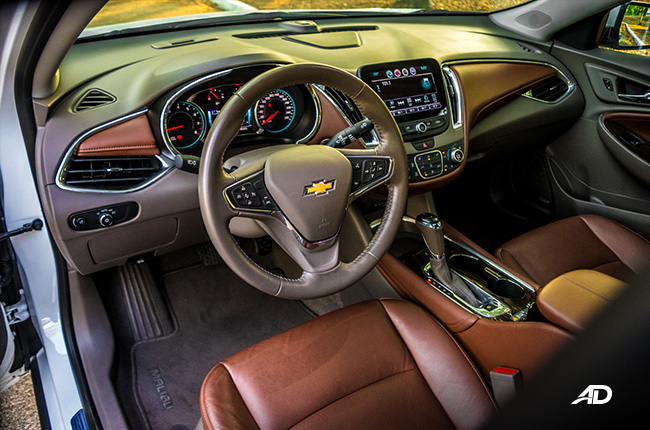 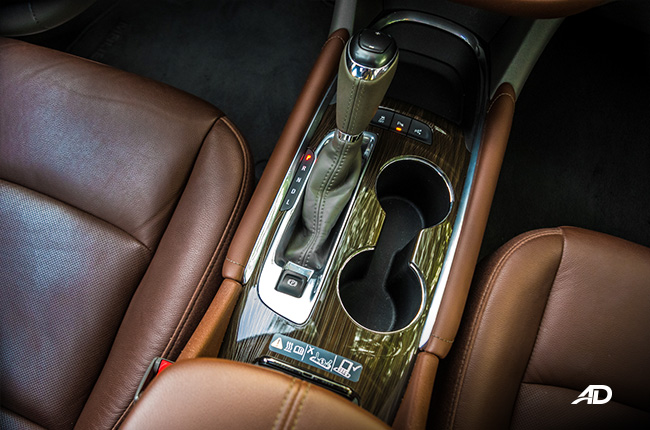 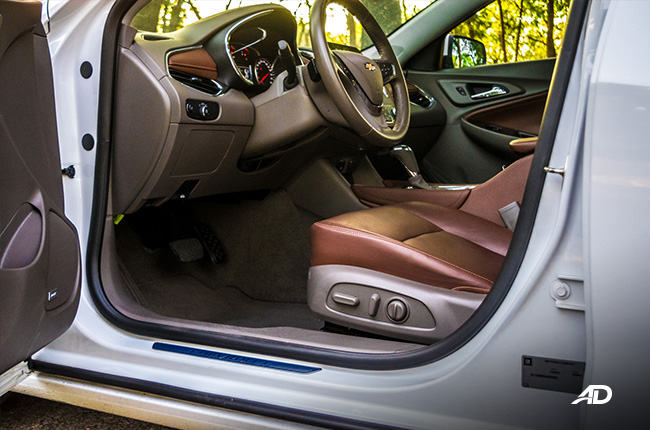 The Malibu’s cabin initially struck me as confident as the lines are all over the place, to the point that it looked like the layout was lifted out of a concept vehicle. Beyond the brave design execution, it didn’t take me a while to get used to all of the knobs and soft buttons that are clustered correctly according to usage. It instantly felt like home.

The soft, brown leather make for a homey cabin experience, albeit, the faux-wood trims add a bit of class to the rather eccentric aura – not really a big fan but it’s a pass. The steering wheel material can be improved a bit, though. Good thing it has the right size and thickness. If there’s any gripe, it would be with the placement of the volume buttons, which are positioned behind the steering wheel. A bit weird at first; I engaged the button once or twice to downshift but I ended up moving on to the next song on my Spotify playlist. 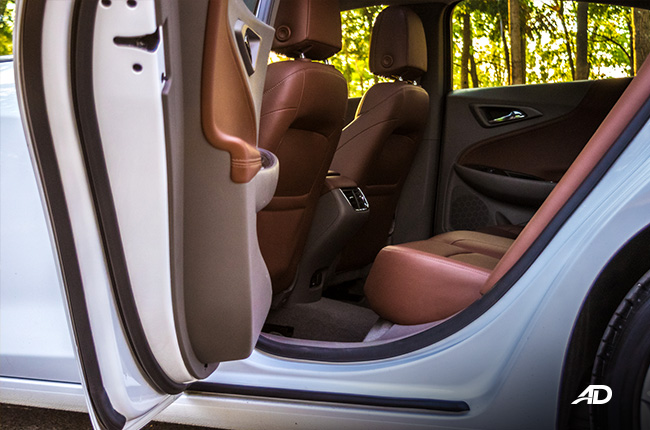 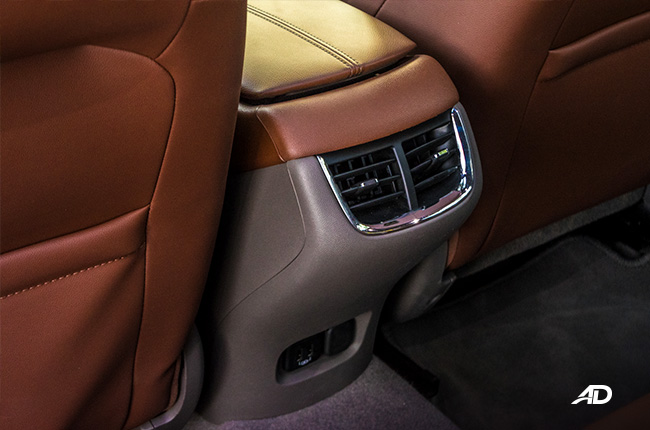 As for space, the Malibu employs plenty of it whether you’re in the front or the back. The sloping roofline isn’t bothersome at all while you’re seated, but you would need to be really careful when alighting the vehicle. The low roofline was a problem depending on your height. Nevertheless, the air-conditioning keeps every occupant cozy, delivered by huge sets of air vents.

Lastly, the Malibu’s suspension setup caters to sporty drives while still having room for a comfortable pass over road imperfections. It isn’t perfect but it almost is. 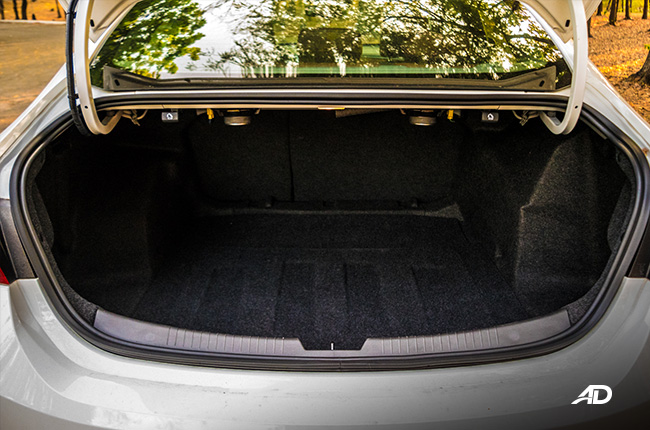 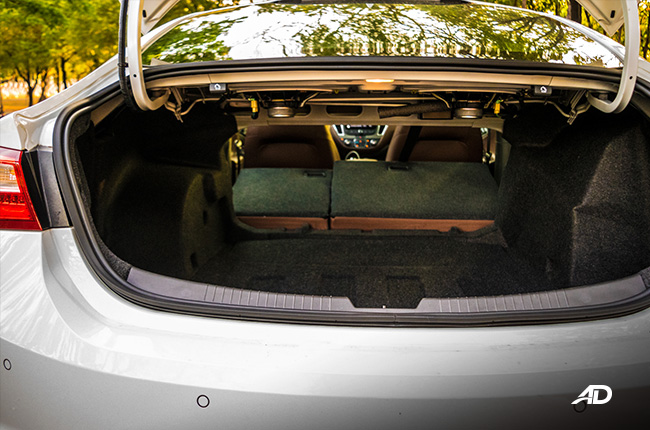 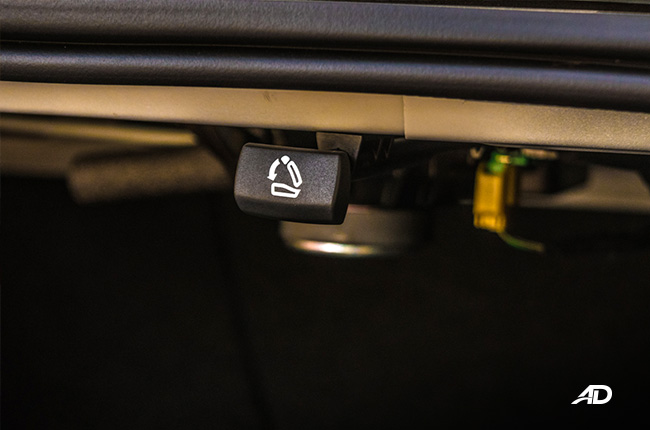 With the backrests erect, the Malibu’s trunk space volume is at 455 liters, presented horizontally rather than vertically. This means it could fit wide cargo like a child stroller or a golf club set without any problems at all, but tall items like a water gallon would be impossible. However, with the competing names like the Mazda6 sedan, Honda Accord, or Toyota Camry lacking specific trunk volume measurements on their spec sheets, I can only compare the volume through my experience with the other cars. In this case, the Malibu would be second to the Accord.

You can expand the luggage space further by folding the rear seats via two levers found at the trunk. However, the aperture of the hole that connects the trunk to the rear cabin is too small but hey, expansion is still an expansion. A win is a win. 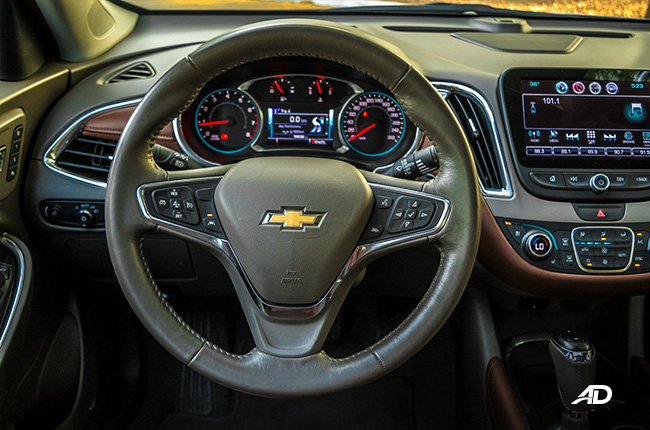 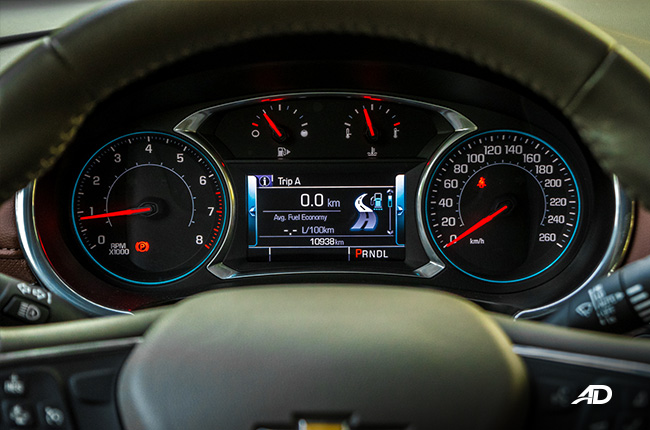 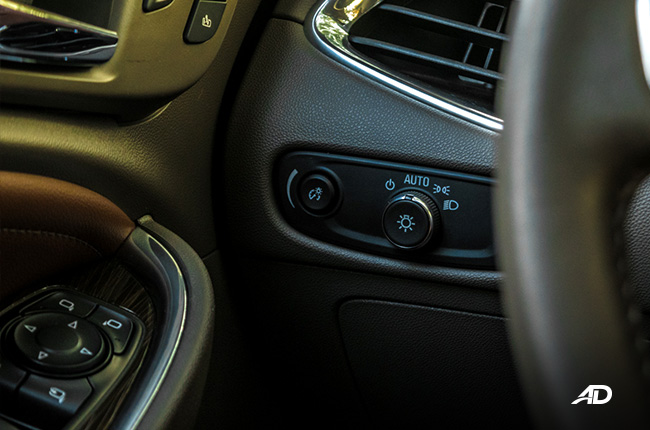 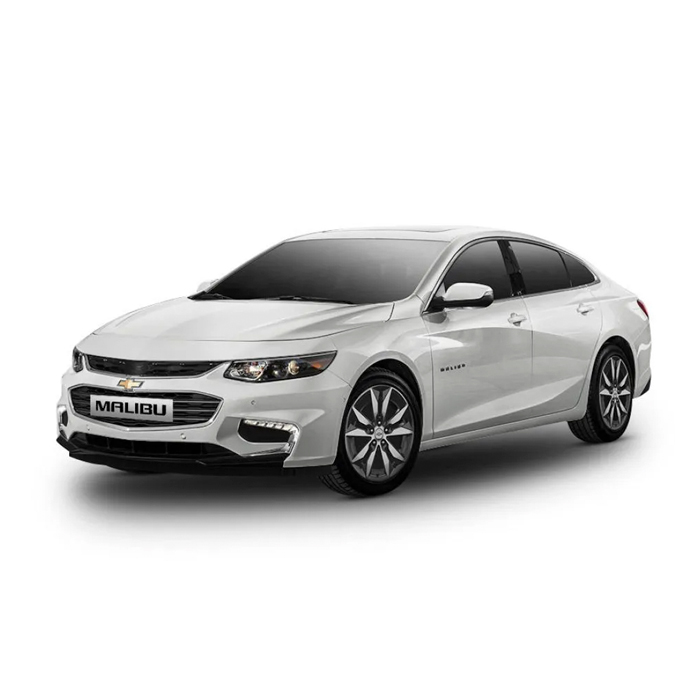 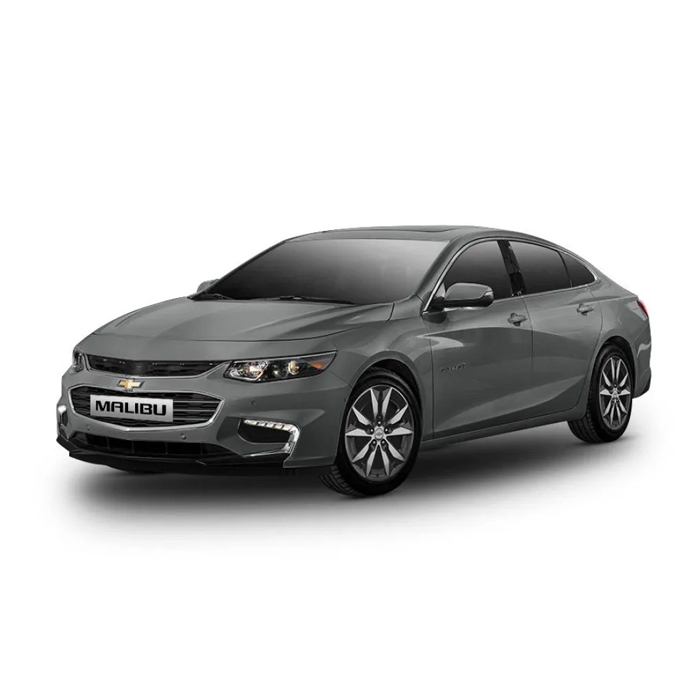 Son of a Gun Gray Metallic You can request quotations simultaneously from multiple Chevrolet dealerships. Select your preferred dealers from the list below.