In a country where SUVs and crossovers have become staple choices as family cars, midsize sedans have suffered substantial sales slump over the years. And it’s quite understandable. These big sedans are impractical – seat only five, won't let you go through knee-deep floods, and won’t allow you to load huge cargo like a washing machine, not to mention, they have price tags that compete squarely with midsize SUVs.

But not everyone is into the SUV bandwagon. There are those who are still infatuated with family sedans that employ great tech features, impeccable ride quality, and superior style. For those people, Chevrolet Philippines offers the Malibu.

Admittedly, I’m one of the minority who still ogles at midsize sedans and the 2018 Malibu, with its new turbocharged engine, is at the top of my list. Here’s why.

Performance
Engine Output (HP), Acceleration, Transmission, Handling 4.0/5
Design
Exterior & Interior Design, Quality, Fit and Finish, Ergonomics 4.0/5
Ride Comfort
Cabin Comfort, Suspension, NVH Insulation 4.5/5
Safety and Technology
Convenience Technologies, Active and Passive Safety Features 4.5/5
Value for Money
Amount of the vehicle you get for the price, Fuel Efficiency 3.5/5
What You Will Like
What You Won't Like
How We Do Our Reviews Evidently, the Chevrolet Malibu keeps up with the sporty-looking midsize sedan trend that’s rampant among its Japanese and Korean counterparts. With a roofline that flows smoothly to the trunk, the Malibu has a coupe-like silhouette that’s complemented by strong, confident character lines. Okay, maybe too confident, but I like it. Same with the rear end – it has bright LED taillights and two chrome exhaust tips that work sensibly and aesthetically.

While I’m all for the Malibu’s bold profile and pragmatic rear end, I honestly believe that its front fascia isn’t for everyone. It has a busy front clip, almost as busy as the Camaro’s, and the combination of the headlights and the LED daytime running lights make for a frowning face. At night, though, this car would put a smile on your face as it really looks appealing with its LED affair – whether you’re driving or having a glance at it from the outside.

And oh, I absolutely adore those 18-inch aluminum rims. The Malibu’s cabin has an Earth color scheme that radiates an easy-going vibe. The unusual layout and hue are a bit unnerving at first but it’s an entirely different story once you’re on the driver’s seat. The soft-touch buttons are positioned where they should be. The displays are clear and provide more than sufficient information. It won’t take you days before you get to familiarize with the whole vehicle – save for the audio controls that are found behind the steering wheel in place of paddle shifters. Those are definitely not my cup of tea.

Interior space is expectedly abundant, whether you’re in the front cabin or at the rear as a passenger, and you’ll be quite cozy because of the huge air-conditioning vents. The sloping roofline isn’t bothersome at the back while you’re seated but you have to be careful when stepping out. Trunk space defaults at 455 Liters, which can fit a child stroller and two months worth of groceries, at most. The rear backrests fold in 60:40 fashion, but the opening isn’t really huge to consider as an extension of cargo space.

The suspension setup leans towards sporty rather than soft, but not to the point that passengers would be rattled at a quick pass on a set of rumble strips. Hands down, the Malibu has the most number of tech features among mainstream midsize sedans sold in the Philippines today. Even better, these features are practical, usable, and downright cool.

Start the coolness by starting the vehicle using your key fob. That, or do it the normal way via the push button. The electronically-adjustable front seats allow you to find a comfortable driving position easily, while its memory function makes sure that you won’t have to do it all over again every time you hit the valet. Probably my favorite would be the side mirrors that automatically angle towards the curb when backing down. I will definitely miss that.

Lights are automatic, as is the rain wipers and climate control. I love the seat cooling function as it’s pretty nifty when you’ve parked the car under the sun. There’s also wireless charging, but I opted for my lightning cable so I could use the Apple CarPlay on the 8-inch MyLink touchscreen infotainment. The rear parking camera has a clear display and just in case you’re too lazy to do it yourself, the car has a self-parking function. Nice.

If there’s any gripe, that would be with the electronic parking brakes. It doesn’t have the convenient brake hold function, which kind of a waste. I mean, you’re already there. Why not cross the finish line and give us the convenience of not having to step on the brakes during bumper-to-bumper situations? 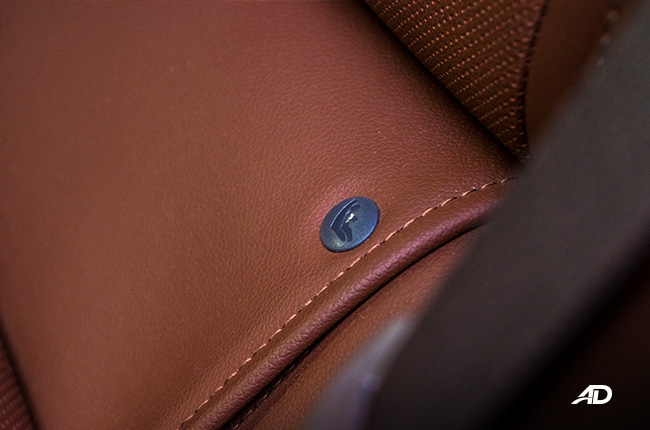 The Malibu also has emergency braking that isn’t just a blob of ink on the spec sheet. It does charge the brakes when needed, which will give you confidence during tight situations.

The aforementioned features are just on top of the standard eight airbags, automatic door locks, ABS with EBD, ISOFIX child seat tethers, and seatbelts for all passengers with front audible seatbelt reminders. Powering the 2018 Malibu is a turbocharged 2.0-Liter twin cam gasoline engine that replaced the anemic naturally-aspirated mill of its predecessor. It spews 250 horsepower and 353 Nm of torque, with the latter already accessible as early as 2,000 RPM.

With that said, the Malibu is spritely when needed with minimal turbo lag. Its 6-speed automatic transmission downshifts at will, while the wide range of RPMs at the fifth and sixth gears makes for a steady cruiser. If you want to do the shifting manually, you have to make do with the +/- switches on top of the gear lever. Still not my cup of tea; I really wish they went for normal paddle shifters instead.

As a front-wheel-drive vehicle with electronically-assisted steering, the Malibu surprisingly handles like a sporty sedan. It’s composed, planted, and has a very negligible body roll. Not what I expected from an executive car, but it is what it is. And that’s a good thing. 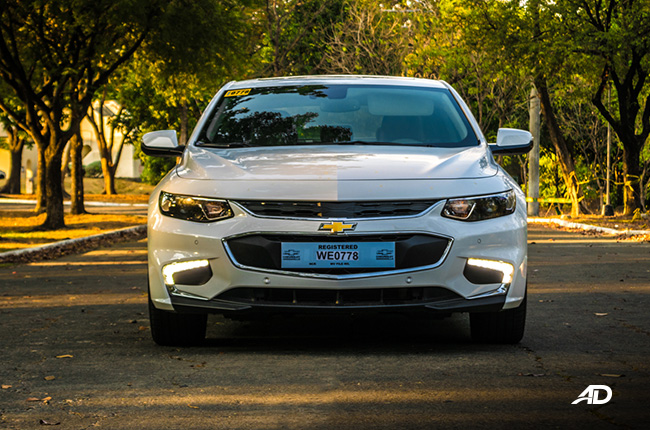 Even with forced induction in place, the Malibu isn’t a frugal machine, but it’s decent. Highway drives with the cruise control nailed at 90 km/h read back 15.3 km/L, while provincial and Sunday drives at around 60 km/h registered 10.1 km/L. City drives prove to be its thirstiest state as an hour in heavy traffic clocked in an abysmal 6.7 km/L. P2,131,888 – that’s what you need to shell out if you want to buy the 2018 Malibu in its sole LTZ variant. A bit steep, foolish even, considering that you can already buy a well-specced crossover or SUV at this price point. I believe that I have established that at the beginning of this review.

But then again, you won't buy the Malibu if it’s practicality that you’re after. If coddling ride comfort, a plethora of intelligent tech features that you’ll actually use, and solid driving dynamics are what you’re looking for in a family sedan, the Malibu should definitely be on your list. 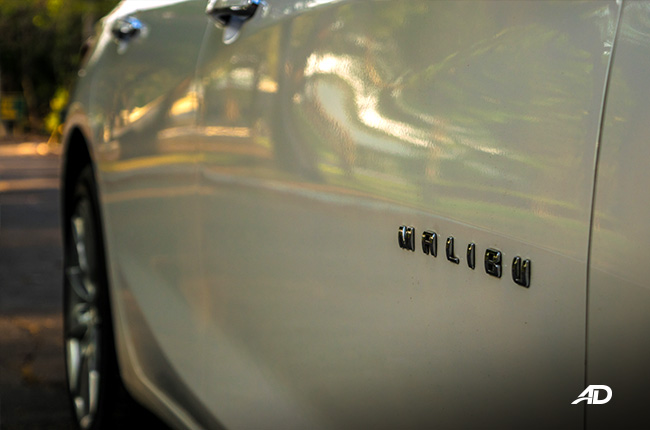