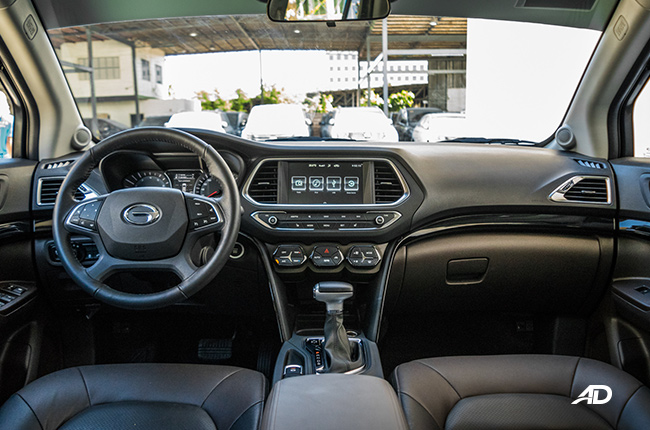 In my in-depth review of the 2018 GAC GS4, it may have not ticked the right boxes with its exterior styling. The chromes gave it away, however, the gem in this car is found inside its cabin – the entirety of it. We can’t deny that the car is Chinese-made, but it doesn’t look and feel like one when you’re inside the vehicle.

Here’s a closer look at the GS4’s interior amenities and cargo space, something that you should consider if you’re on the lookout for a compact crossover. Just like the GA4 sedan, the GAC GS4 is filled with brown and black leather trims. And they aren’t just cheap leather; I can tell that they’re of high-quality just by looking and feeling them. The brown accents are found on the dashboard and the doors, giving a premium feel to the entire cabin. However, just like the sedan, it has a steering wheel material that has seen better days.

The dashboard and center console area is also cohesive, with the buttons and knobs clustered together and easy to deal with. They have nice feedback, too, except for the borderline-lifeless side mirror adjuster. Plastics are also present, but they’re soft and masked with a matte finish. Beyond those, you’re pretty much greeted with a functional and ergonomic cabin. Add the sunroof to that for an enjoyable ambiance while cruising, especially at night. As a compact crossover, the GS4 follows the industry standard when it comes to interior space – cavernous and doesn’t really have limitations when it comes to the passenger’s height. The rear occupants would also have two cupholders and two bottle-holders to play around with, while air-conditioning is taken care of by vents found on the center console.

The pleasurable aesthetics and haptics of the GS4 account to the overall comfort of the vehicle, complementing the car’s soft suspension that can absorb road inconsistencies very well. NVH insulation is great, but can still be improved. 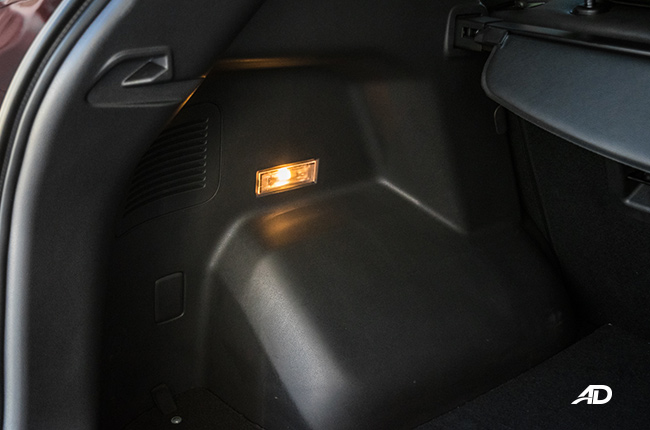 Just like the seating space, the GS4’s cargo area is generous with all the seats erect. What makes its trunk stand out is its flexibility; the rear backrests can be completely folded flat to the floor – just like how the Mitsubishi Montero Sport folds its third row. Doing so would reveal 1,410L of the lit cargo area, which is supplemented by a low loading height. The lip isn’t flat, though, something that can be added to our wishlist for this car.