Remember the time when The Calling’s Stigmatized was like the teen song of the year? I do. I recall seeing every guy in high school strumming their guitars and singing their hearts out, trying to emulate Alex Band’s deep, throaty voice. I also remember looking up the meaning of the song – going against society’s judgment between two unlikely lovers.

That’s the very problem that emerging Chinese car brands like GAC Motor are facing right now. Unfortunately, Filipinos have developed an allergic reaction to things stamped with ‘Made in China.’ But quite frankly, I think it’s high time for us to stop this racy mindset. Why? I had the GAC GA4 for an in-depth review and it totally changed the way I look at Chinese cars.

Performance
Engine Output (HP), Acceleration, Transmission, Handling 4.0/5
Design
Exterior & Interior Design, Quality, Fit and Finish, Ergonomics 4.0/5
Ride Comfort
Cabin Comfort, Suspension, NVH Insulation 4.0/5
Safety and Technology
Convenience Technologies, Active and Passive Safety Features 4.5/5
Value for Money
Amount of the vehicle you get for the price, Fuel Efficiency 4.5/5
What You Will Like
What You Won't Like
How We Do Our Reviews 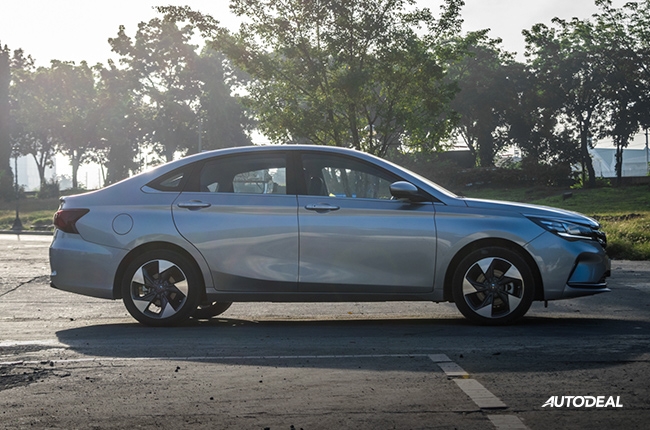 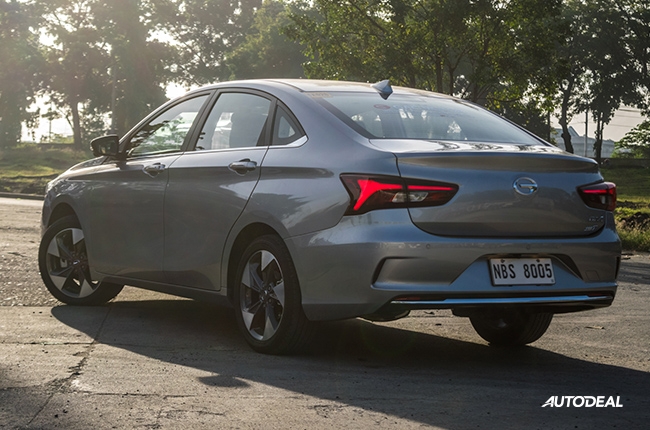 While compact sedans are becoming sportier than ever, the GAC GA4 begs to differ with its classy styling combined with a few bits of sportiness. To amp up the classy appeal of the car, the GA4 has several chromed parts such as its wide, three-slat grille and the strips that connect the triangular LED fog lamps, underline the windows, and flank the reflectors at the rear bumper. I am never a fan of chromes, but the GA4 somehow gets away with it.

The GA4 is a compact sedan by size, which means it competes directly with popular sedans like the Honda Civic and Toyota Corolla Altis. In fact, it’s bigger in overall dimensions but a bit short in wheelbase. It shows, as the GA4 has long front and rear overhangs, giving the car a sleek profile. Frankly, I like it and the car radiates a European vibe – sans maybe the halogen lamps which come standard with this range-topping 1.3 Turbo variant. LED headlights would look nicer.

Just don't mind the huge GAC Motor decal on the windshield of this media unit. That’s just part of the company’s marketing strategy to introduce a new name; your car won’t come with it, of course. Maybe shift your focus on those uniquely-designed 17-inch rims and the sharp LED daytime running lights. Sitting inside the GA4, there is one question that immediately popped out of my head: Is this really a Chinese car? The GA4 employs a very neat and composed interior layout that doesn’t look and feel like one. Gone were the days when hard plastics populate the majority of the Chinese cars’ cabin; the GA4 is rather clad with soft black and brown leather. Yes, there are still a few hard plastics, but they’re masked with a matte finish which looks great, honestly.

If there’s any gripe in the cabin, that would be the material used on the steering wheel – the very thing that you touch constantly while driving. I’m pretty sure it’s leather but it’s rock-hard, in my opinion. Setting that aside, you’re pretty much sitting in a near-luxurious vehicle without having to pay for a heavy price tag.

The high-quality materials are paired with commendable ride comfort, brought about by the soft suspension setup of the car and well-insulated outside noise. Despite its low ground clearance, the car could absorb road imperfections well. Also, as a compact sedan, it has generous leg-, head-, and elbow-room, while A/C vents are present at the back to ensure creature comfort. Trunk space is roomy, thanks to the car’s long rear overhangs, plus it can be extended by folding the rear seats 60:40, while the ambiance is taken care of by a power-retractable sunroof and ambient lights at night. 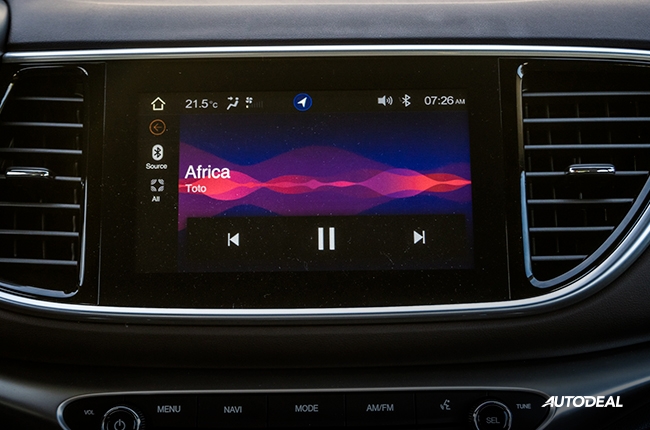 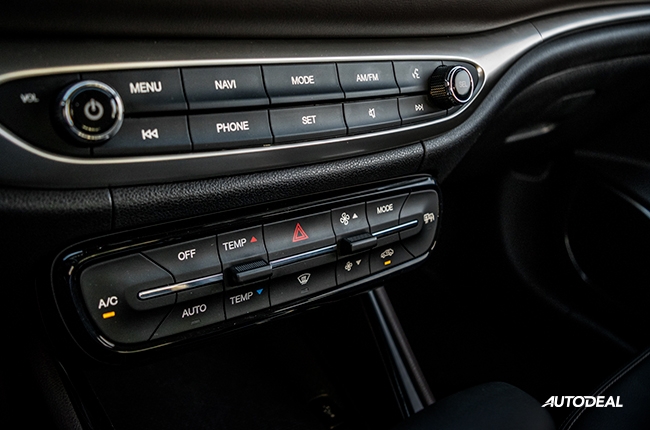 Another thing I like about the GA4 is its 8-inch infotainment system. Its display has soft colors and it has minimal lag. It doesn’t have Apple CarPlay and Android Auto, though, so you would need to settle with Bluetooth connectivity to play music from your phone, which you would enjoy with the decent-sounding speakers. Handsfree calls are loud and clear, as well. Lastly, two USB ports are available inside the car: one in the center console and one at the back underneath the air vents.

I just wish that GAC could make its Navigation system work, as it could have been a useful feature especially when your Waze app is having a hard time connecting to the internet. 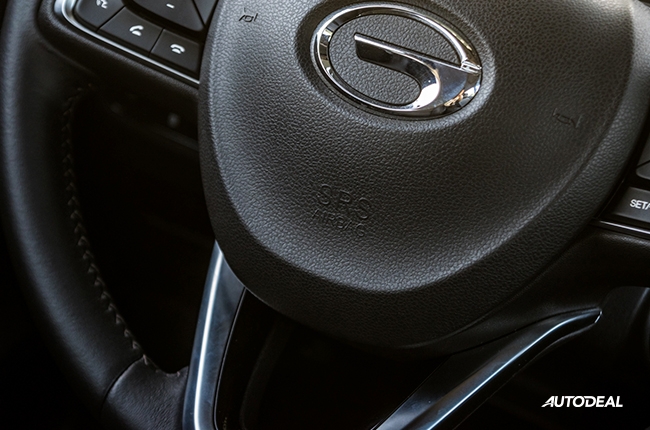 Safety is a priority in the GA4 with its long list of passive and active features. As the range-topper, it comes with dual front and side airbags, seatbelts for five people, seatbelt reminder for the driver and front passenger, electronic stability program (ESP), ABS with EBD, traction control system, tire-pressure monitoring system, and ISOFIX child seat anchors. It also has an auto-unlock function when the car received an impact.

Take note, some of these features aren’t found in its pricier competitors, which tells you that you’ll get more of what you paid for in this car in terms of safety. 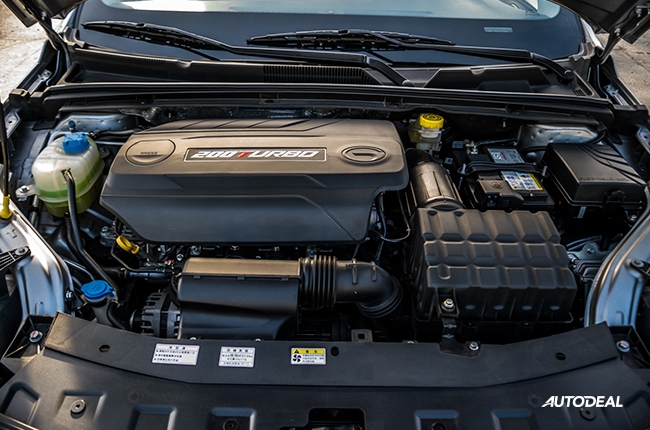 The GA4 maybe a compact sedan by size, but its engine would raise eyebrows from car buyers – a 1.3-liter turbocharged gasoline power plant that produces 136 hp and 202 Nm of torque. I was taken aback at first, too, but that faded away as I tested the car. Regardless of the size, there was never a time that I wanted for more power from the car. Be it ramps, fast runs, highway stints, or even when overtaking, the force-inducted mill was able to deliver, and it delivered the power with precision. The six-speed automatic transmission wasn’t hesitant to downshift, as well, and the turbocharger kicked in at around 2,300 RPM for that needed boost.

If you would like to do the shifting manually, you could, but getting there was a bit odd. You would need to press the circular D-M-E button first (adjacent to the gear-shift lever) until the gear indicator on the instrument panel changes to a number, then toggle the +/- button on the gear-shift knob. It’s a cumbersome process, to say the least, so you’re better off leaving the car on automatic mode. It also has an auto-hold function, which was heaven-sent while in traffic, but moving forward while it’s on was a bit harsh – something that GAC can improve on.

Given its surround-view monitor and wide driving visibility, the GA4 wasn’t hard to maneuver. It also has a dynamic steering feel, which was light during slow speeds and tight during faster runs. Although, there’s a great deal of understeer felt when tackling turns at speeds, so you need to be careful with that. There's also considerable body roll due to its soft suspensions. The four disc brakes, on the other hand, were superb. 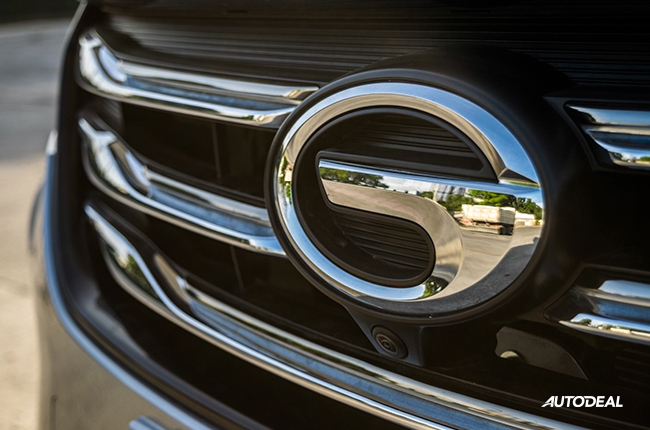 With its small displacement engine, the GA4 also stood out when it comes to fuel efficiency. Crawling through heavy-traffic-laden city streets for an hour read back 7.2 km/L, while faster runs at around 60 km/h registered 13.2 km/L. Cruising at 90 km/h gave its best reading at 21.2 km/L. Take note that these numbers were taken with a maximum of two passengers on board and with fuel efficiency in mind.

Going back to the song Stigmatized, let’s take a look back at its first lines. “If I gave up on you, I give up on me. If we fight what’s true, will we ever be.” True enough, stigmas are meant to be fought against, and the GAC GA4 is the perfect representation of Chinese cars putting up a good fight against stigmas. And frankly, it’s a scary effort – at least for the popular Japanese brands.

With a car that comes in at a very affordable price tag of P988,000 for the 1.3 Turbo AT trim but offers at par, if not better, overall amenities with popular Japanese nameplates, it’s about time that we Filipinos accept that modern Chinese cars are getting better and better each year. The GA4 is a great car, with all things considered, and I highly recommend that you test the car yourself so you could experience what I’m talking about.

It’s true that the reliability of new players in the market is kind of a gamble. GAC Motor is throwing in a five-year warranty with its cars to serve as a guarantee. But with a car this good, taking that gamble wouldn’t be such a lopsided bet. I just hope the brand could deliver even after five years of ownership. 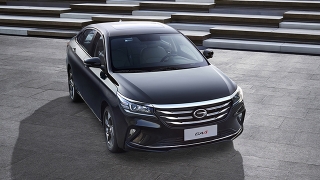