Compact five-seater crossovers have become a niche offering because of their relatively steep price as compared to the popular seven-seater midsize SUVs. The Hyundai Tucson isn't alien to that trend, but it can still put up a fight because of one word – diesel.

But times have evolved and there are now more diesel compact crossovers in the market such as the Honda CR-V and the facelifted Kia Sportage recently. Hyundai Philippines didn’t waste time and gave the Tucson a refresh, which begs the question: does it still have what it takes to come out on top despite the competition? More importantly, is it still a viable option even with the availability of bigger SUVs at the same price point?

We got the top-of-the-line 2019 Hyundai Tucson CRDi for an in-depth review to find out.

Performance
Engine Output (HP), Acceleration, Transmission, Handling 4.0/5
Design
Exterior & Interior Design, Quality, Fit and Finish, Ergonomics 3.5/5
Ride Comfort
Cabin Comfort, Suspension, NVH Insulation 4.0/5
Safety and Technology
Convenience Technologies, Active and Passive Safety Features 3.5/5
Value for Money
Amount of the vehicle you get for the price, Fuel Efficiency 3.5/5
What You Will Like
What You Won't Like
How We Do Our Reviews The Tucson’s exterior styling is a departure from its pre-facelift model but admittedly, the main changes only reside at its bigger front grille. The Fluidic Sculpture 2.0 design language is still there but the chromed cascading grille has changed from being hexagonal to the now hourglass shape. There are no daytime running lights but there are LED guidelines at night that outlines the less squinty projector headlamps. The taillights from the predecessor have been retained, while the rear reflectors are positioned higher.

While I absolutely adore the new design of the 18-inch wheels, the choice of colors for the 2019 Tucson makes it blend in the sea of huge vehicles out there, as opposed to the striking Ara Blue color before. Don’t get me wrong: the overall appeal isn’t bad, especially if you see a Dusk Blue one in the metal. It just doesn’t stand out on the road. It’s like Chuck Taylor, white shirt, and denim – it’s not going to offend anybody but you won’t be getting a lot of compliments either. With the 2019 Tucson’s subtle exterior changes comes a kind of major makeover inside. It’s hard to miss the floating infotainment system, which somehow decluttered the dashboard of buttons found in the old model. With this, controls are simple and easy to get used to, plus there’s an abundance of cubbyholes and cupholders to house all your stuff. In the entirety of it, the cabin doesn’t evoke any drama, which is actually a good thing. If there’s any gripe, that would be with the hard plastics in matte, but they’re fewer than before, I reckon.

As expected from a compact crossover, the Tucson is spacious inside, especially in the cargo area with all the backrests folded. The seats, albeit fabric-clad, are soft and comfortable to sit in. Three people won’t have any problem sitting at the back while everyone would be cozy with its air-conditioning with rear vents. NVH insulation is great, with the exception of some tire noise creeping in at highway speeds. Suspension, on the other hand, leans toward comfort, able to absorb road bumps with ease. There are just some few moments when I was thrown around the cabin after passing through half-assed humps, but that served as a reminder to slow down. One for the book of updates of the 2019 Tucson is its technology offering. Apart from the push-start ignition of the range-topper GLS, the headlights have auto on/off function and levelizer, while the driver seat is power-adjustable in eight ways. The side mirrors fold automatically when you lock the doors, too. Air conditioning isn’t automatic, but it has a max setting that can quickly cool the cabin when you left in a sunny parking lot.

The biggest improvement inside the Tucson is its seven-inch touchscreen infotainment system that doubles as the display of the rear parking camera (with sensors). It has a great color scheme that’s soft to the eyes and has minimal lag. The best part is, it has Apple CarPlay and Android Auto, which makes smartphone integration easy and painless. The sound from the six speakers is okay but it only has three EQ adjustments, suitable for pop music. The 2019 Tucson is on the average when it comes to safety offering. Each vehicle in the Tucson range is equipped with dual airbags ABS with EBD, while the top-of-the-line GLS variant has Electronic Stability Control (ESC), Downhill Brake Control (DBC), and Hill-Start Assist Control (HAC). The seatbelt reminder is exclusive to the driver, though.

Security is taken care of by its immobilizer and alarm. 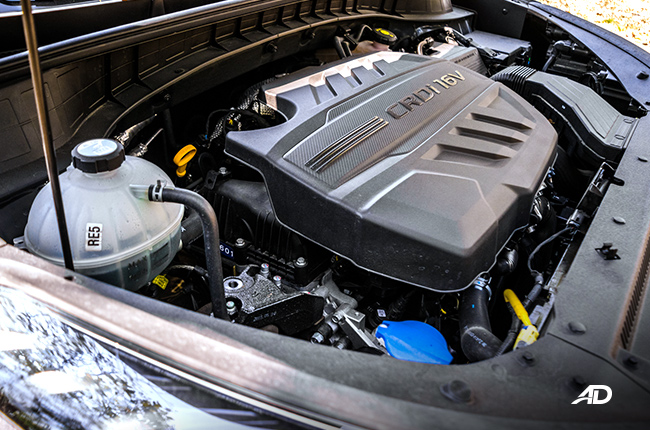 The retained 185-hp 2.0-liter CRDi diesel engine is the major selling point of the 2019 Tucson. It’s a sleeper; I almost thought that it's underpowered but apparently, it wasn’t. Pressing harder on the accelerator would put you to speeds intently. And by the time the turbo kicked in at around 2,000 RPM, a big chunk of torque would be felt, with the max 402 Nm of torque peaking just before the 3,000 RPM mark. It’s a comfort-oriented type of linear power delivery, thanks to the new eight-speed automatic transmission that sends all the power to the front wheels.

While the engine and transmission combo was applaudable, its handling was just okay. There were moments of tolerable understeer at tight fast turns, with an understandable amount of body roll. Torque steer was felt at times especially at full throttle, but it’s nothing to be worried about. Tight city crawls, on the other hand, was a cinch with its wide driving visibility – just make sure to sit higher than usual as the door panels are a bit too high for a low driving position. Did I just mention that the diesel engine is the Tucson’s main selling point? Well, part of that is because of its impressive fuel efficiency. At snail-paced city drives, the fuel economy meter read back a decent 8.9 km/L, while Sunday morning drives at around 60 km/h registered 15.2 km/L. Going for Eco mode improved these numbers further by 10% to 12%. Highway drives at around 90 km/h clocked in a notable 19.2 km/L in Normal mode. With a price tag of P1,835,000, some might find the Tucson a bit lacking when it comes to technology and safety features. It may be hard to defend its price point versus the availability of seven-seater pickup platform SUVs out there, but then again, you won’t turn your attention to the Tucson because you want seven seats. Performance, space, and fuel-efficiency are its main selling points, catering to car buyers who are looking for a solid cruiser while spending less at the pumps.

And of course, ride comfort – something that midsize SUVs aren't known for. 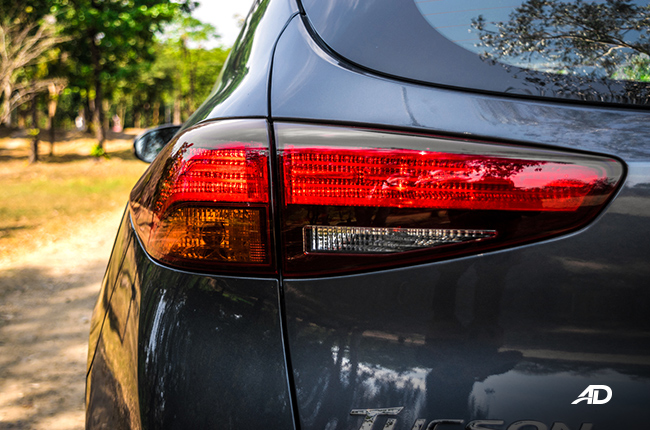 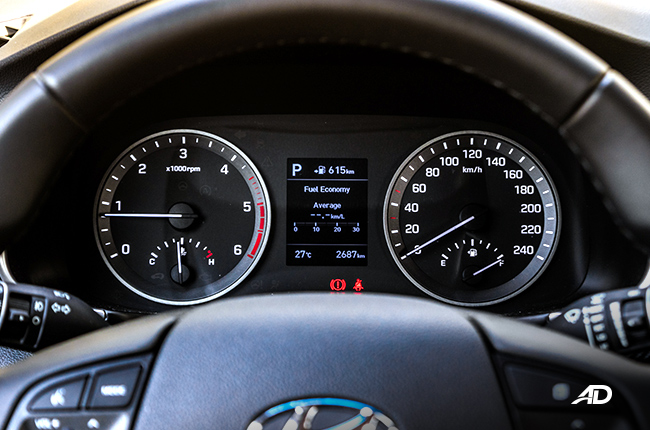 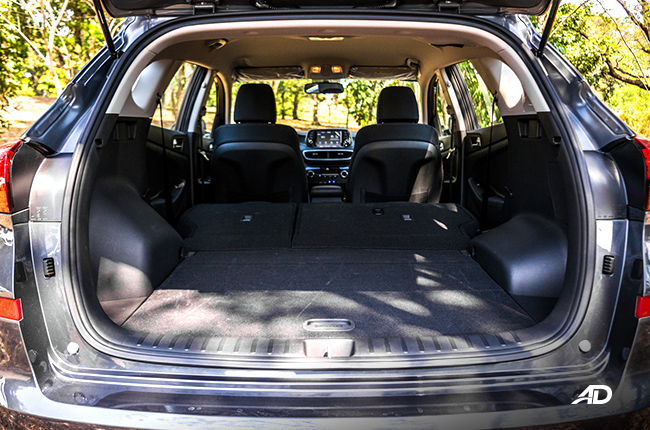 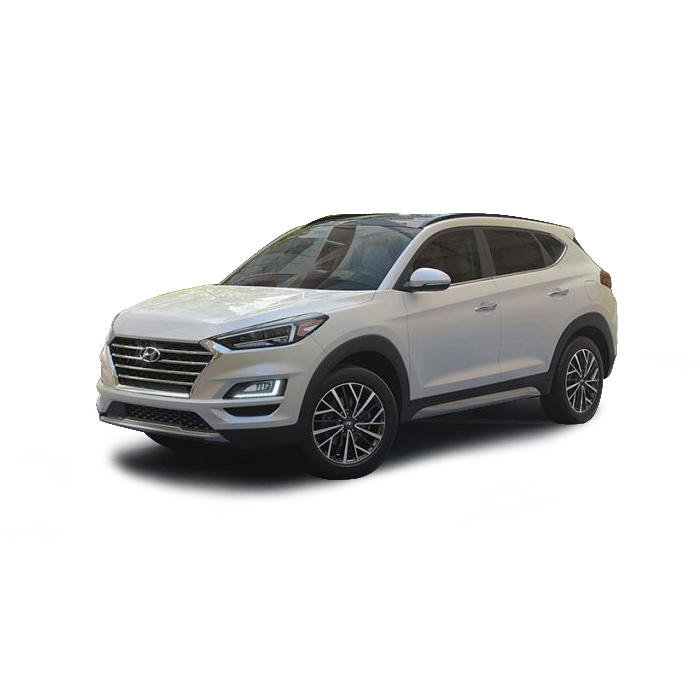 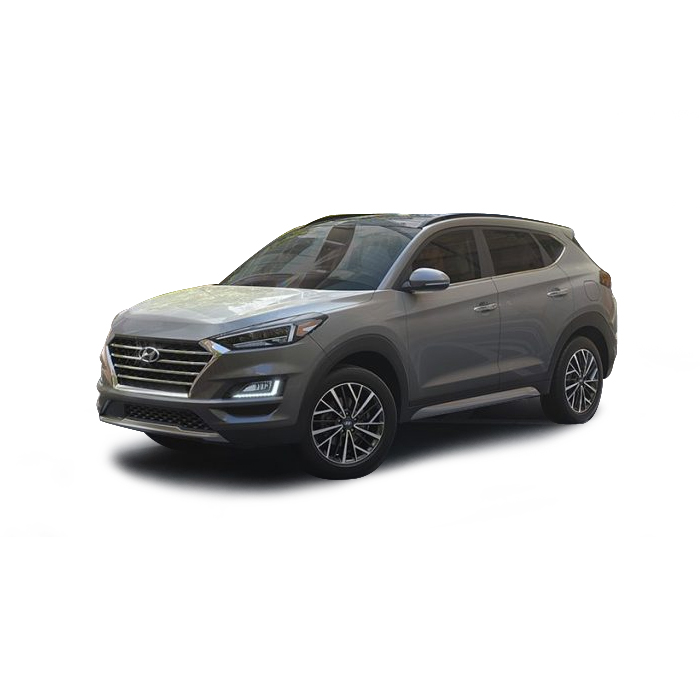 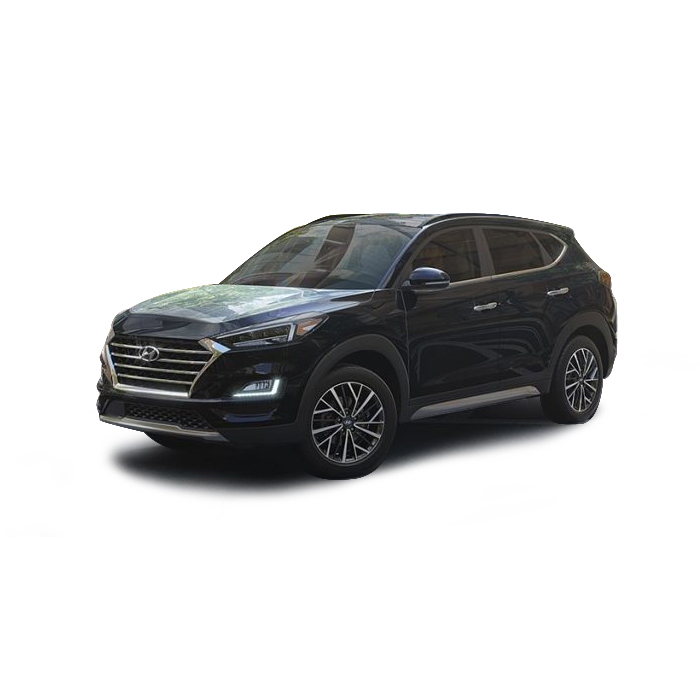