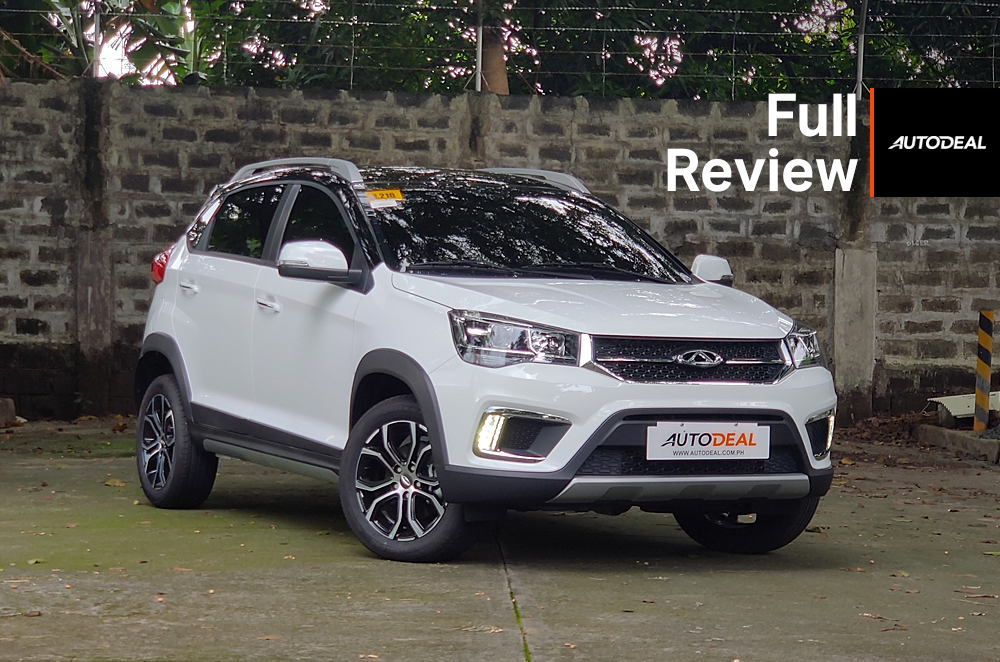 No matter how you look at it, cars can get pretty expensive. There are models that will cost you an arm and a leg, there is no doubt about that, however, some brands in the Philippines aim to please and to give you the best bang for your buck. Chery, with their great prices, and even more impressive warranties, aim to please with its Tiggo lineup of crossovers.

Performance
Engine Output (HP), Acceleration, Transmission, Handling 3.5/5
Design
Exterior & Interior Design, Quality, Fit and Finish, Ergonomics 3.5/5
Ride Comfort
Cabin Comfort, Suspension, NVH Insulation 3.5/5
Safety and Technology
Convenience Technologies, Active and Passive Safety Features 4.5/5
Value for Money
Amount of the vehicle you get for the price, Fuel Efficiency 4.0/5
What You Will Like
What You Won't Like
How We Do Our Reviews Chery’s vehicles come in pairs, at least for the lineup in the Philippines. The Tiggo 5X looks like the Tiggo 8, and the Tiggo 2 is a smaller version of the Tiggo 7 to some extent. The design isn’t that inspired, but it isn’t inspired by anything either. You get halogen projector headlamps LED DRLs and park lights, and a grille that is plainer than the 5X’s and the 8’s. 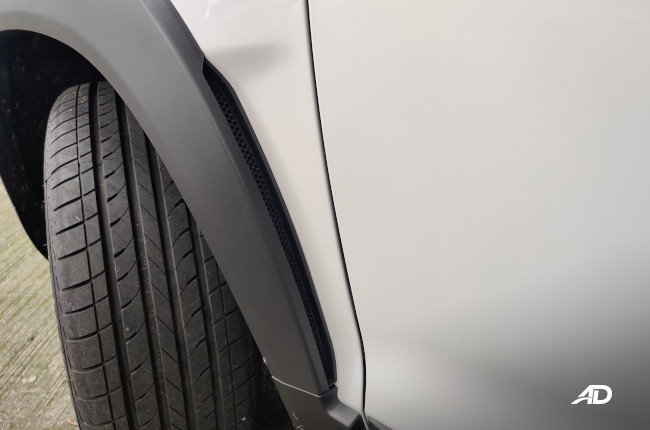 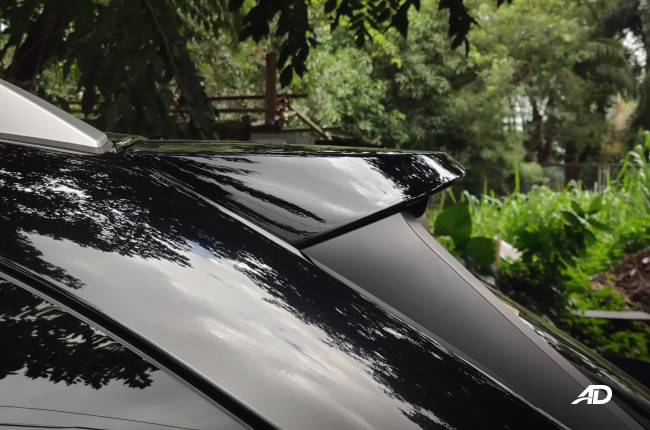 The side gets a little more interesting, but most cuts and curves are just cuts and curves. There is a faux vent that goes from the front wheel well which does look interesting but seems a bit much. We also find the 16-inch two-tone aluminum wheels a nice touch. The ground clearance is also good at 186 mm and you also get black cladding all around that do well to protect from splashes of dirt. 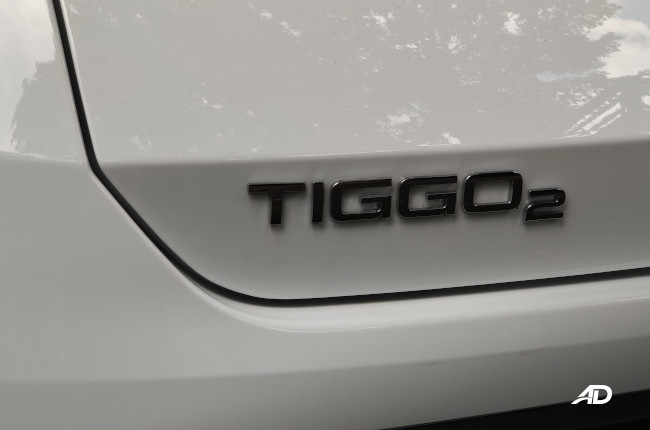 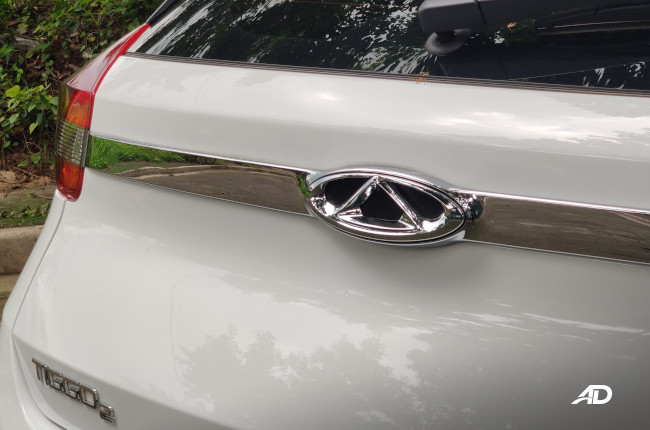 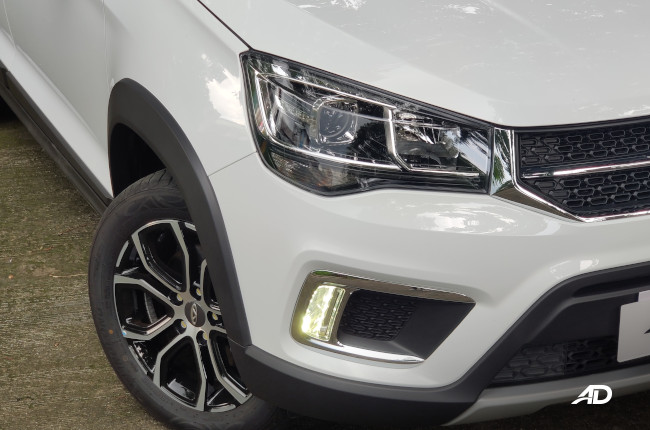 The rear, however, is more round than angular like the front. It’s not gaudy by any means, but there are elements that may throw you off, like the chrome garnish down the middle, and perhaps the small door with a rather large lip. The lights at the back are quite nice to look at with the LED inside the red housing, and the turn signals and the reverse light being in line with that chrome garnish. You also get two rear fog lamps which may not be groundbreaking, but it’s a neat addition for extra visibility in low-visibility situations. 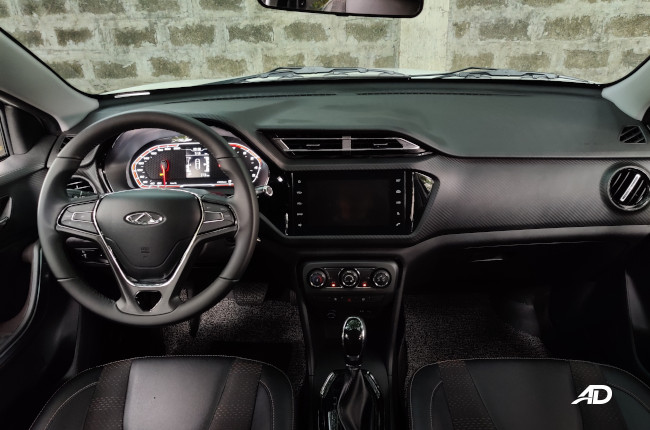 Step inside the Tiggo 2 and you are greeted with a plethora of plastics. Acceptable considering the price point and segment that this vehicle occupies. It’s not the best-feeling plastic out there, as it is a bit on the hollow side in some areas. In a lot of areas, however, you may find faux carbon fiber patterns on the dashboard and even on the doors. Some of us are okay with it while others aren’t too hot about this design decision, but it’s better than the piano black plastics found on the infotainment system’s frame and the gear lever. 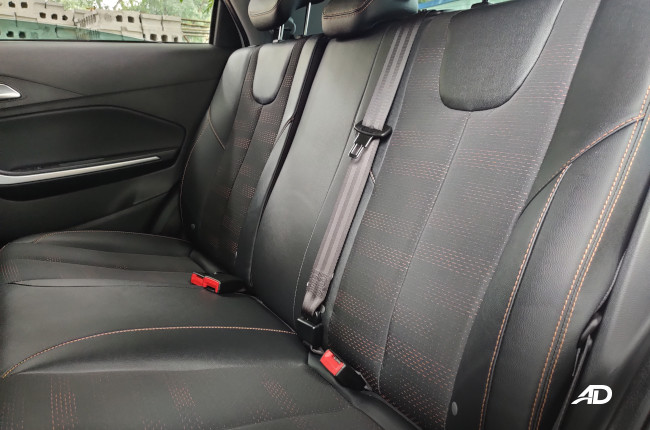 Seating is good for 5 people, but best for just 4 with 2 in each row. The upholstery doesn’t feel that premium, though, Chery used combination fabric and leather seats to give the Tiggo a durable yet comfortable space for your bum. More durable in high wear areas, and more plush and comfortable where it needs to be. Though, we are fans of the accent stitching found all over these seats. Also wrapped in leather is the steering wheel which is pleasant to use whether in the city or on the highway. The gauge cluster is a bit funky and something to get used to, but it does its job well. 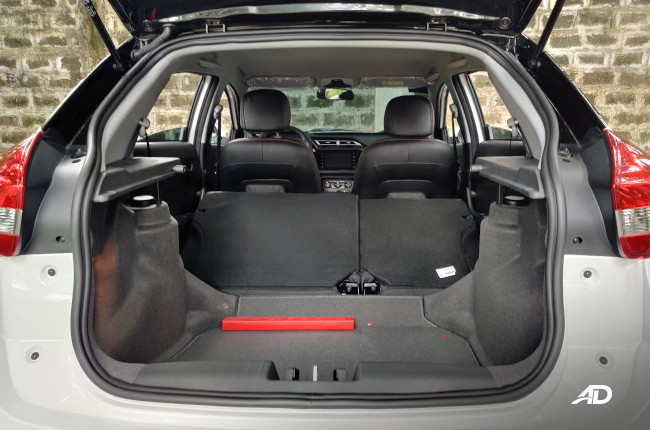 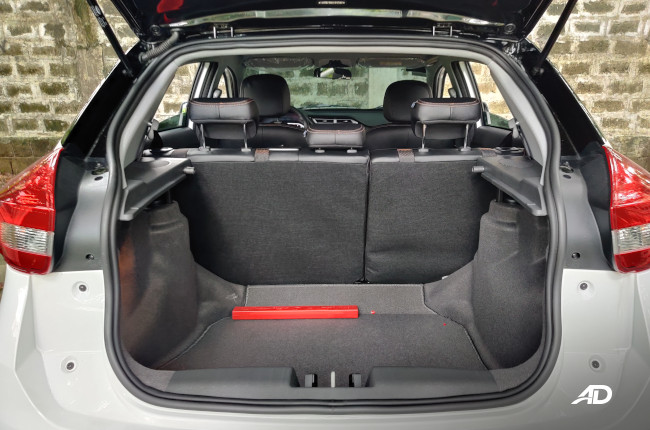 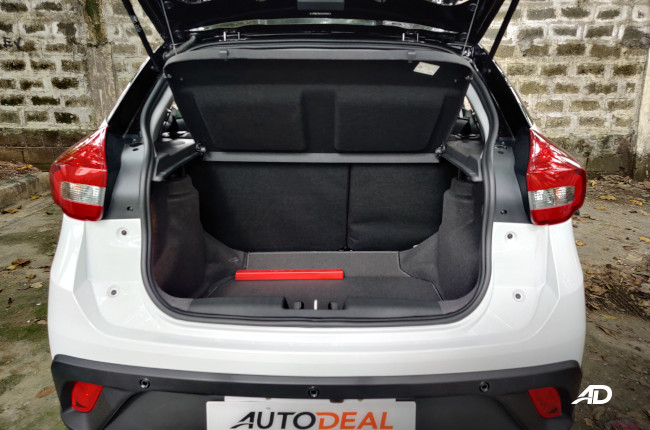 While the Tiggo 2 doesn’t shine its brightest on the material side of things, the crossover gets loads of space for everyone to use. Legroom and headroom are quite great for a car of this size. You also get a sizable boot that comes in at about 420 liters with the rear seats up, the only thing you have to get over is the rather tall lip in the cargo area. The rear seats fold down, however, they don’t fall flat, so you get more space, but not a flat floor, which we would have liked to see. 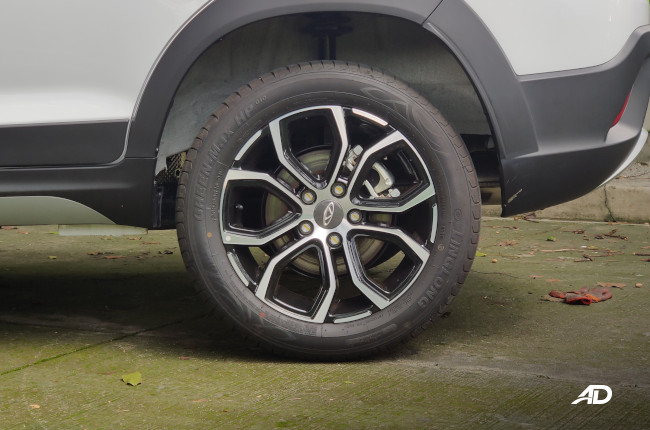 The ride is just adequate for most Metro Manila roads. It’s not the most refined, and it could use a bit more chassis rigidity. It’s just about par for the course when it comes to comfort, but we were left a bit wanting.

The specifications of its suspension give us the bigger picture. Even with a unibody chassis, the torsion beam at the rear and the vehicle’s rather heavy weight contribute to the slightly compromised comfort. NVH is not amazing, letting in most sounds from the outside which include tire noise. 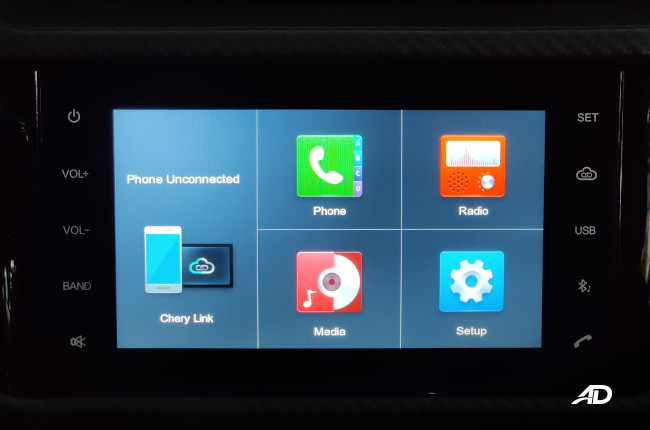 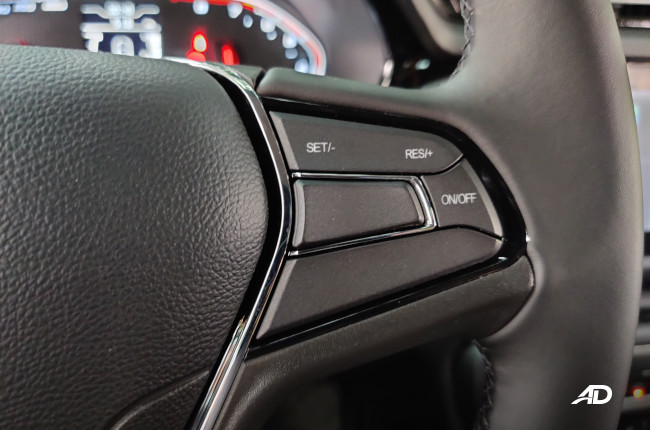 The infotainment system inside the Tiggo 2 is average. You get an 8-inch infotainment system that is pretty standard. It doesn’t have Apple CarPlay or Android Auto, but it has a reverse camera and rear parking sensors to boot. Though, it is a good thing that it has parking sensorsw because the rear camera could be better. It’s usable, but we’re just wishing for more detail. 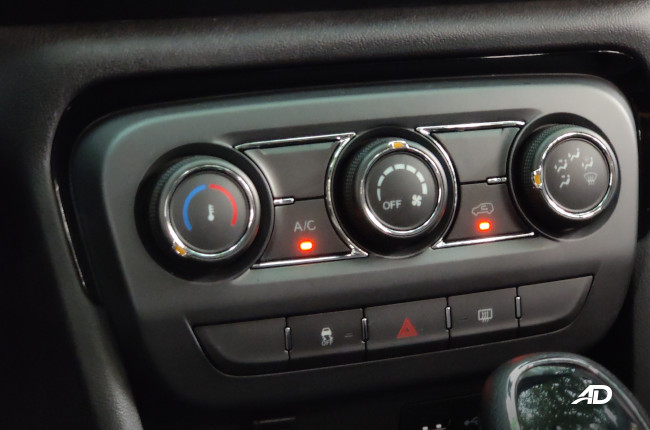 The other amenities, however, are pretty standard and quite good for what you pay for. You also get cruise control and steering wheel audio controls. Though, like its price point suggests, you get a monochrome screen in between your two dials, and manual air controls which is still a very acceptable kind of climate control system for this car.

All in all, the Tiggo 2 delivers a decent package for its tech. There could be better features incorporated into the vehicle, but that would drive the price up, and considering that you have most of the basics covered and you’re in a crossover, it’s acceptable. 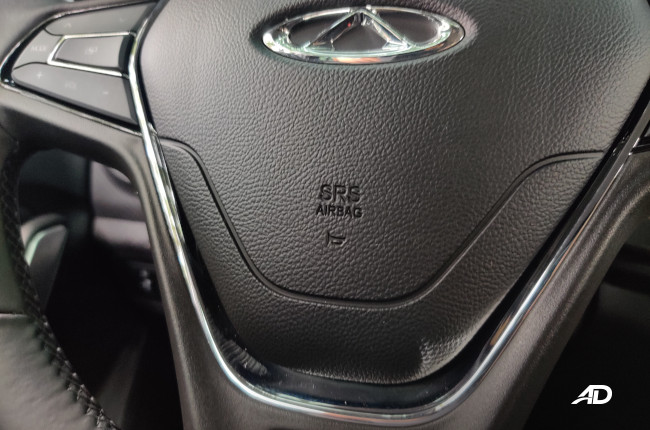 Now, this is where the Tiggo 2 shines the most in contrast to its rivals. It puts other more expensive cars to shame in terms of safety. You get two front airbags for the driver and passenger, ABS with electronic brakeforce distribution, electronic stability control, emergency brake assist, brake override system, brake assist system, hill-descent control, hill-hold control, traction control, emergency signal system, and ISOFIX tethers.

With a list of safety features that long, we’re actually shocked that the Tiggo has this much kit in a package that is this affordable. 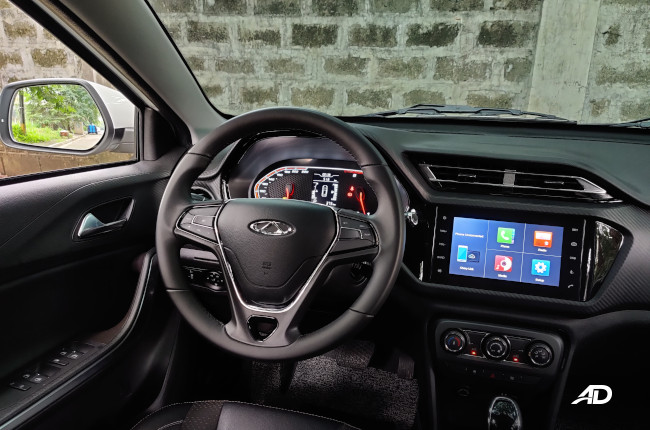 Behind the wheel of the Tiggo 2, and it is just decent. If you’re not expecting too much, it will get you from point A to point B without the driver or passengers complaining all too much. However, if you are a bit more finicky, then you may find that the Tiggo 2 is lacking in terms of sharpness. It drives just alright, nothing fancy like a turbocharged motor on board, instead you only get a 1.5-liter naturally aspirated gasoline motor with 4 cylinders that produce 106 hp and 135 Nm of torque. It’s not much at all and when that engine is carrying over 1,100 kg of weight, it will seem taxed.

Getting up to speed and cornering aren’t the Tiggo 2’s strong suits, and for good reason. As a normal car, it does well to give the driver an easy time. The steering is reasonably sharp and light enough for city duties. The engine may not be the best at getting up to speed, however, low-speed crawls are quite alright thanks too to the 4-speed automatic transmission.

Overall, the drive is meant to be slower-paced. It’s good enough for most drives around town or an errand run. However, as we touched on our comfort section, the chassis could use a bit more rigidity. 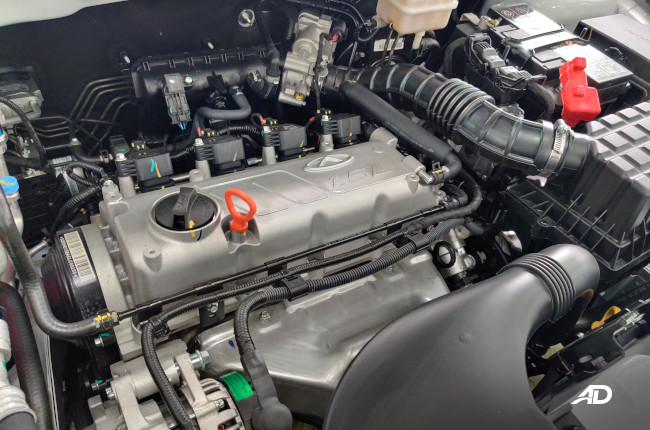 Now for efficiency, we only got 7.5 km/L in the city during rush hour and around 10 km/L when the traffic eventually subsided. On the highway, we managed 15 km/L which is decent for this class. Nothing to write home about. For the weight, it’s understandable why the figures were only so high. 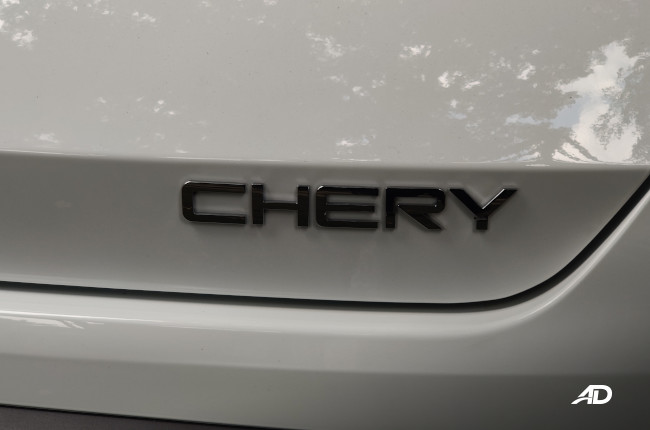 The price of the Tiggo 2 in its AT trim comes in at just P770,000. For what you get, it’s not a bad price. If you’re in the market for a small crossover, that’s not actually so small on the inside, for the price of a small hatchback, then this could be the model that fits the bill.

In terms of passenger space and safety tech, the Tiggo 2 gives you your money’s worth. If these two aspects are important to you, then it’s a good bet. Driving dynamics aren’t the Tiggo’s strong suit, but if you’re not going to wring out the engine or corner like there is no tomorrow, then the Tiggo 2 offers decent performance per Peso.