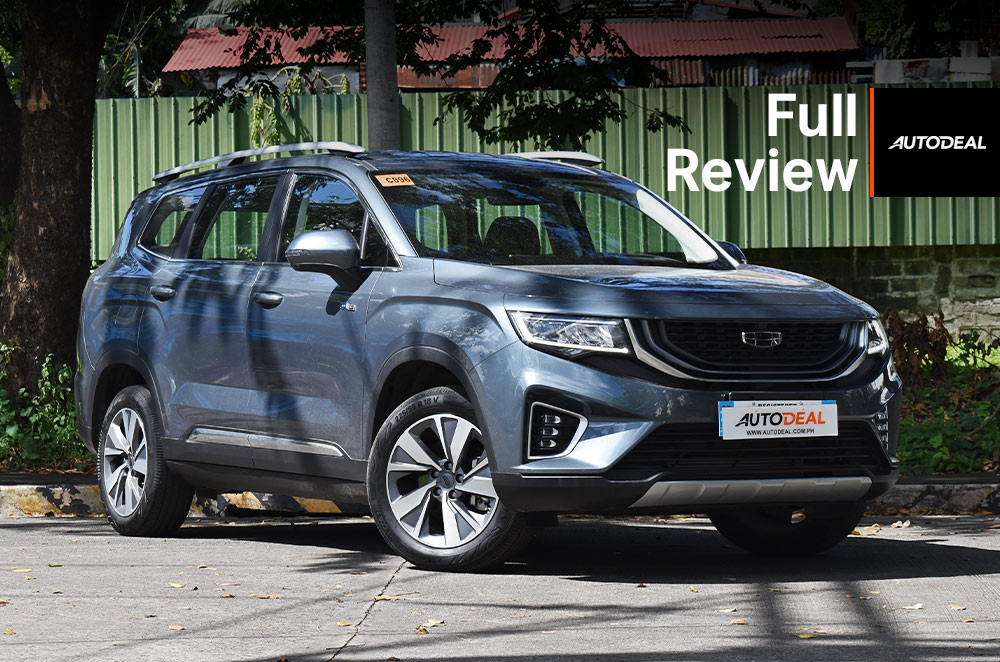 The Geely Okavango, weird name, great car. To preface this review, we were actually teased by Geely prior to the launch when the model was proudly displayed in the showroom of their North EDSA dealership with the brand offering up pre-selling incentives. So it’s one of those cars that we got to see before it’s official launch.

Now first impressions aren’t everything, but they sure do have an impact during a review period. When it comes to Geely, expectations are quite high, but the Okavango is just a memorable, but hard to pronounce hurdle that names a so-called “MPV” that is actually one of the best bangs for bucks in the market at the time of writing.

Performance
Engine Output (HP), Acceleration, Transmission, Handling 4.5/5
Design
Exterior & Interior Design, Quality, Fit and Finish, Ergonomics 4.0/5
Ride Comfort
Cabin Comfort, Suspension, NVH Insulation 5.0/5
Safety and Technology
Convenience Technologies, Active and Passive Safety Features 4.0/5
Value for Money
Amount of the vehicle you get for the price, Fuel Efficiency 5.0/5
What You Will Like
What You Won't Like
How We Do Our Reviews 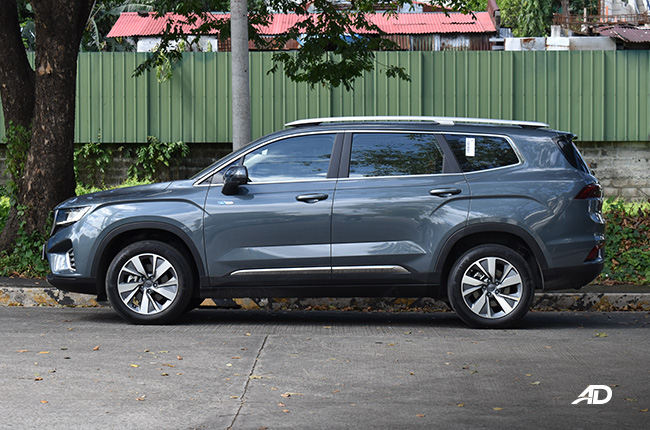 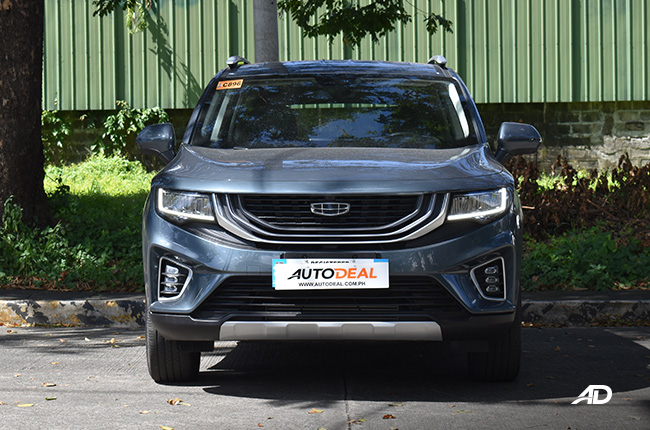 Like other Geely cars in the lineup, the Okavango has a very sharp presence about it. It’s not going to give you a hard time to like the clean lines, instead, it’s a quite fetching vehicle that has all of the trimmings that you can come to expect from Geely. Notably, you find an all-LED affair in the front of this Urban model which comprises headlights, fog lamps, and DRLs. LEDs also populate the rear giving the Okavango a premium look in terms of lighting. Speaking of premium, the car does not look like its price point and doesn’t feel like its price point. The sheet metal is pretty good and quite thick. We’re impressed with the quality that went into it, and the design itself isn’t half bad either. It might not be everyone’s cup of tea, and some people prefer the sleekness and aggressive pegs of the Coolray or Azkarra, but this is its own level of sedate and rugged mixed with some sophistication in there somewhere. On to the numbers, you get a 194 mm of ground clearance along with 18-inch wheels that look like the propellers of a boat, and it does get disc brakes all around. It’s more of a 7-seat crossover, we feel. It has a rather high stance and wheels that are already quite large. Though that’s a point in its favor because it’s not priced like its more expensive crossover rivals with 7 seats. 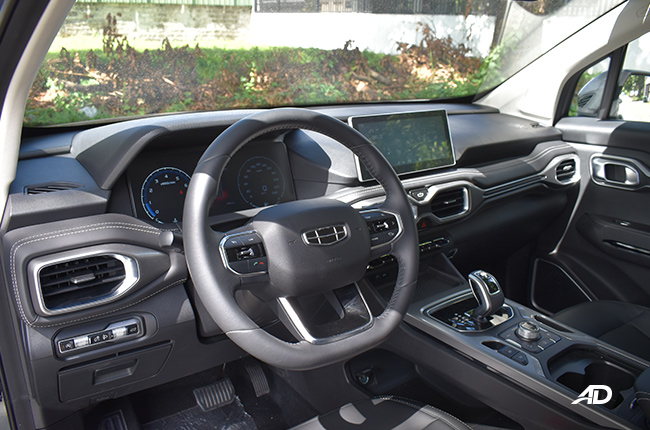 Now on to those seven seats. Being the first one in the Geely lineup, the Okavango is quite odd, or should we say unique. Instead of a 60-40 split-fold center bench, you actually get individual seating for every passenger which is pretty neat. The only con is that you do have to pull a couple more straps and levers compared to 7-seaters with 60-40 split-fold seats, but that’s a minor inconvenience for individual comfort.

Space in the third row is as expected with the class. It’s good for smaller adults and kids, but if the great thing is that you get a sliding front row which allows you to grant more space in the passengers at the back if you so desire. The middle-row is like midsize SUVs, you get a lot of space, enough to sprawl out. Though, a bit of a miss is that Geely didn’t put a panoramic sunroof in this model. Paired with the optional bed, it would have been a major win for the brand. Another win is the air vents in the middle and back row passengers which keep everyone cool on a warm day.

Then you get the cargo. As one of the jokes during the launch, the Okavango tester we got from Geely Philippines came with an inflatable bed, and we definitely tried it out. You can definitely sleep in the Okavango, take it out on a picnic or even camp with it. There is enough cargo area for a bed, and there is enough for more than just your week’s worth of groceries. As for the numbers, you get 257-liters of space with the third row up, 1,200 with the third row down, and 2050 liters with all seats folded flat. Sitting in the rear, the seats are nice and supportive. You get a good amount of bolsters that keep you in place, though if you are a wider individual, you may find that the seats aren’t as wide at the back, however, the front seats are plenty wide enough to accommodate you, and also have good amounts of bolstering.

Apart from that, the ride comfort is sublime, thanks to the fully-independent front and rear suspension. Going over bumps isn’t an issue, going over humps is easy, and the only other hurdle that you will have to deal with is the size. It could be a challenge, but the 360-degree camera will let you drive around tight spots with ease. Right off the bat, we’re still picking at the fact that the Okavango does not have Android Auto or Apple CarPlay. That would have completed the experience if we’re being honest, but nonetheless, it is still a great experience being able to pair at least with the Bluetooth connectivity that this model has. On top of that, you are also greeted with a wide 10.25-inch screen which is also home to your 360-degree camera, which is also quite fantastic to use. The cameras are clear and the resolution of the screen is pretty great as well. On top of that, you get an 8-speaker audio system. The added speakers allow a more leveled sound throughout the entire cabin, which is good for this model. Apart from that, you get a nice gauge cluster that is all digital, though only the middle part of the screen is reconfigurable and changes color when you do select the ride modes. You do get cruise control, but it is basic, and as mentioned, you do get 3 driving modes to choose from, the first being comfort, the second being eco, and the third being the sport mode. The big difference between the modes is the throttle response, in eco mode, you really have to put your foot down to accelerate. In sport, even a slight press will let the car move forward with intent. Comfort is the most balanced of the two and our favorite.

Overall the tech in this Okavango is more than enough for the battle in the MPV segment. It’s just missing one thing to receive top marks, but other than that, we can’t really complain since the tech elements in this 7-seater are very well done. The overall package for safety is full and more than enough for day to day driving. There could have been more done, but given the price point, the Okavango is a nicely equipped vehicle in terms of safety and is rather complete. In terms of driving, the Okavango is one smooth MPV. The 48V EMS mild hybrid system is a pleasant surprise at this price point. We expected the turbocharger, but we didn’t expect the mild-hybrid system to be included for the price that you pay. It pretty much helps smoothen out the dual-clutch transmission in stop and go traffic. Though, it’s hard not to use the 190 hp and 300 Nm of torque on tap with the Okavango. It’s quite a spritely drive that could surprise you. We got the first taste of this hybrid system back when we reviewed the Azkarra. Power is sufficient, though don’t expect it to be as punchy as the Coolray since the Okavango is definitely heavier.

Handling though, is one of the strong suits of the Okavango, as it carries itself well though corners and is planted. Though don’t expect to go too fast in it since you are still dealing with high ground clearance and a higher center of gravity. Still, for what it is, it handles well and does feel very planted. The chassis is more on the rigid side, but that just means that it’s more indicative of how well-built the Okavango is. Since it is only a mild-hybrid system, we didn’t expect this car to run circles around its other rivals. Instead, it nestles nicely into the middle of the pack, with a city figure of 7 km/L in traffic, 13 km/L when it clears up at about a 50 km/h average speed and 16.5 km/L on the highway at 90 km/L which is not bad considering you got more weight to lug around.

We will admit, the Okavango in its Urban trim strikes a good balance between a peppy and fun drive with practicality. It crosses those two attributes very nicely, and it’s one of the better options now out in the market. We are impressed with a lot of things about it, so much so that the few things that we listed as cons about it are more or less nitpicks, except maybe for the lack of Apple CarPlay and Android Auto.

For the price of the Okavango, that’s the most shocking part about the car, because it starts at just P1,208,000, and tops out at P1,308,000 which is a price tag that would make you wonder how Geely makes any money off it. The quality is better than expected for a 7-seater of its price point, and it stands as one of the better models out in the market in this regard.

Regardless, it is quite impressive even if it’s not the most flamboyant of Geely’s offerings. It’s more rugged, but still refined at the same time, and that EMS mild hybrid system is standard throughout the line. Now if only its name was much easier to remember. 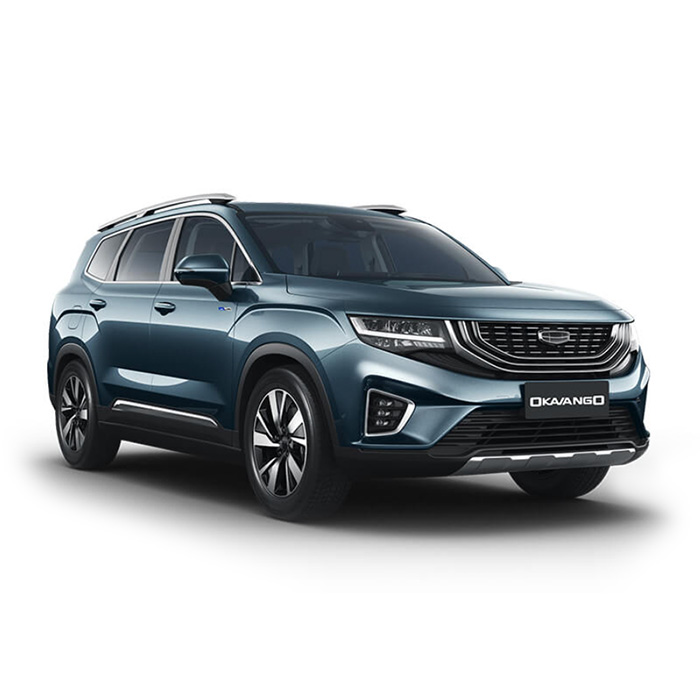 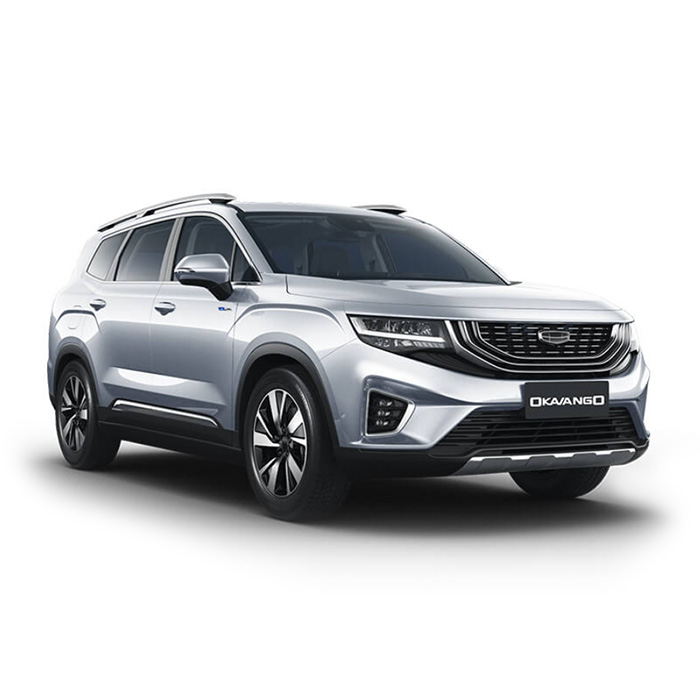 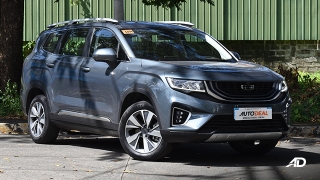