The compact crossover SUV segment, just like its subcompact crossover counterpart is sowing beginning to heat up. More and more options are entering the market as there is a boom in interest for this particular body style. That being said, Peugeot Philippines wants to join the segment with its 2022 Peugeot 3008 which brings unique styling, a great feature set, and great power under its hood.

As a bit of a background, Peugeot Philippines recently relaunched in the country bringing with it a refreshed lineup of vehicles. With the 3008 being one of these models we want to find out if it's worth it and what it has to offer in its competitive segment.

Performance
Engine Output (HP), Acceleration, Transmission, Handling 4.0/5
Design
Exterior & Interior Design, Quality, Fit and Finish, Ergonomics 4.0/5
Ride Comfort
Cabin Comfort, Suspension, NVH Insulation 4.0/5
Safety and Technology
Convenience Technologies, Active and Passive Safety Features 4.0/5
Value for Money
Amount of the vehicle you get for the price, Fuel Efficiency 4.0/5
What You Will Like
What You Won't Like
How We Do Our Reviews From the get-go, the Peugeot 3008 already has obvious cat-like design elements. These can be seen in the front fascia where it has little cuts and creases that make it look like it has something akin to whiskers. It is also evident in the sleek LED headlights that look like a cat’s eye and its signature vertical LED daytime running lights.

At the side of the vehicle, comes sleek body lines along with a small accent that extends from the headlights to the A-pillar of the vehicle. There is also a nice chrome accent at the bottom to help break the body lines along with silver roof rails at the top. The 3008 also comes with LED repeaters on the side mirrors to complement its modern design. As a special mention the 3008 also comes with a panoramic sunroof to give you better natural lighting inside the vehicle.

Moving to the rear and you get a typical crossover tailgate design. It's tall and wide but does come with the brand’s lion claw LED taillights which gives the vehicle a better look. Like the front, it is evident that cat-like design cues were deliberately placed on the vehicle. It does come with a black accent on the tailgate to break up the lines which are good but it is akin to piano black which is something we don't exactly like. It also does come with faux exhaust pipes at the rear which again looks good but isn’t functional. Stepping inside the Peugeot 3008, it greets you with a unique interior. It feels like you are about to set off in a fighter plane which is ironic as the lion brand was once in the aerospace industry. The instrument cluster is crisp and clear and comes with great viewing angles for the driver. Its infotainment system is also positioned ever so slightly towards the driver hinting that this vehicle is more of a driver’s car.

Aside from this, the crossover also has a great mix of soft-touch plastics and other textures. This is one of the models that we actually think is doing something innovative by extending the user experience past just shiny looks. The different textures help elevate the ownership experience just a little bit as it offers something unique to its segment.

One thing that sets the 3008 apart from its competitors is that it comes with a unique steering wheel that is flat on both the top and bottom. This makes it feel like you are driving with joysticks rather than a wheel. It does take some time to get used to especially as we are all used to round steering wheels but it does get the job done. The Peugeot 3008 is well equipped for its class as it comes with a 10-inch infotainment system with a high-quality display. The screen also acts as the climate control for the vehicle which can get a little bit annoying to use especially if you have to shift between Apple CarPlay or Android Auto. Speaking of these two features, the 3008 does come with wired Apple CarPlay and Android Auto which is something we like.

Something that we had mixed feelings about with the crossover was that its i-cockpit that has that can be a bit confusing, especially since the infotainment system had a bit of a learning curve to get used to. If you are used to Japanese, Korean, or American car control layouts, then the one in the Peugeot might initially confuse you. Once you get used to it, however, it does become second nature. Riding inside the Peugeot 3008 is pretty standard, the chassis does a great job of absorbing the road imperfections despite the suspension leaning towards the stiffer side. The seats are nice and supportive and have the right amount of bolstering to keep you in place during spirited drives or just to keep you comfortable while in traffic. For safety, the Peugeot 3008 comes with dual front airbags, side airbags, and curtain airbags, which is pretty standard for its segment. Aside from this, the crossover also comes with ABS with EBD, an electronic stability program, rear and front ultrasonic parking sensors, and advanced grip control. It also comes with advanced driver assistance systems such as active blind-spot monitoring, active lane-keeping assist, and advanced driver attention warning. Under the hood, the Peugeot 3008 packs a 1.6-liter twin-scroll turbo engine. It develops a healthy 165 hp and 240 Nm of torque. Power is sent to the front wheels via a 6-speed automatic transmission. The turbocharger kicks in fairly early and can push you into the seats but it's not enough to be uncomfortable or violent it delivers just the right amount of kick to put a smile on your face and makes things exciting.

As it is a crossover it's no sports car when it comes to handling, but Peugeot did try to inject some fun into it by making its suspension a bit on the stiffer side. You will experience a bit of understeer but it's easily manageable.

With great power comes great responsibility as the 1.6-liter turbocharged powerplant from the crossover can get you great fuel efficiency numbers. As the power is fairly linear in its delivery you can expect to get around 8.6 km/L in the city and 22.4 km/L on the highway. These are pretty standard city fuel efficiency numbers but for its highway numbers, these are impressive. The Peugeot 3008 is priced at P2,090,000 which means that it's priced a little bit higher than a few of its competitors such as the Ford Territory and the Geely Azkarra which means it can be a tall ask for some buyers, especially for those who want to maximize their cash. However, what it does give you is great driving dynamics along with the French approach to its cabin design. The i-cockpit can be a bit confusing to use initially but as you get used to it, it becomes second nature which is great.

All things considered, this is a great crossover to consider especially if you want something a little bit different and a bit more french. The interior is futuristic in its design which is great and will age well as tech progresses. The different use of materials is also something we like as it adds a new element to the premium theme of the crossover. Power is also great and won’t leave you hanging when you need it. With what it offers, the 3008 is ready to roar into the segment and is poised to be a serious contender especially as Peugeot has plans to further extend its dealership range in the country. 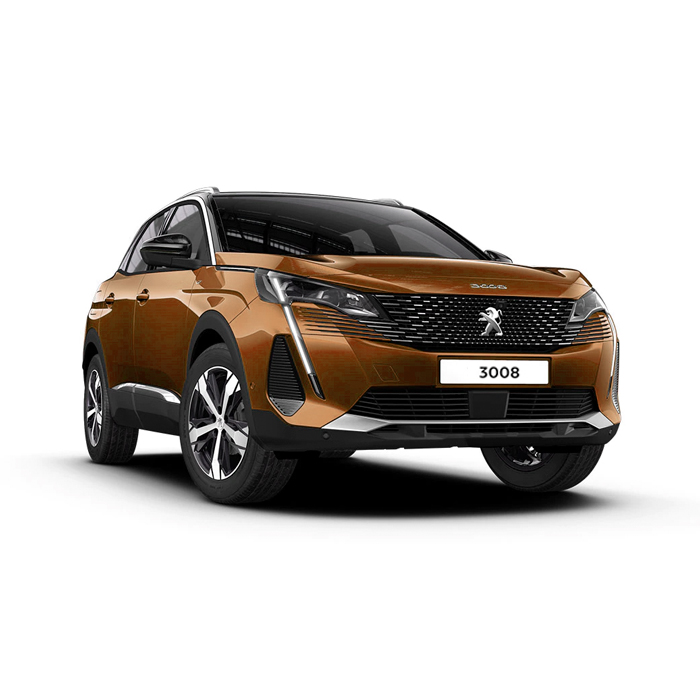