There’s no denying that the market is shifting from sedans to crossovers and SUVs, and that doesn’t apply just in the Philippines, but globally as well. The versatility of these raised vehicles, among many other things, is really attractive to car buyers. So much so, that Peugeot transformed both of its MPVs, the 3008 and 5008, into crossovers and immersed into the intense competition within the global crossover and SUV market.

We’ve driven the diesel-powered 3008 before, and I personally loved its whole package. Its price could be too much for some, but with the variety of features it can offer, along with its exemplary fuel consumption, it can be a value-packed proposition.

This time, however, Peugeot Philippines lent us the 3008’s bigger seven-seater brother, the 5008, thus allowing us to understand what it can offer to Filipino families who are looking for better options in the sea of Japanese and American crossovers and SUVs.

Performance
Engine Output (HP), Acceleration, Transmission, Handling 3.5/5
Design
Exterior & Interior Design, Quality, Fit and Finish, Ergonomics 4.5/5
Ride Comfort
Cabin Comfort, Suspension, NVH Insulation 4.5/5
Safety and Technology
Convenience Technologies, Active and Passive Safety Features 4.5/5
Value for Money
Amount of the vehicle you get for the price, Fuel Efficiency 4.0/5
What You Will Like
What You Won't Like
How We Do Our Reviews As mentioned, the 5008 is essentially a crossover with its monocoque body construction. This differentiates the French car from its midsize seven-seater counterparts like the Toyota Fortuner or Mitsubishi Montero Sport, which are both body-on-frame. But that doesn’t necessarily put the 5008 at a disadvantage when it comes to looks, versatility, and overall size.

In fact, when compared to the two Japanese SUVs, the Peugeot is at par when it comes to overall length, width, and height. The 5008, however, has a much longer wheelbase at 2,840mm and a higher ground clearance at 236mm. This gives the French vehicle more flexibility in tackling ramps, deep potholes, or even curbs – not that you need it, but just in case. Take note, though, that off-roading still isn’t one of its strengths. It is, after all, a 4x2 crossover, and the lack of sturdy under-frame chassis has its limits. As for the looks, the 5008 is like the upsized version of the 3008. They’re almost identical to the point that you need to actually check the badge at the rear to see if it’s a ‘5’ or a ‘3’ that you’re looking at.

With that, the 5008 has the same emphatic appeal of the 3008. The host of LEDs are as delightful to see as they’re functional, especially the LED “3-Claw" taillights that I absolutely adore. Of course, the intrusive arch illusion in between the front and rear doors is also there. But then again, with cornering lights, a conservative amount of chrome, and 18-inch Diamond alloy wheels – what’s not to love about the 5008? The finesse continues inside the cabin, which also mimics the upscale feel of the 3008. Supple leather and soft-textured fabric wrap the whole cabin, as well as silky chromes, piano black accents, and a few matte plastics. It’s a refreshing sight, which could make you want to stay long inside the crossover and appreciate the amount of thought poured in putting together this well-crafted interior.

To heighten up the posh appearance, Peugeot put dimmed ambient lighting inside. Both displays – the digital instrument cluster and eight-inch floating infotainment touchscreen system – also look good and appear soft to the eyes. Both are customizable and easy to deal with. The double-flat-bottom leather steering wheel is also a welcome feat to the driver-centric dashboard. The interior isn’t all about aesthetics. The buttons are in place for easy operation and their functions are intuitive even for those who are rookie to Peugeot cars. I have just one tiny bit of a qualm about its controls: it would take you two steps to toggle the fan blower of the air conditioning system because it’s embedded within the infotainment system. That’s fine as the automatic climate control works as it should be, but for those who would like to set it by themselves, it would need some time to get used to – just like the cruise control lever behind the steering wheel.

Aside from the premium feel and ergonomics, the 5008 highlights comfort that could outdo its midsize SUV counterparts. The seats are soft and cozy, while the suspension setup is of a typical crossover – not bouncy and able to absorb most road imperfections. NVH isolation is also exceptional and the front occupants are gifted with massagers. Yes, massagers, which could make long hours of driving more bearable. The driver has an eight-way power-adjustable seat as well, with a heaven-sent memory function. If you’re the type who’s compulsive with personal driving position, you know what I mean. While space in the front cabin is ample, second and third-row passenger-wiggle room is just on the average. It really isn’t a problem if you’ll use the third row for cargo; the leg- and head-room at the second row is more than sufficient for three full-grown adults, plus there are A/C vents, USB charging ports, window visor, and foldable table to boot.

However, if you’ll use the third row to add two more passengers, the second row would need to compromise and slide the seat forward to allow sufficient legroom for people at the back. With that, space isn’t much, but it’s enough; a two-hour journey would be bearable but beyond that, you may need to pull over so everyone could stretch their legs. But if you’ll use the 5008 to haul cargo, you can maximize the cargo space by folding all the seats completely flat to the floor. It’s like the 5008 didn’t lose its MPV roots after all, which is a good thing. Another thing that separates the 5008 from the usual midsize SUV is its 1.6L turbocharged gasoline engine that exceeds expectations. We hear you: a car this huge with a relatively small engine could spell trouble when it comes to power and fuel efficiency. That’s my initial thought when I went through this car’s spec sheet before driving. On the road, however, that’s totally not the case.

The 5008’s engine pulled well, and there was never a time when I asked for more power even when it’s fully loaded. Its output of 165 horses and 240 Nm of torque is surprisingly enough to make the 5008 painlessly sprint to legal speed limits. The power delivery is instantaneous at lower gears, while it shifts to smooth feed when you’ve reached your cruising speed. You can attribute that to its six-speed automatic transmission that shifts precisely. It isn’t as torquey as the diesel-powered 3008, or any midsize SUVs for that matter, but it’s enough to keep me satisfied. Handling the 5008 is a cinch with its light steering feel, so maneuverability within the city isn’t challenging even with its relatively huge size. It also helps that road visibility isn’t obscured by the A-pillars much and the side mirrors provide a wide view at the back with only a few blind spots. It also has a host of cameras that gives the driver a 360-degree live view (also found in the Nissan Terra and Honda Odyssey) of the vehicle at crawling speeds, which again, is a heaven-sent feature.

Although, I wish it could tighten further at speeds for a more composed highway runs. Body roll, of course, is almost automatic with this car’s ground clearance, so you might want to ease it up on long curves especially at speeds. The 5008 is easily one of the best seven-seat family vehicles in the market today; one that can outdo popular diesel-powered nameplates. If only Peugeot cars can have the same price range as what Japanese and American brands have, then that would be great. It would be a sight to see more Peugeots on the road, and for every Filipino to experience the same joy of driving and riding a well-made French vehicle.

But then again, this is the type of car that you’ll buy because you like something different and/or price isn’t much of an issue for you. If you’re the latter, then the P2,990,000 price tag for the 5008 shouldn’t be a problem. The only conundrum is perhaps this: Would you go for the fuel-efficient, diesel-powered five-seat 3008 at P2,790,000, or would you add P200,00 more to get the equally-solid 5008 seven seater? 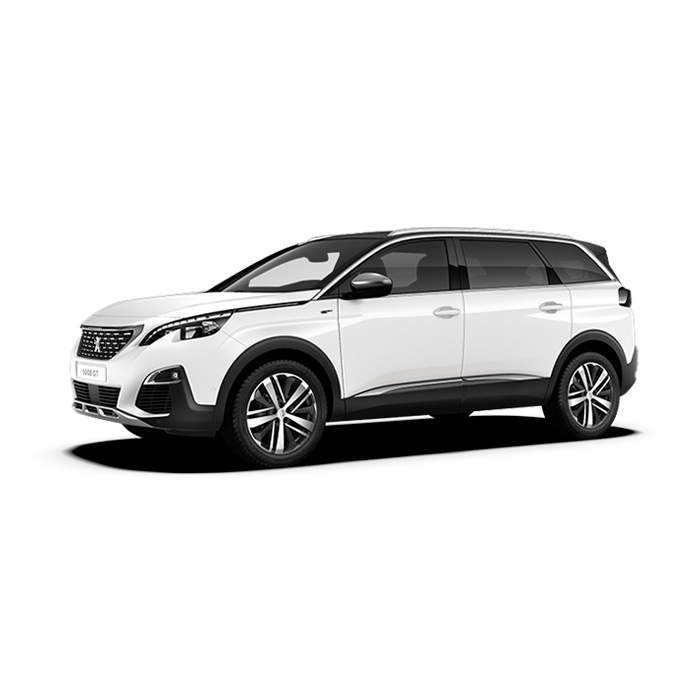