After giving us teasers in billboards and various ads, the all-new Suzuki Ciaz is here. It's their entry to the highly competitive subcompact sedan market and we got to try it out first – all thanks to Suzuki Philippines (SPH).

When SPH announced its imminent arrival last year, we started to wonder. How will it go up against the current segment staples? Is it cheaper? Is it bigger? Is it more powerful? After roughly 3 months, we finally know the answer to these questions. 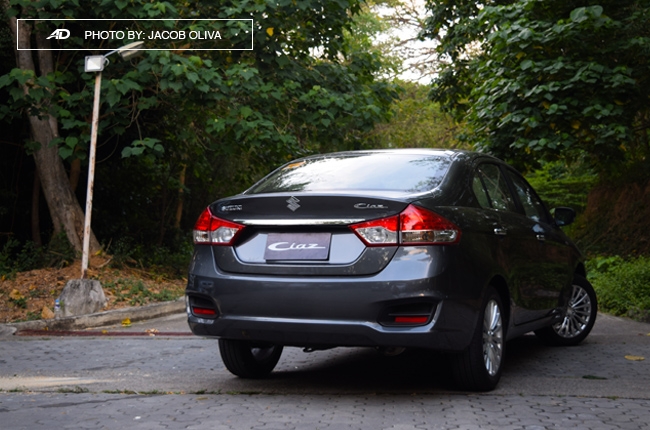 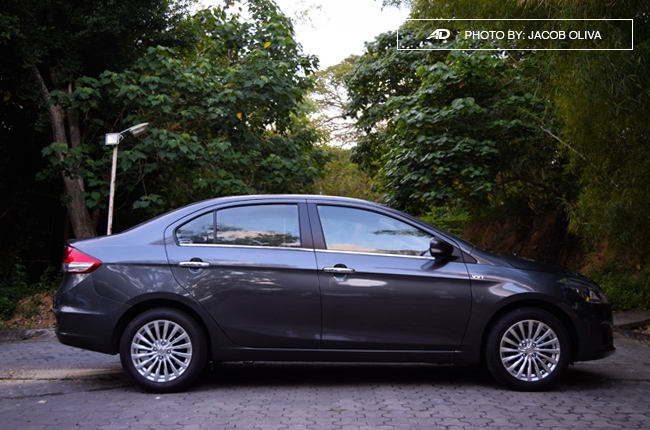 The first thing we noticed on the all-new Ciaz is that its exterior looks bigger than the cars in its class. This is due to its huge projector head and tail lamps, wide horizontal chrome grille, and its minimalist hood. To confirm this observation, we used the AutoDeal Car Comparison tool.

According to the comparison, the Ciaz is at least 80 mm longer, 30 mm wider, 10 mm higher and has a 100 mm longer wheelbase than the Toyota Vios and the Hyundai Accent, its closest competitors in terms of dimensions.

It also has character lines that go across its sides, projecting a lively, forward looking stance. It's then accentuated by fog lamps and reflectors that adds a subtle sporty look. 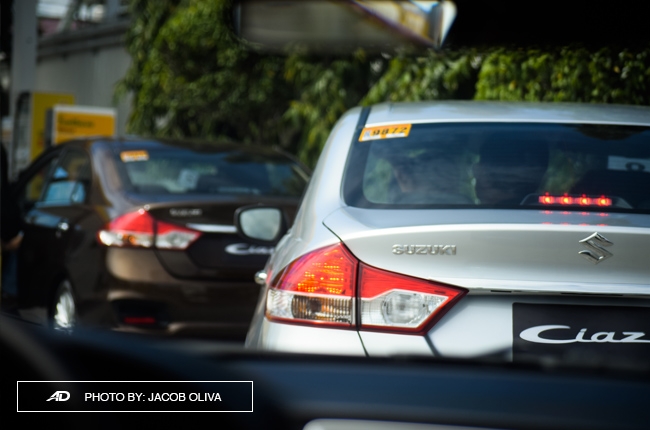 A handful of Suzuki Ciaz were lent to motoring journalists, which includes this author. All 3 variants were available for the long drive and we're lucky to have been given the top-of-the-line GLX AT variant.

The drive with the all-new Ciaz was easy, with pedals that were responsive and light to the feet. This was a relief as we experienced a morning rush hour traffic along Sucat Road, our starting point, before we entered the South Luzon Expressway (SLEX). It was comfortable inside the car; with cool air-conditioning, generous headroom, and soft seats that made us forget that we're actually stuck in heavy traffic.

We're able to breeze through SLEX. Although, we weren't expecting much from the 1.4L gasoline power plant – same engine as the Ertiga. With 91 hp and 130 Nm of torque, it's a little less compared to its competitors but it gave enough power for us to go with the average speed of traffic. The 4-speed automatic transmission was on-point and worked smoothly as well.

On provincial roads, the Ciaz was able to easily take the varying road conditions that we went through. With 3 people and their luggage in the car, we were able to go uphill without excessive step on the gas pedal. There also wasn't much of a body roll on zigzags. And as much as we don't want to, we had to pass through some rough roads since there were on-going construction on some parts of town. Luckily, it wasn't really a bumpy ride at all thanks to the car's soft suspension. 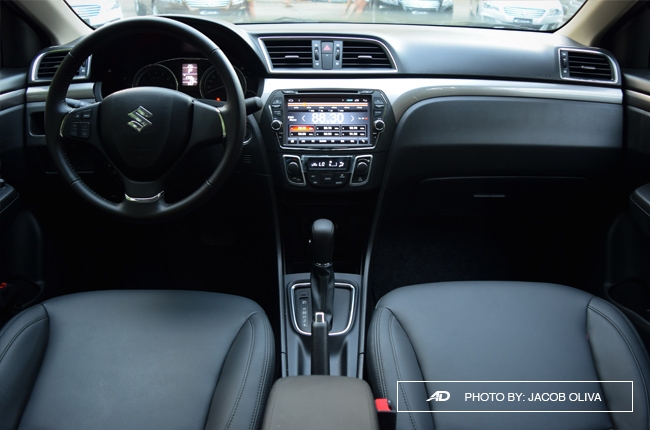 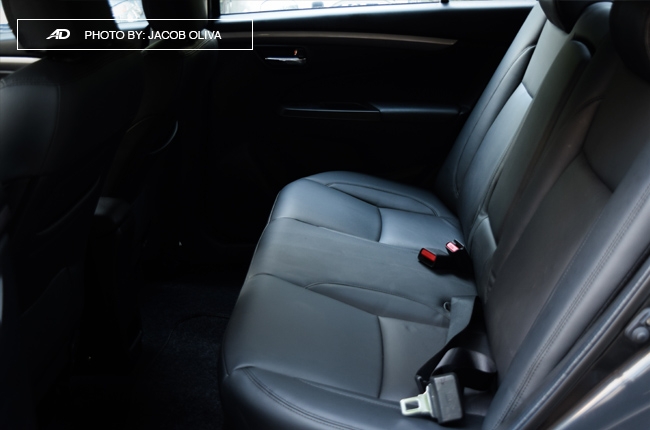 Inside the classy subcompact

There is 1 word that can best describe the Ciaz's interior styling – elegant. And that's for a price tag that ranges from P738,000 to P888,000. Chrome accents were present while the seats and gear shift knob were both wrapped in soft synthetic leather.

The whole dashboard of the Ciaz was simple and well organized. The gauge clusters were legible while the panels were nicely fit. There were plastic trims but they didn't look cheaply made at all. Although, we would love to see a better design for the air conditioning vents as the open/close indicators are a little inappropriate for the whole classy styling.

The 8-inch Android capacitive head unit was user-friendly and the icons were easy to find . It works perfectly with an Android phone but if you're an Apple user, you can connect via Aux-in or Bluetooth to play your music. It's also ready for navigation so you can avoid traffic and get directions for any drive. 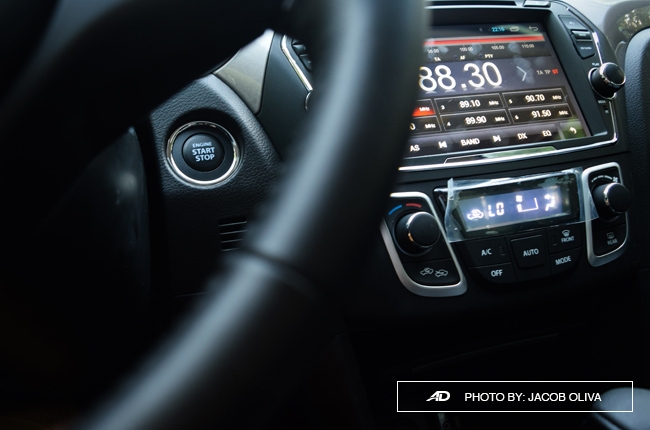 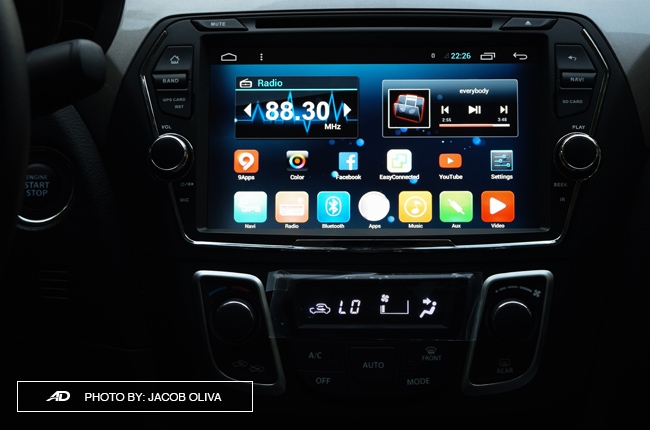 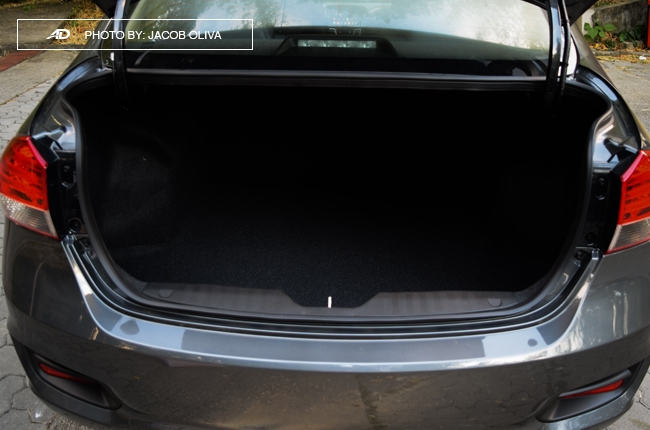 At some parts of the trip, we were given the chance to experience the all-new Ciaz in another perspective as a passenger. The ample legroom is more than what we expected from this subcompact sedan. The soft leather seats was cozy enough that this author dozed off for a short time during the trip.

Lastly, the 510L trunk of the Ciaz was deep and spacious, enough to house 3 luggage and an extra room for 2. This was essential to the long trip that we went through.

Considering its price and generous interior space, the all-new Ciaz is in the position to challenge the subcompact sedan market. It’s fit for people who means business and want a clean-looking and elegant car that has premium features at a competitive price.

For the complete specs and features of the all-new Ciaz, visit the AutoDeal Car Guide.