If you think MINI Coopers aren't fit as an option for a family car, we hate to say this but you're wrong.

Meet the 2017 MINI Cooper Countryman compact crossover. It's a bit bigger than the 1st generation Countryman that we drove last year. It's also MINI Philippines' first and only diesel-powered MINI, which is slotted to take on the flourishing crossover segment in the country – 15% of vehicles purchased via Autodeal in 2016 were from this segment.

MINI Philippines gives us first dibs on the more powerful 2nd generation all-new Countryman SD variant, proving that you can have the best of both worlds: the GO KART driving DNA of a MINI Cooper and the needed interior space for your family. 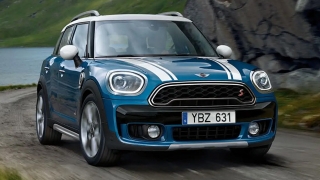 Stylish & Capable - The Cooper Countryman is the largest Mini, which is both fun and capable in a wide range of conditions.