Unveiled at the 2016 Manila International Auto Show, the 2016 Subaru Forester is a beast wearing a tuxedo. Underneath its sleek aesthetics is a sleeping turbocharged 2.0L boxer engine that roars 241 horsepower and 350 Nm of torque. That is combined with Subaru’s Lineartronic CVT and X-Mode that lets you have fun in any terrain.

It’s also not just performance as it received a Five-Star award at the 2015 Japan New Car Assessment Program (JNCAP). Yes, we know that’s for the previous model, but trust us, Subaru only made everything better with this new top-of-the-line Forester XT. 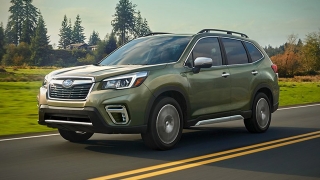 Unstoppable & Active — the new Forester is a crossover that's perfect for anyone with an active lifestyle.