The Maxus D60 is currently the only crossover being offered by the brand locally. Unlike most of its competitors, the D60 can be had with third-row seats, therefore expanding its seating capacity up to 7 passengers. Despite its affordable price, this subcompact crossover offers a good amount of amenities and we’ve even managed to make a list of some of its best features. That said, here are some of the things you can get on the D60 1.5 AT Elite which only tops up at P1,258,000. There is absolutely no hint of copycat with the Maxus D60’s exterior design. The range-topping Elite trim comes with a cobweb patterned grille along with a LED lighting system in the front. It also has some black cladding along with a faux skid plate, giving it a bit of a sportier look. The application of black cladding continues over to the side, it even comes with a step board for easier ingress and egress. The D60 Elite also gets roof rails and a set of two-tone 18-inch alloys wrapped in 235/55 tires.

Its LED affair continues over to the rear, giving its unified taillights a dashing and futuristic look. Aside from the cladding, you’ll also notice its dual-exhaust pipes which function as intended. Overall, the Maxus’ designer certainly did a good job with the D60’s exterior design. Aside from being unique, this compact crossover is a certified looker and it can confidently face its competitors when it comes to aesthetics. 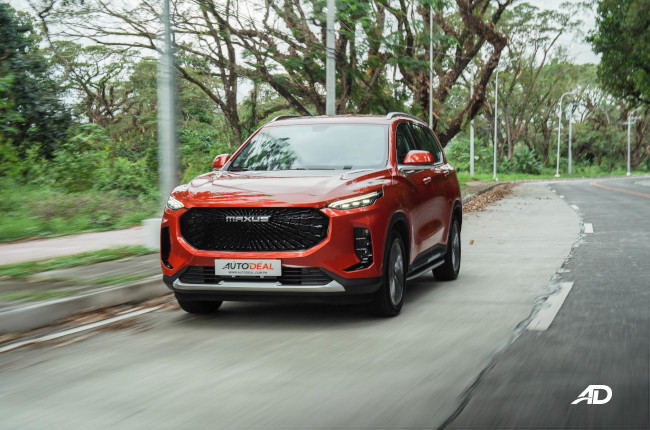 Most crossovers are hailed for their sublime ride and comfort thanks to the unibody structure, and the Maxus D60 is no exemption from that. All thanks to its fully independent front and rear suspension, this compact crossover delivers a smooth and comfortable ride even when passing through bumps or uneven roads. 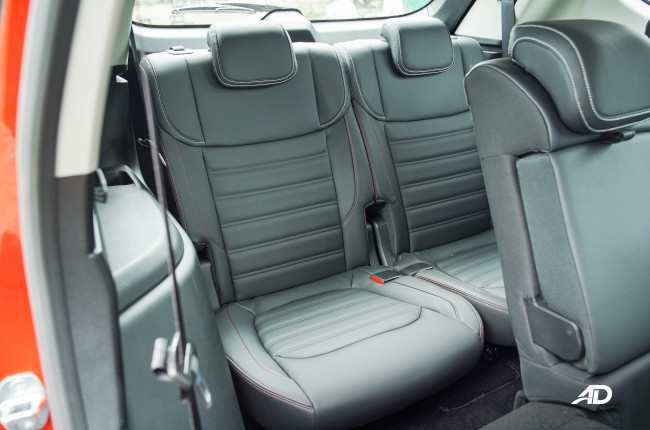 The Maxus D60 Elite can directly compete with the Nissan X-Trail and the Honda CR-V’s diesel range given its additional third-row seating. While it may not be as spacious as some of those found on midsize SUVs, it is still a good addition. While adults wouldn’t like sitting there, smaller kids should be just fine, and you can just fold it down when you don’t need it in exchange for a spacious cargo area. Today, in-car entertainment serves as one of the main selling points among car buyers. Whichever variant you get, the Maxus D60 comes standard with an 8-inch touchscreen. While there’s no Apple CarPlay or Android Auto, it still comes with other multimedia functions including FM/AM, USB, and Bluetooth. The infotainment system is paired with 6-speaker audio, plus, you can control the screen via its multifunction steering wheel. 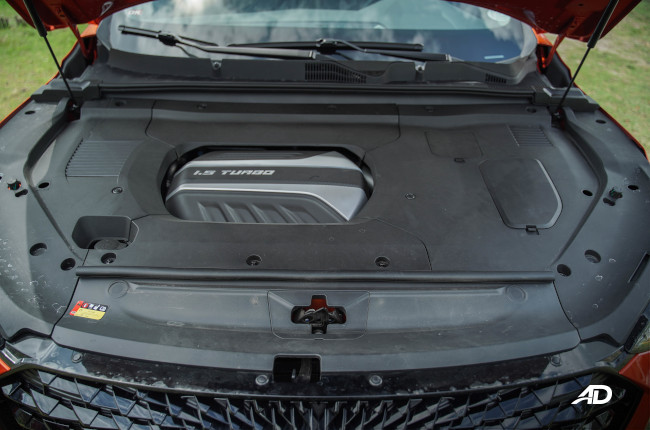 Under the hood of the Maxus D60 is a 1.5-liter turbocharged gasoline motor that churns out 168 hp and 250 Nm of torque mated to a 7-speed DCT. This is actually the same power mill found on the G50, engine performance is pretty good, it's fairly decent getting up to speed. Notably, this pairing was able to return 10 km/L during normal city driving and 18 km/L out on the highway. It’s a decent and economical powerplant that gives other competitors a run for their money.

Are you now decided to get a brand new Ford Everest? If so, then, don’t hesitate to click on the ‘Get Quote’ button—it’s absolutely free. You could even request to test drive the cars so you would know what you’ll like about them, first hand.