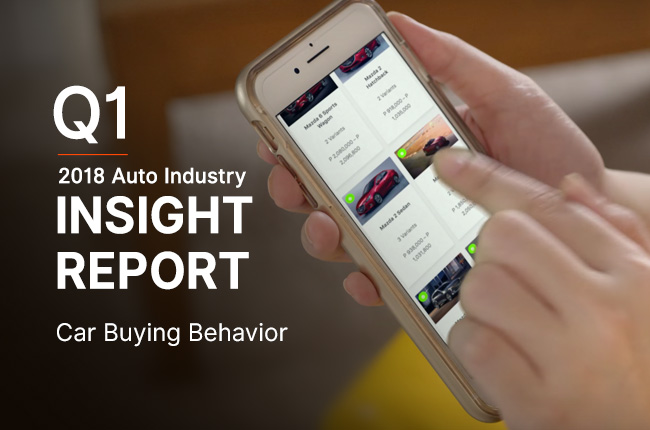 The Association of Vehicle Importers and Distributors, Inc. (AVID) stated a slight slowdown in sales in the first quarter (Q1) of 2018. According to the report, AVID saw a decline from 23,317 units sold in Q1 of 2017 to 22,758 vehicles sold in the same period of this year. The Q1 performance is said to mirror the short-term effects of the TRAIN Law on consumer demand and purchase behavior.

Despite a slowdown in national sales, AutoDeal has been able to monitor exponential results for many of its partner dealers in part due to increased sales conversion from online leads. With competition heating up, increased engagement from sales agents has helped foster vastly improved dealer’s response times to online inquiries. As this happens, the volume of sales generated from digital mediums like AutoDeal should be expected to rise, regardless of a drop in overall transactions.

With the intention of providing more to its partners, AutoDeal recently released its Q1 2018 AutoDeal Insights Report which details several trends related to the consumer behavior of Philippine car-buyers in the first quarter of this year. Noted below are just a few of the key findings we uncovered: 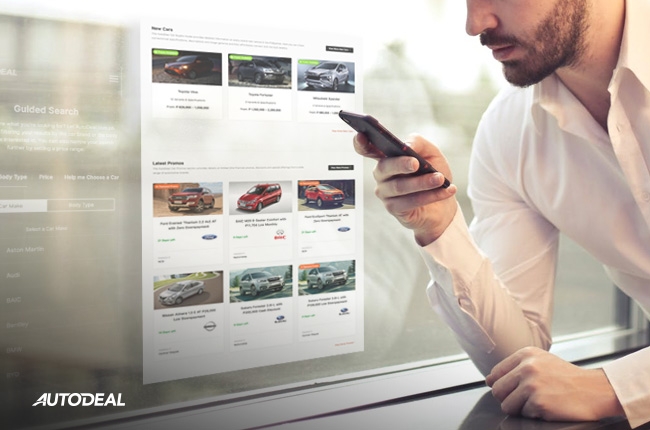 1. Car buyers are shopping on mobile.

64.8% of all car-buying inquiries generated on AutoDeal from January to March 2018 were initiated by users on smartphones. Peak times in the day for consumer engagement were from 3pm to 5pm and 7pm to 9pm on weekdays and from 8pm to 10pm on weekend. This data suggests that customers are researching online during work hours and at times when dealerships are not typically open for business. Whether it be market normalization or an actual decline, one thing is for certain: the volume of mid-size SUV sales on AutoDeal appears to have taken a turn as of Q1 2018. Being one of the market segments most heavily affected by price increase (mostly due to TRAIN), this segment has seen its share of sales on AutoDeal decrease from a record high of 36.75% in Q2 2017 to 14.4% in Q1 2018. Taking its place has been increased growth in the light pickup truck, subcompact and compact crossover segments. As we’ve discussed elsewhere, it would appear that Philippine car buyers are taking more time to complete a purchase. This has been recognized by a decline in buyers stating that they would complete a purchase in zero (0) to three (3) months, and an increase in users stating that they would be willing to purchase during a period of three (3) to twelve (12) months. Time for dealers to put their prospect retention plans to good use! While the industry experienced a slump in sales for the first quarter, interest levels remain firm with the volume of inquiries on AutoDeal decreasing by only 1% compared to Q4 2017. Year on Year, total online inquiries have risen by 37.6%, thanks in part to the increased engagement from prospective buyers in areas outside of Metro Manila. In Luzon, areas like Bacoor City now account for 2.03% of total AutoDeal inquiries. In Visayas, Cebu City and IloIlo City account for 1.84% and 1.22% of total inquiries, whereas in Mindanao, Davao and Cagayan De Oro account for 2.77% and 1.86% respectively.