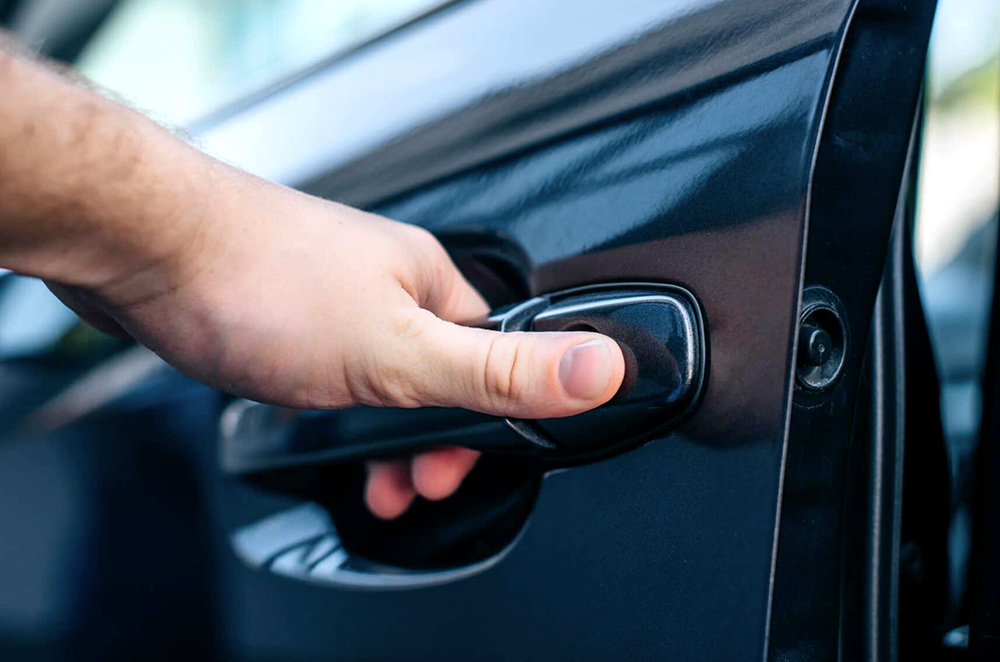 Car design is an ever-evolving process. Since the introduction of the automobile, their designs have changed significantly over the years due to trends and in the pursuit of better safety. One functional design element that has also evolved with the car are its door handles. It's an often overlooked feature that can have a big impact on how the vehicle looks and can even impact its aerodynamics if not done correctly.

With that in mind, we take a look at how car door handles have evolved along with the new types that sprouted out over the years.

First on the list is the push-button type of door handles that were made famous by vehicles from the 1970s. These work as the name suggests in which you need to push the button down first before you can open the door. As part of its design, the key opener was also found on the button making it easier to unlock. In some cases, the key opener was found in a different location, nevertheless, the door handle still functioned the same way. This style of the door handle was eventually phased out due to safety regulations. 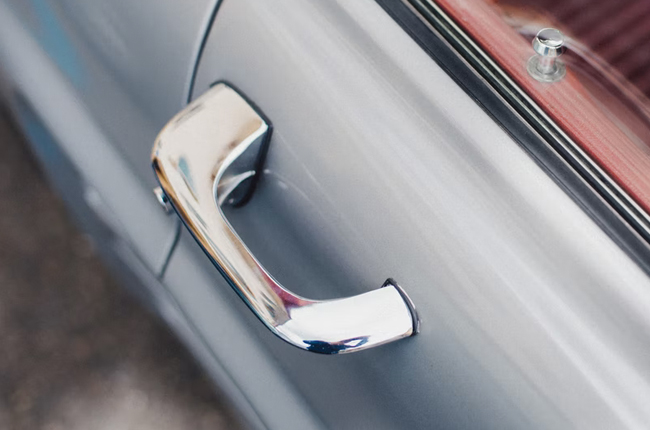 Design-wise this kind of door handle worked similarly to a pull-type door handle with the added feature of you needing to pull a trigger mechanism to unlock the door. This style of the door handle was prevalent in the 70s but was also phased out due to changing safety regulations. 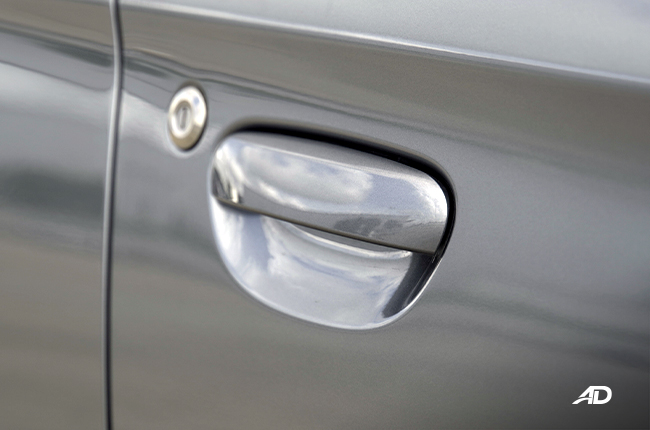 Another design relic from the 60s and 70s is the flap-type door handle. While this was still found in a few 90s cars including some select exotic vehicles, the design has been slowly phased out. The door handle works by you need to pull back the flap to open the door. It's simple and to the point, but it can be hard to do if the door handle is wet or if it is iced over.

It is important to note that the design also works on a vertical orientation as well but the predominant version especially in the early 60s to 70s was on a horizontal plane. The image shown above is its modern counterpart that goes with a vertical orientation. It is also referred to as a pull-up type of door handle which has become popular in more modern times. However, this kind of design is slowly being phased out in favor of pull-out style door handles as it is much safer and more natural to operate. 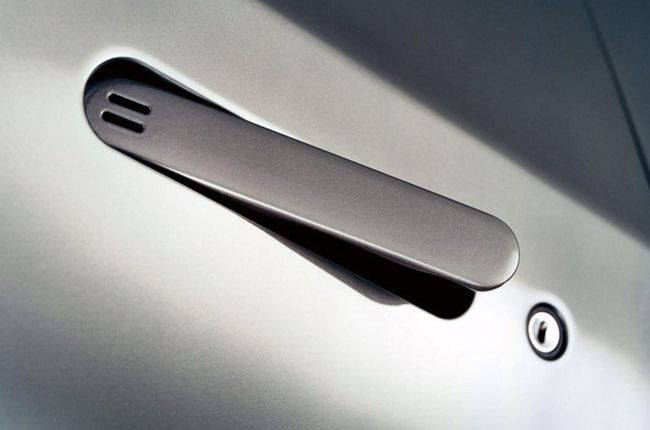 These kinds of door handles are a rare sight in the automotive industry as only a few vehicles adopted this style. Instead of pulling on a flap, this type of door handle needs to be pressed down to get the door open. The orientation of the door handle will differ depending on the vehicle but the function remains the same. In some cases, the handle will swing out of the car before you pull it to open the door. 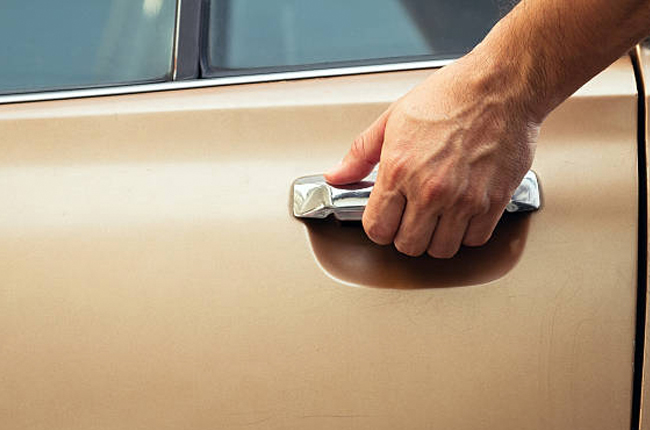 A more popular design option for door handles especially in more affordable vehicles is the pull-up type style. This design was extremely popular in the 80s and 90s with some vehicles still having it to this very day. You simply need to pull up the handle to get into the car, it's straightforward and to the point. The reason why this kind of design was so popular was that it was cheap to make and didn’t require any fancy metallic components. Just like the previous door handle design, its popularity went down as the pull-out type of door handle was favored due to more stringent safety requirements. 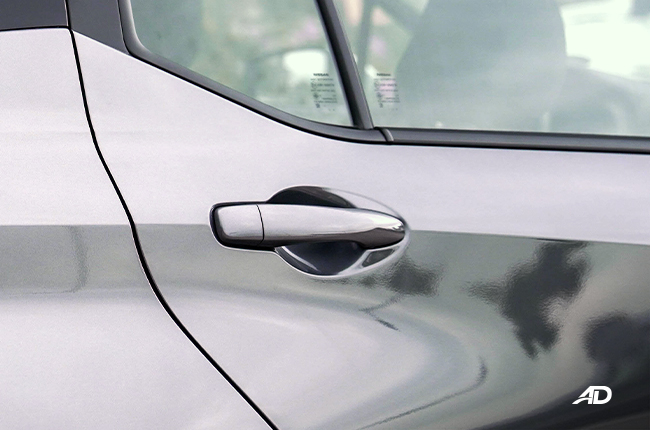 This kind of door handle design is the most commonly used type for modern vehicles of today. The reason for its rise in popularity is that first, it isn’t a fragile design as they don’t break as easily compared to their pull-up counterparts. Secondly, it's also much more affordable to make as the “grab” or latch part is just one piece leading to a more cost-effective and simpler design. Aside from this, the design of the door handle aligns itself with the direction of the force applied to open the door making it an easier process.

As a bit of a fun fact, a factor that lead to the popularity of this kind of door handle design was the increasing number of women buying cars. The design let them grasp the door handle with ease without the risk of them breaking a nail in the process of opening the door. 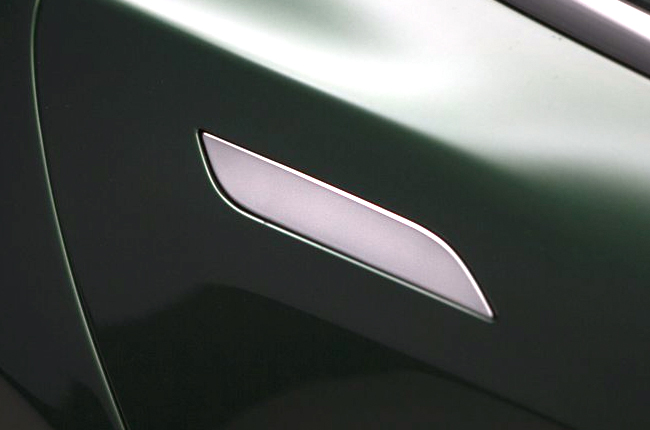 A more futuristic design is the touch-type door handles. As the name states, all you need to do to open the door is to touch the handle in a similar way you would use a fingerprint scanner to open your smartphone. Not many mainstream vehicles have this kind of door handle as it is expensive to make. As such the touch type of door handle is usually relegated to more up-market vehicles as it gives a more premium and futuristic feel.